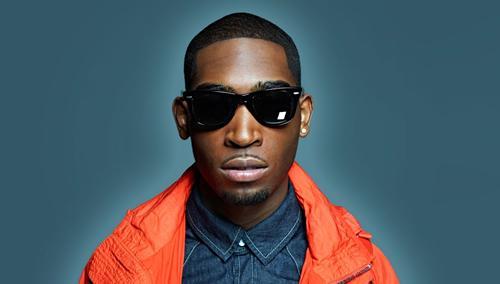 In a recent interview with Tinie Tempah, Edge Magazine asked the UK Rapper (whose real name is Patrick Chukwuemeka Ogokwu) the following question "Coming up to date, have you made a call between Xbox One and PlayStation 4 yet?"

This drew into a discussion about early years gaming experiences to which Tinie answered:-

When I was young, we had a SNES, and we had Super Mario All-Stars for it. We didn't have many other games for the SNES for a while, but there were enough on this one cartridge to keep us busy. I remember at school you had the Sega heads and the Nintendo heads, and it did feel, back then, that Sega was that little bit cooler. But looking at it now, I guess Nintendo had the last laugh. I have a younger brother and two younger sisters, so Nintendo felt like the more family-friendly option, whereas Sega games seemed like they were a bit more grown up

He went on to say that although he does enjoy modern gaming he isn't such a fan of online multiplayer because he hates the prospect of "being abused via a headset by naughty gamers" or "playing against some 14-year-old and them calling me a w****r over the headset" as he put it :-)

I guess I'd have to say Super Mario All-Stars. I play a lot of modern games; I love the Metal Gear Solid series, and I'm really into the GTA games, too. But with Mario, whatever the era, you know what you're going to get. Those games are adventures of the highest order... They have these classic fairytale qualities to them. Here's a man, and he has to rescue a princess, and there's a castle. In many respects, it's a simple, straightforward proposition, but it's very pure... Even the new Mario games — I've got Super Mario 3D World — retain that playability of the 2D originals. Mario games, they're all like playgrounds — playgrounds in which you can just do anything and everything.

As a Tinie Tempah and Mario fan myself who also started with a SNES and Super Mario world and AllStars it was nice to see someone as high profile as Tinie come out as a fellow Mario fan. It was even nicer that it was being asked the old "Playstation 4 vs XBOX One" (with no mention of Wii U) question that prompted him to mention it.