Satoru Iwata on Nintendo Strategy for 2014

In a recent statement on Nintendo Japan's official website; Nintendo president Satoru Iwata had a lot to say about the companies recent bad run in sales and how they are going to attempt to change the fortunes of the Wii U and Nintendo as a company in 2014. 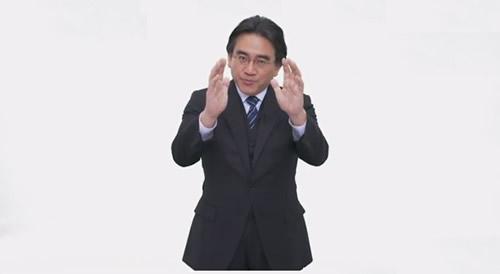 As you would expect the Nintendo 3DS has a strong lineup of new titles ready for release in 2014 and this is intended to be the main source of fiscal recovery in 2014 whereas what they are doing with the Wii U looks to be more of a damage limitation exercise driven as you would expect by two major titles which could go some length in recovering the Wii U's progress - those are of course Mario Kart 8 and the new Super Smash Bros title. If those two don't have a major impact on the Wii U's sales figures, what will?

Regarding Nintendo 3DS, we did not sell as much as we expected in the last year-end sales season. Since we expected the sales volume of Nintendo 3DS to increase rapidly in the year-end sales season and saw signs that it would happen at the end of October last year, I mentioned at the second quarter Financial Results Briefing that we would aspire to deliver great results in the year-end sales season, but we are now reflecting on the fact that we could not achieve it. On the other hand, since Nintendo 3DS has an installed base of more than 40 million units globally as I mentioned earlier, we are now getting to the point where it is impossible not to turn a profit with our software business. We have many key titles to be released in this calendar year and we will strive to drive profits from these titles. Seen in this light, I believe the key profit-driver for the next fiscal year will be Nintendo 3DS. Regarding Wii U, it is not easy to make a significant profit with the current units sold. The price reduction of the hardware in the overseas markets represents a large amount of our total expenditure for this fiscal year, but based on the premise that we will not make such a reduction in the next fiscal year, I think our business can operate without such a negative effect on our profitability. Also, in this calendar year, we will release “Mario Kart 8” and “Super Smash Bros.” which are kinds of games that Nintendo has been particularly strong with in encouraging players to invite each other to play. Therefore, with these two titles as our main drivers, we would like to make sure that the markets will thoroughly acknowledge the value of Wii U, including the titles that we have released to date. Also, we will try to turn around Wii U and enrich the value of the GamePad, a point I mentioned earlier in my presentation. With regard to Wii U, it is not realistic to hope that it will sell 100 million units in the same product cycle as Wii. On the other hand, I believe it is never too late and it is possible to achieve a certain level of sales volume and a certain level of results with Wii U depending on how we write its scenario. Therefore, we would like to come up with a realistic scenario and turn Wii U into a platform that generates as much profit as possible.

Source of the above statements from Satoru Iwata

What do you guys think? Will those two big first party titles, plus the already released 3D World, Zelda Wind Waker HD etc be enough to save the Wii U? or do we have a write-off?