Masahiro Sakurai doesn't reveal new(or returning) and devastating attacks every day. But when he does, they appear to hit pretty hard. I mean you just have to look at Donkey Kong's face in the latest shots from the upcoming Super Smash Bros title for Wii U and 3DS when he gets hit by Toon Link's Home-run bat attack. 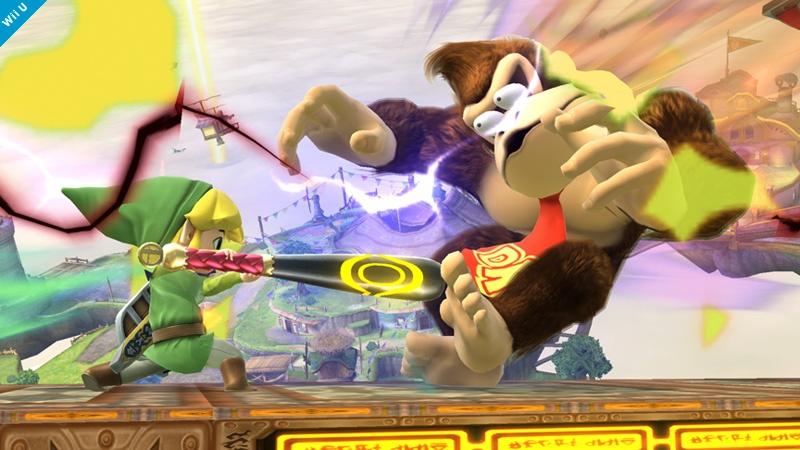 How hard can the little guy really have hit DK? seeing as the below picture appears to show Donkey Kong leaving the arena against the will of gravity, it must pack quite the punch. 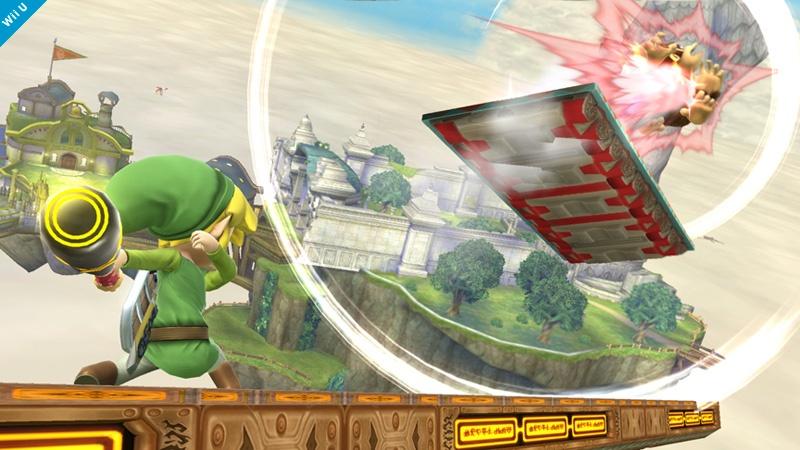 This move is sure to be a favourite with fans, I mean who doesn't enjoy looking into the slightly protruding eyes of their opponents just before they take flight? So what do you guys think of the return of the Home Run Bat?