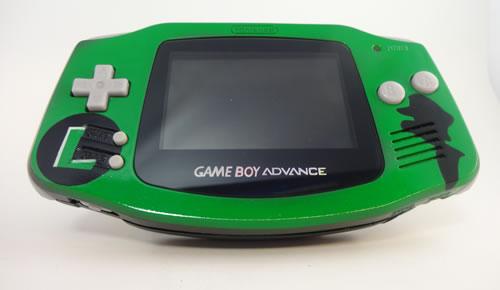 Today I have a really nice custom Luigi edition Gameboy Advance from 8 Bit Evolution to show you guys.

I ordered this a while back but only now got around to posting about it, so one Saturday the postman rudely awoke me from my slumber with a signed for item from the U.S, I opened it up and there it was a little box branded 8bit Evolution with a Gameboy Advance inside, my postman rage quickly dissipated and I inspected the little box further, reading the back of the box:

You are holding one of 8 Bit Evolution's professionally redesigned Gameboy Advance Consoles. Relive your childhood memories with a back-lit, graphically superior LCD screen.

I am a retro man at heart and was very excited to see what was inside, a one of a kind (well almost, they've done a couple of these but I do mean literally a couple) custom made Luigi themed Gameboy Advance. OK so lets talk about this neat little console in a little more detail - is this simply a Gameboy Advance that's been coloured in? No, there are some very important factors aside from the aesthetics of the new shell:-

The 8 Bit Evo version of the console comes with a really strong backlit display so you can play your GBA games on a glorious bright, colourful display for the first time. Not only this but all of the buttons, dials, sockets have been completely replaced and redone.. these guys really do breathe new life into old consoles. Another aspect which I really like compared to the original GBA is the buttons, they feel a lot less "squishy" and a bit more "clicky" which is great for me but I guess that element of it is down to personal opinion and preference. 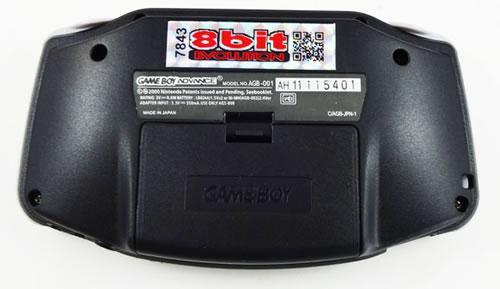 So you want to see exactly how this compares to the original GBA and the GBA SP right? Rerez has done a really nice video comparing the three, check it out below:-

8 Bit evolution offer a wide range of custom painted consoles (anything from SNES to Megadrive to N64s etc), custom GBA shells, restored custom GBA's and Gameboy Micros and lots of other extremely cool and one off stuff especially if you are a bit oldskool like me!

Click here to visit their shop and have a browse of some of the finest retro wares on the intraweb.