Game And Watch Gallery 4 was the first Game and Watch Gallery game to be released on the Game Boy Advance. It features a variety of the Game and Watch titles that were made between 1980 and 1991. For the most part, this title sticks to the formula of having the great classic mode recreate the game as it used to be, as well as modern game modes that infuse new graphics and music into the game.

Of course, the gallery feature makes a prominent return in all of the Game Boy Advance version. It comes with renovated graphics and an incredible variety of colors that make it one of the more memorable galleries to appear in the games thus far. In this area you will see many of the different rewards that you earn by meeting certain requirements in the game.

Stars also play a very important role in this game as they did in the previous Game and Watch Gallery games. For every level that you beat and gain scores, you will gain a level of stars at a rate of one to five stars, depending on your skill. 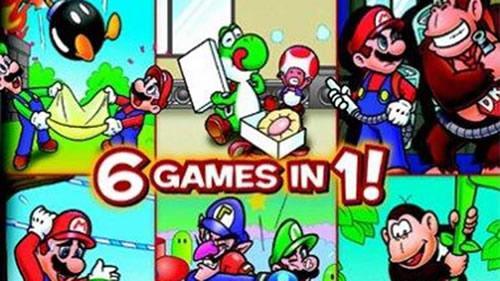 Join your favourite Nintendo characters including Mario, Toad, Donkey Kong Jr, Wario and Princess Peach in the Modern Mode ruckus, which combines the simple movements of the classic games with new graphics and additional levels. Plus, use the Game Boy Advance Game Link cable and challenge a friend in single-pak multi-player action.

The gameplay of the Game and Watch Gallery 4 is comprised of many different mini games that can be completed as part of the overall game. 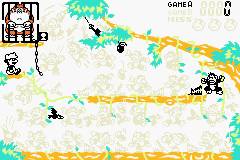 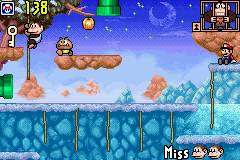 In this game, both Mario and Luigi arrive at Princess Peach’s castle to find that it is on fire! They must help their friends escape the blaze by catching them in a blanket and bouncing them to safety. The classic version only features people helping others out of an apartment, so the Mario version of the game is much more engaging. If you miss a jumping person, you have points taken away from your total.

In this mini-game, you take control of Luigi and try to knock your opponents out before they manage to KO Luigi. These enemies are Boo, Wiggler, and the nefarious Waluigi. Show them that you don’t need your brother to fight your battles!

Rain Shower
Bowser decides that it is a good time to rain on everyone’s parade as he shows up with paint balloons and starts dropping them on unsuspecting people below! You have to use Mario to move everyone out of the way. If you decide to up the ante and play on hard mode, then you also have to compete with Waluigi trying to ruin your saves.

Donkey Kong Jr.
Within this game, you take control of Donkey Kong Jr. as he completes his mission to find enough keys to free his dad from a cell.

Donkey Kong 3
In the classic version of this game you play as Stanley, as he fires bees at the nefarious Donkey Kong. However, in the modern version of the game, you use Mario to use bubbles to redirect boos and fireballs at Donkey Kong.

It is important to keep in mind that every time you play a two-player mode, you get at least one star. 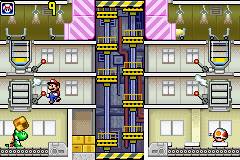 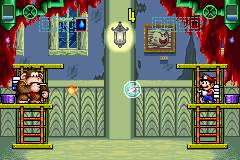 In the modern version, you play as Peach so that you can cook food and throw it down to feed Yoshi. The classical version of the game you have to play as a chef who is trying to keep his food from hitting the floor. Once a piece of food touches the floor, it gets stolen by a greedy mouse.

Mario Bros.
The modern game has Mario and Luigi doing their best to live by making cakes in a factory as Bowser, for some reason, attempts to stop them. The classic game is similar in that you play as the titular brothers, but if you miss a cake you are yelled at by your boss and you have points counted against you.

Donkey Kong
The modern game plays a lot like the old one. You use Mario to save Princess Peach from the terrible Donkey Kong while jumping over barrels and dodging some Koopas. Classic players of this game will experience having DK toss barrels at Mario while he ascends to the top of a work site. Once you get to the top, you have to retrieve the key and toss a switch, otherwise, you get a miss.

Fire Attack
In this modern version of the game, you will play as Wario and try to protect a statue of himself from assaults. Classic versions of the game have you working to prevent Indians from attacking the base. Not very PC for the modern age.

There are many different games that you can unlock as you earn stars in the game. Here we will look at the stars needed to see the games and then stars to unlock the game. 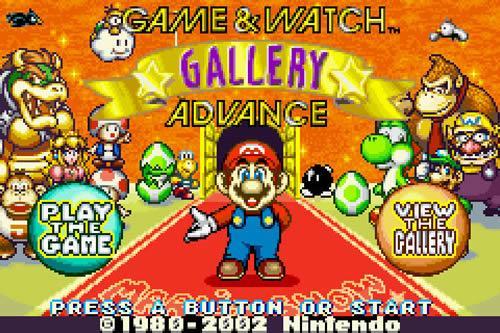 For the most part, the reviews on this game have been mediocre. Even though many of these games feature Mario characters, they seem to be missing something to give them the lustre that they need. IGN gave the game a mere 3.5 out of 5, citing such weaknesses as the fact that the game was interesting, but painfully shallow. The graphics gave the games new life, but the lack of long term play limited the game’s appeal for many people. 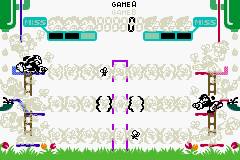 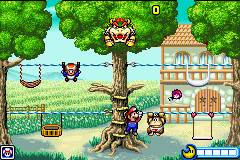