In Defense of Super Mario Bros 2

***
gplus
Digg
Gshare
Reddit
facebook
Pin It
twitter
Super Mario Bros 2, as a dolled up installment and sprite swap of Doki Doki Panic does not get a lot of respect online. From being treated as one of the worst Mario games ever (by people who'll apparently defend Super Mario Land to the death despite all possible evidence) to being treated as not a 'real' Mario game by people who apparently think anything outside the origjnal formula is bad, the game gets a sadly huge share of criticism by people who just don't seem to get exactly how important the game was for the Mario franchise.

Note: The *** Attack top ten worst Mario games is a key offender of this, comparing it to freaking Hotel Mario and Mario is Missing.

But it all ends here. I'm sick of the idiotic criticism this game gets for badly defined reasons. I'm sick of the constant rubbish about how because it's actually some obscure Japanese game with Mario stuff it's somehow inferior to a bloody level pack for the original, and more to the point, I'm sick of how many seem to bash this game and call it horrible for no real reason.

First things first, please note how much more important the Super Mario Bros 2 game everyone outside of Japan got is to the series than the Lost Levels. It was original content. It kept Mario momentum going and didn't kill it dead by supplying just more of the same original in level pack format. And more importantly, tons of the game's elements made it into the series mainstream, and have shaped what we think of as the Mario franchise today.

Take the enemies. Shy Guys, Bob-ombs, Pokeys and Snifits would have never existed if this game wasn't changed to be a Mario game. Can you imagine a Yoshi's Island or Paper Mario (N64) without Shy Guys? A desert level like Shifting Sand Land without Pokeys, or the intro of Super Mario World having none? Of a Super Mario 64 without Snifti variants shooting metal bullets at Mario's head in the Hazy Maze? I couldn't. It'd be a *** boring series without some of the variety this game brought.

Just look at the enemies brought in by this game. Shy Guys. Ninjis. Pidgits. Beezos, Snifits, Sparks, Cobrats, Pansers, Pokeys, Porcupos and Bob-ombs. What you may ask, how are these important? Well Pidgits appeared in Super Mario World, Wario's Woods, Super Princess Peach and Mario and Luigi Partners in Time. Minor appearances, but that's still a unique enemy we could have lost without the game. Sparks appeared in Mario vs Donkey Kong and Paper Mario (remember Watt?) And Pansers appeared in the future as Volcano Lotuses, Lava Lotuses and Pompon Flowers. Compare it to what the Lost Levels brought. Just the Poison Mushroom as far as I can tell for enemies.

It also brought most of the characterisation for the major characters in the series. Remember it was one of the game's that caused Luigi to control differently to Mario, to have higher jumping abilities and different physics. Or that it was responsible for Princess Peach's near entire Super Smash Bros moveset. Okay, I guess Toad did get the short end of the stick here, since he's never exactly been some tough quick guy who can't jump very far (although that seems to be going to Wario in recent games), but it certainly influenced a fair deal. And let's not forget, it was arguably the first Mario game which had both items that could be picked up and thrown, as well as doors to go through. Not too shabby in any way.

Not to mention the spinoffs. Remember the Super Show, what with it's use of Mouser and Tryclyde as King Koopa's main minions and his minor mooks being made up near entirely of Super Mario Bros 2 creatures? Or the comics, which have been very, very obviously inspired by it (except for Stanley the talking fish): 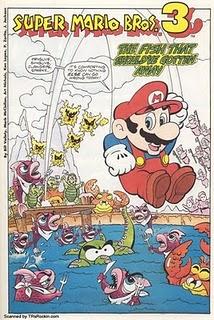 The title is misleading.

You'd also never get to see them weilding machjine guns otherwise, or Bowser taking the role of Darth Vader from Star Wars. Hammer Bros are cool, but it doesn't make a good cartoon to have Bowser's Koopa Troop consist of Hammer Bro #s 1, 2 and 3. 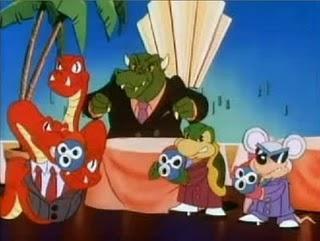 It also brought in some interesting boss battles. Sure, they were weird opponents, and most didn't return, but who honestly didn't love Mouser, Fry Guy, Tryclyde, Clawgrip or Wart? I mean, a bomb throwing mouse with sun glasses? Not going to lie here, but that sounds like it's going to make more video game players excited than the prospect of fighting Bowser another eight/thirteen times would. And for the randomness, it's not very often you see a mouse that dislikes cheese (apparently, in one of the comics, Mouser is terrified by cheese. Not exactly like your Tom and Jerry plot then).

Or Birdo. How many interesting theories came about due to the whole weird gender fiasco? It'd be one heck of a dull parallel universe without arguments about whether it's male or female, and some weirdness would be lost to all. Plus, it inspired that part of Captain Rainbow where you had to prove the character's sexuality through some very non PG means. That always creeps out people on the internet.

But apparently none of that matters to some. Apparently some people seem to have deluded themselves into thinking any change from some Japanese original concept is the work of Satan. God that's the biggest problem with this game and the internet in general, the whole 'changing things for other audiences is stupid/shallow/loses status as 'art'/evil'. Sure, why not completely kill the series by giving them an expansion pack just as Mario Mania took off and making so maybe two percent of the gaming population ever enjoyed it. Or ignore how the translations of the RPGs with Fawful, the 1337 Hammer Bros and Francis are so much better than the originals. Remember, no translations means none of this: 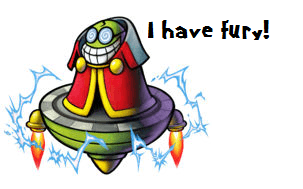 Fawful has a different speech impediment in every region, but it's better in English. 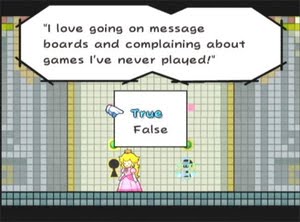 This really does remind me of the haters this game gets.

The executives who thought the original Mario Bros 2 was too difficult were dead right. They were right about too generic, too little new content points too. For once people should accept Nintendo's 'censorship era' localisation team and NOA were pretty much completely in the right with the choice to brand Doki Doki Panic as Super Mario Bros 2, and apparently Nintendo's Japanese branch agreed, releasing it over there as Super Mario USA.

Oh, and I know this is late, but how about that the game is just a *** fine game in itself? Heck, I probably enjoyed it more than the original Super Mario Bros (less than SMB3 or World though). I had no experience with the game beforehand when I picked up for the GBA in it's Super Mario Advance form, and I found it a great Mario game alongside the likes of the tens of others I've played throughout my life. The level design is excellent, you can choose how to get through the levels thanks to bonus routes and being able to go under/over walls, and quite frankly, it's an excellent, brand new adventure to enjoy in a new land.

*** the Lost Levels. This version of Super Mario Bros 2 is by far the superior one, and deserves the popularity it gets. Those ten million copies were sold for a good reason.