A collection of comics featuring Super Mario by Joker who originally started his comic series on the 5th December, 2003.

Joker was a member of staff at Marioportal.com and his staff avatar is on the right and he was also the first person to ever contribute a comic, additionally Joker would later go on to run the fan sections at our predecessor site. 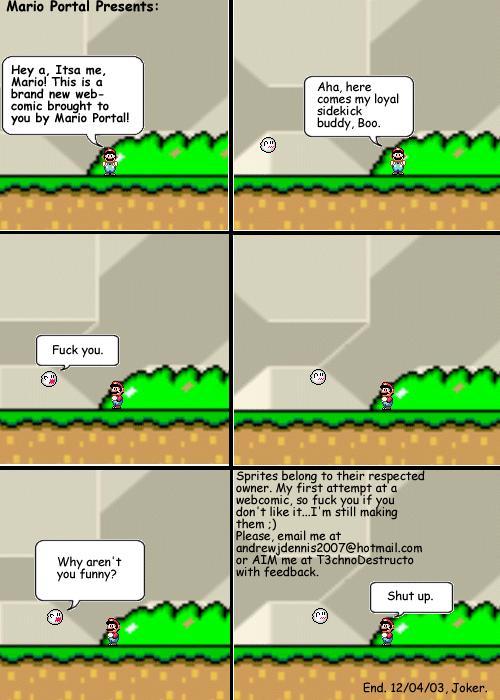