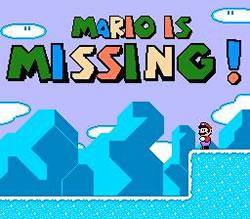 I normally don't give this kind of reviews, as I usually change my opinions towards games, but this is for sure, one of the worst games in the history of video games,

And without a doubt the worst in the whole Mario Bros. saga. When I found out that Luigi was finally going to star his own game I was excited, until I actually got to play it. Mario is Missing is a bad game, not worth the rental, and DEFINITELY NOT worth to purchase.

Graphics: 4/10
The graphics are simply stolen from Super Mario World but they really look crappy on the NES, except for a few nice colors there's nothing remarkable here. The looks on the characters that appear here seem to be drawn on crayon, and there's no difference between them as levels go by. Bad, bad, bad.

Sound: 6/10
The music is nice, but nothing great, it just doesn't compare to the other classic Mario music. There aren't that much of FX sounds either, aside from jumping, stomping and going down pipes, they are virtually non-existent. Another major drawback of the game. 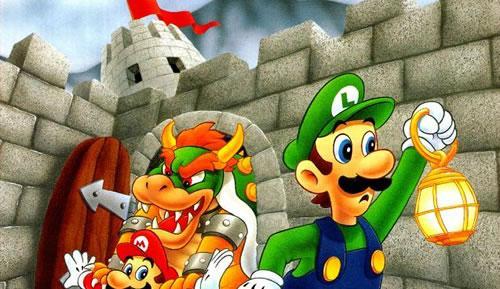 Control: 7/10
What can we say about this? Pretty much the classic Mario Bros. controls, jump, talk, nothing new. If they could have just add something new to it... I don't know, something extra to do with Yoshi, since his role in the game is quite lame, I must say.

Challenge: 1/10
This hurts, it really does. After years of great Mario games, hours of fun in front of the screen, this one was actually painful to play. The challenge is technically non-existent, as I cleared the game when I rented it, in less than an hour! Mario is Missing has literally no challenge, no replay value, no story, and almost no gameplay. The enemies don't even hurt you, for crying out loud!

Overall: 1/10
The Mario saga hit rock bottom with this game, not because it's educational, I support those games. The thing is, if you're going to make an educational game do it right! They need to be challenging, even for little kids, they need to be fun to play! Personally, this proves that educational games should be left to Mickey Mouse, Dr. Seuss, etc. it just doesn't fit on Mario. And Luigi... well... I like Luigi a lot, but this game almost made me feel sorry for him... almost.

It wasn't probably until Luigi's Mansion for the GameCube, that Luigi's solo career took off for good.