Details
Written by John The Ax 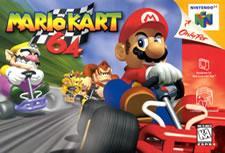 Ah, the wonders of racing games. Zooming around in long (or short) courses, trying to out-manoeuvre your opponents, a battle of skill, patience, and reactions.

A lot of people like this genre of games, I'm a casual racer myself. However, I couldn't bring myself to like Mario Kart 64 very much, not after the first week or two. It is not bad, just not good. I shall give a synopsis of the game areas below, naturally:

Sound: Music
Fairly good, I suppose. There is a lot of it, and it sounds great. However, it gets repetitive after a while, and I start to not be able to bear it. Play a CD or something, it'll sound much better. It's not despicible music, just not anything great. I'm going to give it (music) an 8/10, because it sounds really good at first, but gets to the point of irritation.

Sound
Uggh. It is not bad, but like music, just gets repetitive, but so much more quickly. The engine sounds are fine, the sound effects of the course are fine, but the people's voices are awful! They sound good the first time you hear them, but the second, the third, the fourth, et cetera. And they, when I mean good, just BARELY slip by, I'm considering calling them awful. There's only one or two sounds for each character, and they're poor. I have to give, as much as I like Nintendo, a 3/10 for the sound. They tried, but not much.

Overall sound: 6/10 It was just good enough to stop from failing, much too repetitive. 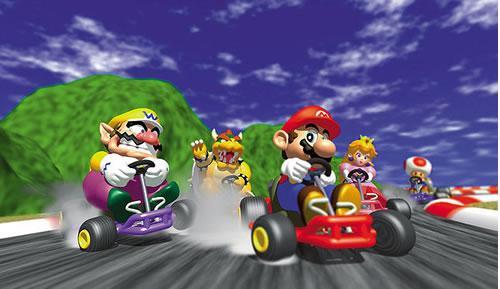 Gameplay
Gameplay will be split into many categories, as a racing game has many elements.

Controls
They're fine, simple, but that's good. Nothing much to memorize, just A to accelerate, B to brake, R to jump, Start to pause, and Z to fire items (you can hold it to hold the item behind you). Controls get a 10/10. They couldn't be better.

Car Handling: Well, they're not cars, they're Karts. So, technically, it's ''Kart Handling'', but, oh well. It's decent, good, but at faster speed settings (100 cc, 150 cc) it can become hard to steer. This is a minor problem, but it happens in most racing games. So it gets a 9/to, because it can sometimes be downright impossible to make tight curves.

Course Design: EXCELLENT COURSES! They're all unique, there's twenty, it's all good. Some are hard, but that's okay, challenge is good. The courses are very professionally done, I can't complain about them. 10/10

Gameplay Fairness
Seems like an odd category for a review, but this game needs it. The gameplay is not balanced at all. You pick up items on the course, and can use them against other players. I'm not against the green shells, which if don't hit anything bounce back and forth throughout the course, they're good. The speed boosts are fine, they don't give you that much of a lead, nothing you can hold forever. The red shells are fine, they miss on curves and you don't go up in the air that long. It's the stuff like lightning bolts, which makes every single player shrink to the point where you are very, VERY slow. Also, if you are a light character, hitting a heavy character like Bowser will cause you to spin out. Why? I don't know.

When it does this in the starting area, and you don't have a choice but to hit the guy in front of you (the computer players are too stupid to step on the gas, they're not in a hurry to start) then your friend pulls ahead by a MAJOR gap, there's a problem. Also, certain traps are lying throughout each level. Sure, they're in plain sight, however, sometimes you'll dodge it by an inch, and, in the case of the young penguins, they'll jump right on top of you. It's completely luck if they will or won't, but it happens too often.

The problem is that Mario Kart is turned into a game of ''Ooo! I got a good item! Now I'll use it to demolish the competition!'', instead of a game of skill. It's luck. I wouldn't mind, however there's no option to turn items off. Gameplay fairness gets a 2/10, because it's barely fair with all the items, and no way to dodge. 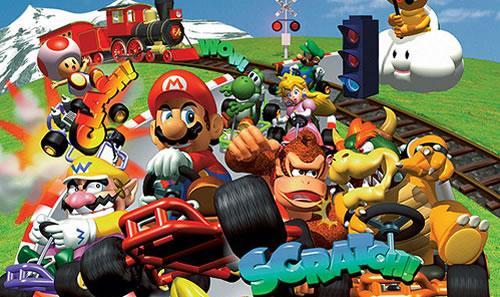 Overall Gameplay
7/10 The items ruin everything. They're just too annoying when you want to have a race of skill.

Graphics
They're not very good. Sprite graphics, and the popup is insane. However, the courses are beautiful. The graphics get an 8/10, they make the game quite enjoyable.

Summary
The problems lie in the repetitive use of the same poor sounds and the lack of balanced gameplay. Overall, I give this game a 5/10, because the sound is too poor for any excuse, and items ruin everything without a way to turn them off. I'm not against them, I just don't want them all the time.

Buy or Rent?: You may find it for cheap, if so, it's a good party game, pick it up. Otherwise, rent it and see if it appeals to you. 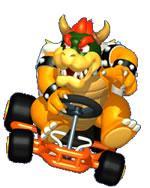 I suppose I'm the only person with this opinion. If I affected your decision at all, thank you for your time. If you chose not to take my opinion into account or ignored it totally, I beg you to reconsider. These are all opinions, not facts. I'm just trying to be as unbiased as possible. Thank you for reading this rather lengthy review