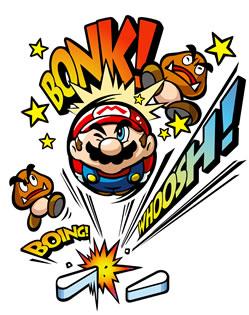 Experience Mario style in your Game Boy Advance in the Mario Pinball Land! Of course, Mario’s game world will never be complete without the need of rescuing the Princess in the hand of Bowser’s minions as they kidnapped her and escaped into another dimension. This time, the only way Mario could follow and save the Princess is to turn him into a super pinball and for a change, the signature jumping of our heroes is off the menu. In this game, players should use flippers as best as they can to help Mario roll and bounce as he rescues the Princess. By bouncing, try collecting the stars, eliminating enemies and beats five worlds that each has a boss at the end. The first time Mario has been seen in a Pinball game was in 1984 on the Nintendo Entertainment System (NES) that was when he made a cameo appearance in that game.

Official Story from the game manual

Princess in Peril!?
During the unveiling ceremony for the new “Sky Cannon” at the Fun Fair, Princess Peach was accidentally blasted off to Bowser’s castle! The Sky Cannon, an amazing new transportation device that launches people to new destinations, got off to a rocky start because of this shocking turn of events.
According to eyewitnesses, the mishap occurred when a pair of shady Goombas altered the cannon’s direction. Within moments, they had locked up the castle, with Princess Peach trapped inside!

How does it work?
Before you can ride the Sky Cannon, a special “Pinballer” squeezes you into a ball, so that you can fit into the cannon’s barrel. The Pinballer also makes you surprisingly rubbery, so that you bounce harmlessly when you land!

Press L and R to activate the flippers, or A and the Control pad and Activate some items with A.
Several stages require you to do some very interesting skill shots that will test your patience and grit, as you try to switch tables, hit objectives and go through the available worlds, getting keys to get access to Bowsers’ castle.

There are certain shops that you will have access to, Toad will appear on the map and as you hit him a tent will cover you and he'll try to coaxe you to buy an item. You may also get items from ‘? Blocks’ that appear after beating certain bosses: 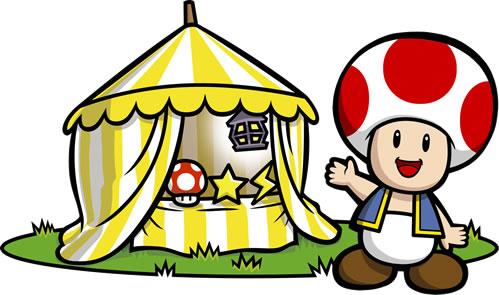 Toad and his tent

Each of these worlds is packed full of enemies that are the regular enemies you would find on any Mario world. The enemies are well known from other games and normally will just stand on your way to stop the ball, the full Enemy cast is: 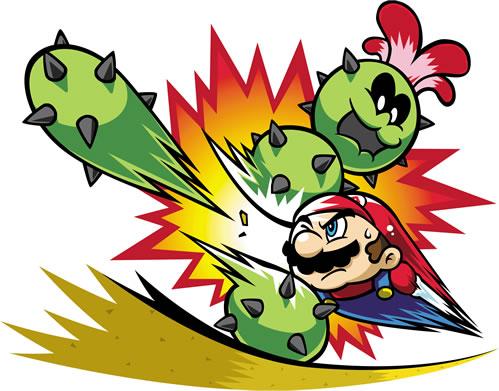 Mario smashing up a Pokey 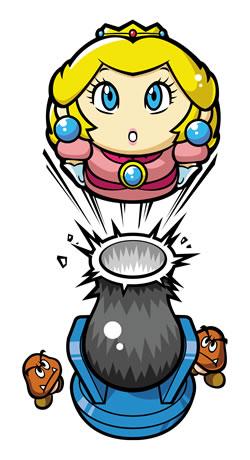 This game received mixed reviews at launch, the game graphics were the pivotal point of the game praise, however the game is just too hard, and the gameplay is inconsistent were the major gripes. It is too short, and once you are done with it, unless you want to get a high score there are few reasons to pick it up again.

Check out these videos for Mario Pinball Land including TV Commercials, the little opening cinematic movie and a trailer from E3 2004. 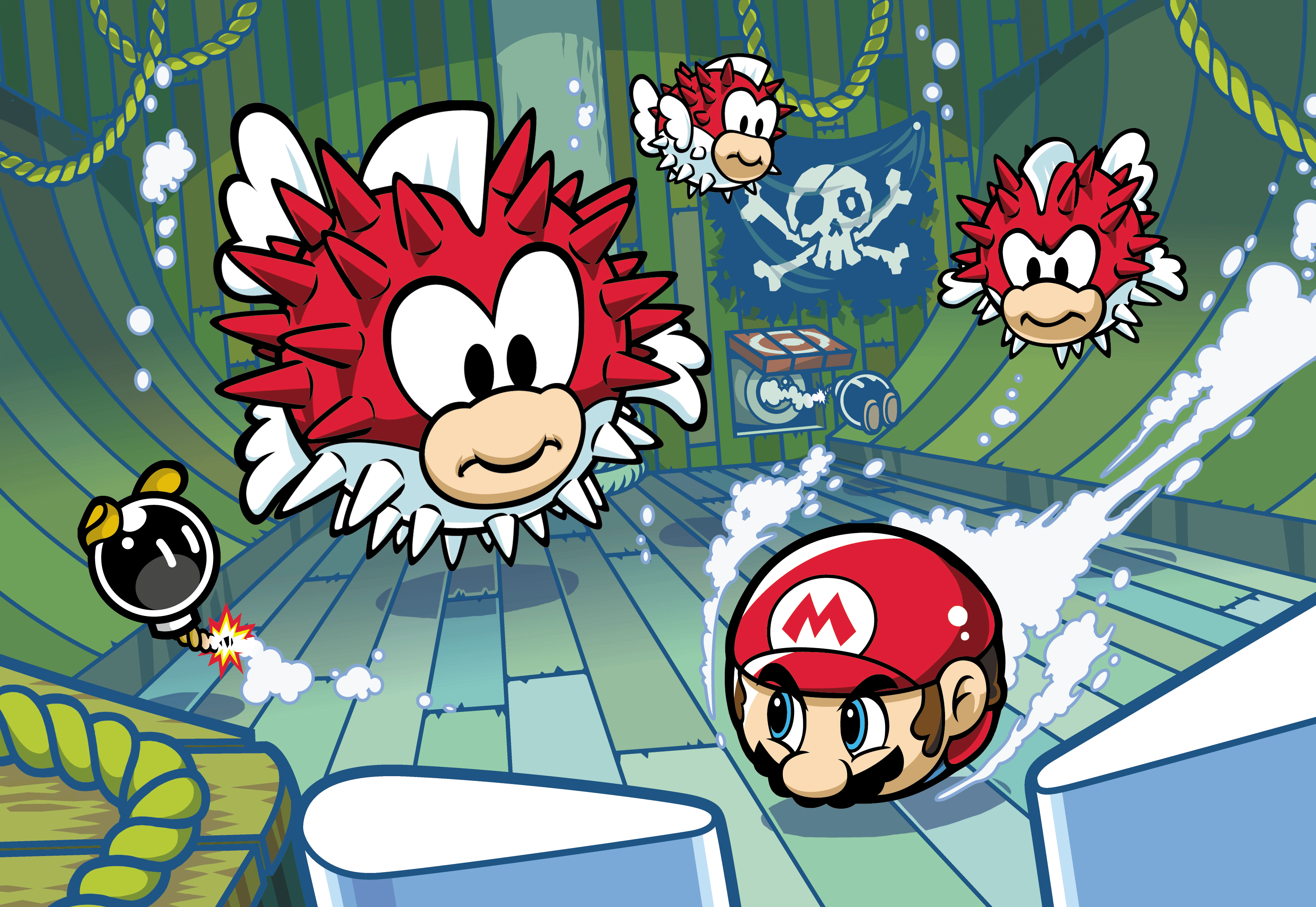 An artwork of Pinball Mario facing off vs Pufferfish