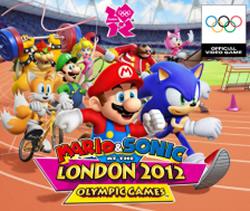 If you were to utter the words "Mario and Sonic the Hedgehog will appear in a game together" in 1996, you would have been laughed off of the face of this earth. If you said it in 2001, you would also have been laughed off of the face of the earth. Then SEGA went third-party after the less-than-stellar worldwide sales of the excellent Dreamcast, and Sonic appeared on Nintendo's GameCube in the form of Sonic Adventure 2: Battle. Sure, there were rumors that Sonic was a secret character in Super Smash Bros. Melee, but it was only just that-- a rumor (Sonic would appear in the sequel, however). Now with two Olympic Games under their belt, the universes of Mario and Sonic merge and meet in jolly old London, England, the site of the 2012 Summer Olympic Games. It might be the dead of winter for some parts of the world, but let SEGA and Nintendo take you on a trip to London without ever needing to watch Bob Costas. Do so with Mario & Sonic at the London 2012 Olympic Games for Nintendo Wii, also coming to Nintendo 3DS early next year.

Mario & Sonic at the London 2012 Olympic Games sports twenty characters. There's ten from the Mushroom Kingdom and ten from the Sonic the Hedgehog universe. There's such characters as Mario, Luigi, Peach, Yoshi, Daisy, Bowser, Bowser Jr., Donkey Kong, Wario, Waluigi, Sonic, Tails, Knuckles, Amy, Dr. Eggman, Shadow, Silver, Blaze, Mecha Sonic, and Vector. Each character is part of one of four classes: All-Around, Power, Speed, and Skill. A Power character might be terrific at the Javelin Throw, but keep them away from events requiring endurance. And if the colorful cast does nothing for you, why not compete as one of your many Miis?

No competitive athlete goes to the Olympics to earn a bronze medal. No, going for gold is the name of the game, and that is what players should aspire to. With over thirty unique events to partake in, there's no shortage of activities in Mario and Sonic's third Olympic outing. There is the 100m Sprint, the Hurdles, the Discus Throw, Freestyle Swimming, Gymnastics, Table Tennis, Badminton, Football (the one that actually and primarily uses one's foot), Beach Volleyball, Equestrian (horses), Fencing, Cycling, among others. 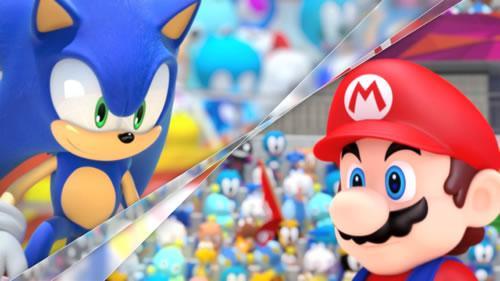 Apart from the regular Olympic-sanctioned events, Dream Events make their much anticipated return. These take place in the worlds of Mario and Sonic lore. For instance, the Dream Equestrian event has a group of four working in tandem, twisting the Wii remote to control a carriage full of Yoshi eggs, avoiding potholes made by Monty Moles, and trying to keep all of the eggs from falling out of the carriage while they carouse through Mario Kart Wii's Moo Moo Meadows. Another Dream Event takes place in Sonic Adventure 2's Crazy Gadget where players twist and turn the Wii remote as they rebound and leap from a trampoline from tall heights, performing as many tricks as possible before they once again reach the ground. Other Dream Events include Dream Spacewalk (a battle against Peewee Piranha from Super Mario Galaxy 2), Dream Sprint (a Monkey Ball-esque romp through BINGO Highway from Sonic Heroes), a battle royal in Ocean Palace's Dream Fencing with items and bombs to worry about, Dream Long Jump (something I loathe since the computer even on easy is cheap), and so much more.

Every event can be played with the Wii remote solo, but some are recommended with the Wii remote and nunchuk in tandem. Most events work as advertised with the game registering movements and small gestures, but some like Synchronized Swimming absolutely blow chunks all over the place. You are supposed to perform particular poses, but the game rarely-- if ever-- registers movement in this event. Another poor event is the Hammer Throw. Frustration is commonplace here. Some of my favorite events are the simpler ones such as the 100m Sprint, the Hurdles, most of the Dream Events, Table Tennis, Football (though I'm poor at it), and Freestyle Swimming.

Then there's London Party. This mode is for four players either human opponents, computer opponents, or a mixture of both. The goal here is to gather enough stickers to fill your sticker book before the other players (either 16, 32, or 48). Stickers are earned through playing mini-games. These range from coin collecting exercises to quizzes regarding everything from Olympic history to character trivia to testing your know-how on the country of England. During Free Time, players explore a small version of London with many roads and paths to explore. Event characters waddle around the town, and it's your job to speak with them and accept their challenges. The player who initiates the mini-game gets a bonus sticker win or lose, so it's a mad dash to begin a game. At six hour intervals (game time, not real time) old Big Ben rings, chiming in the start of an Olympic event. One player gets to select from a list of four events. The winner is rewarded with five stickers, second place gets three, and third place nets themselves one.

It wouldn't be a party on a Nintendo console without efforts to make the game for everyone, usually screwing the better player out of the win. This is true with London Party. First, there are Chance Times where stickers are handed out on a luck-based system, generally involving a revolving wheel of sorts and darts. Last place goes first, then third, then second, and then first. Then there are question marks on each player's sticker board that causes a random reaction. Sometimes you'll get a bonus sticker or stickers, sometimes you'll lose stickers, but occasionally first place will switch sticker pages who places a sticker on the question mark. This can pull the rug out of an opponent and act like a metaphorical kick to the nuts.

There are a smorgasbord of activities to do outside of going for gold medals and participating in a London Party. Every time you finish an event whether a Dream Event or one set more in the realm of reality you earn a scratch card. In the Bonus menu, you can take these cards and scratch any two of the six panels. If you match two icons, you win the prize shown. These can be anything from remixed and original music tracks to clothing and Mario and Sonic character costumes for your Mii. If your two icons fail to match or you reveal a Sorry space, your card goes into the blank card pile. Blank cards can be traded in for rewards. Two cards will get you a music track, five cards will get you a costume piece such as a hat, jersey, suit, shoes, or gloves, and ten cards will get you a character costume. Who doesn't want to dress as Mario, Sonic, Princess Peach, Dr. Eggman, or Bowser? 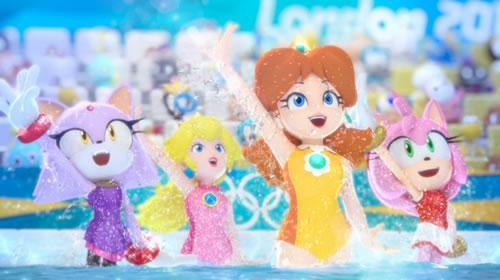 Furthermore, completing certain in-game goals will net you with completed Challenges. These can be things like winning London Party five times or getting first place in every event. The fun is in trying to check off as many as possible. If you're the competitive type, you can post your best times online via the leaderboards. Compare your best times against the world, within your region, or within your group of friends. Then there's trying to not only receive a gold medal in every event, but also beat the Olympic record on each event. Case in point, if you have the gumption, there is plenty of content to be completed in Mario and Sonic's latest Olympic escapade.

If you're looking for drop-dead visuals, high polygon counts, and immersing worlds, you best look to another title. Mario & Sonic 3 isn't that. This title is, however, pretty impressive looking with fluid and colorful visuals, high presentation values, and plenty going on in the background, even if the crowds consisting of Toads, Shy Guys, and animals from Sonic the Hedgehog past are fully two-dimensional. The music is big and bombastic. The original tracks that accompany the various events are certainly hummable and pleasing to the ears, but the star of the soundtrack comes from the remade music. Songs like Bowser's Domain from Super Mario 64, Circuit from Mario Kart: Double Dash!!, and Windy Valley from Sonic Adventure all receive the remix treatment. In addition to this you can assign songs to play during any event you want. Don't like the standard fare used? Change it to whatever your little heart is desiring. Mario & Sonic's third Olympic Games are indeed promising in the presentation department as is expected when SEGA and Nintendo collaborate.

Mario & Sonic at the London 2012 Olympic Games has mileage that will vary depending on who you are. If you're the type who loves continuously honing their skills, getting new records, comparing times with others online, and unlocking goodies via the scratch and blank cards, you will find a lot to enjoy. If you're the type who if you've played one mini-game collection, you've played them all, then perhaps you should just stick with watching the Olympics from home instead of participating in them in virtual form with a cast of famed mascots. While not all of the events are winners (I'm looking in the general direction of Synchronized Swimming, the Dream Long Jump, and several strength-related events), the majority of them are tremendous fun, and the joy of 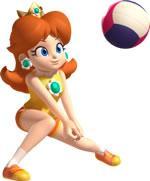 playing with family and friends in regular events, Dream Events, and London Party will keep most players satisfied. Instead of training 24/7, why not sit down in a comfy chair and go for the gold?