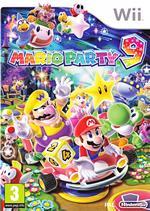 "A good effort undermined by a few, fatal flaws"

Mario Party 9 revitalizes a franchise that was once thought to be dead; with the dark days of Mario Party's 6-8 and the newfound success of Wii Party, it seemed there wasn't ever going to be a Mario Party 9. Yet it's here, and it's here with a major overhaul. After booting Hudson off of the development team, Nintendo enlisted the help of the creators of Wii Party--Nd Cube. However, this lends the game to feel very much like Wii Party at times, and this may be a good indicator of whether you'll love this game, or loathe it. Nevertheless, Mario Party 9 offers a fresh take on the franchise, and promised to make good where its siblings fell short. Did it succeed? Or did it just create problems of its own?

This game took a major change in the way it addressed how to actually play the game; instead of the age-old venture-around-the-board-hunting-stars method, Mario Party 9 decided to try creating a linear path where all the players move together in a vehicle. The captain (who usually switches after every turn) gets to roll the dice block and collect mini-stars en route. These mini-stars are the new currency of Mario Party 9, and stars and coins have been done away with. Whoever has the most mini-stars at the end of the last boss battle wins.

Mario Party 9 doesn't offer a lot of content, but it puts forth well-made minigames with only a few exceptions, well-thought out boards with only a few exceptions, and a well-rounded game in general with only a few exceptions. There are over 80 new minigames (only 40 of which are actual free-for-all minigames), 7 new boards (higher than the usual 5 or 6 that Mario Party has to offer, 16 characters (2 of which are unlockable), and a fair amount of gameplay modes. The minigames are the best part about Mario Party 9. There is great variety, and they utilize all control modes that the Wiimote has to offer: horizontal, vertical, and motion controls. Also, there is everything from luck-based minigames (Pier Pressure; last man standing with fishing) to very strategy-oriented games (Card Smarts; you attempt to earn points by choosing a higher card than your opponents), though a great majority are minigames that require skillful use of the Wiimote (Speeding Bullets; you race Bullet Bills on a race course). Yet many of these minigames can be attributed to earlier Mario Party's, and are basically just re-hashes of old templates. Only a few minigames are truly awful with terrible controls; for instance, Don't Look has you swing the Wiimote in teh direction that there aren't arrows pointing in a set amount of time. The controls simply don't work; you can swing one way and it'll send your character looking another--more often than not--bad way. However, the best accomplishment in the minigaming department is the creation of boss battles; these are much more in-depth minigames where you are actually fighting a villain from the Mario franchise. All, and I mean all, of these games are very good, and are extremely fun to play.

The boards are held to no lesser of a standard; five of them are truly outstanding, one is disappointing though still acceptable, and one is questionable at best. Despite the over-arching flaw of the boards' designs (which I'll save for the Gameplay section), all of the boards are well made, intricate pieces of work. The spaces are well thought-out. The addition of Captain Events (which have the captain try and earn mini-stars by controlling certain aspects of a pseudo-minigame) really breaks the monotony that starts to build up throughout the boards. And the boss battles provide epic finishes to different sections of the board.

However, beyond the boards and the minigames, there is little left to critique in Mario Party 9; there is too little content. The unlockables are few and far between, and you can easily exhaust them in a good 10 hours of gameplay. The "extras" are quite limiting, and aren't that interesting. Finally, solo mode is simply party mode--by yourself. So while I could say everything is good, well-polished, neat, everything doesn't encompass much. 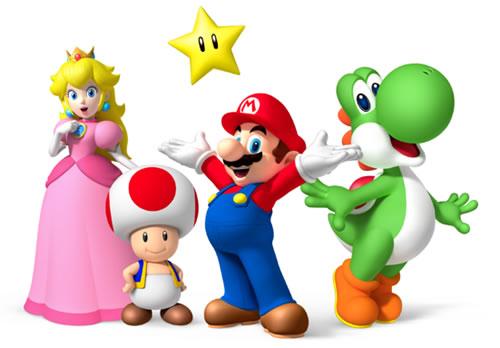 The gameplay is atrocious. Horrible. Terrible. Bad. There's just no other way to spin it. Though the gameplay so violently twists and turns that you'll be more likely to be in a rage-induced fit than to be questioning just how bad the gameplay is. However, I'll get the good out of the way first; the gameplay can be a lot of fun if you have a good group of non-competitive people. You can get a lot of laughs out, and even have a good time for the majority of the board, but you better have one amazing group of nonchalant individuals. If you have even one person who gets mad at videogames, or can get frustrated when things simply aren't going there way for extended periods of time, well, the game is a trainwreck.

Everything in Mario Party 9 has been simplified--oversimplified. Coins and stars were removed only to be replaced by mini-stars, and these mini-stars come and go like tides. There'll be times where you're on the upward climb, and times where you're losing mini-stars left and right. Furthermore, you can lose half of your mini-stars in one turn. And, of course, this only seems to happen when you're in sight of the final boss battle. On top of that, the game has been simplified by the removal of items; while there are still "dice blocks" (which let you roll certain numbers), there simply isn't the strategy of using your Boo Bell or Mushroom at the right moment. At least the dice blocks take a step in the right direction after the proliferation of orbs that make no sense (Mario Party 5) and candies that are just plain shoved in the game (Mario Party 8).

However, the biggest flaw of Mario Party 9 is the fundamental flaw that undermines all of the great board designs, the amazing minigames, and the engaging boss batles--the linearity. This is one of the by-products of oversimplification; everything is luck-based. It makes little difference what you do on your turn, as there is an equal chance of you rolling a 3 or less on the dice block and not making it to the mini-stars, or rolling a 4 or more on the dice block and making it to the mini-stars. Whereas the older Mario Party's actually involved a bit of strategy in where to go, what item to use, and which path to take, Mario Party 9 is boring. It's roll the dice and watch the vehicle go. Furthermore these spats of rolling the dice are not even broken by minigames after every turn; the only events that ever occur happen during your turn. While Mario Party certainly wasn't intended to be Risk, it also wasn't designed to be Chutes & Ladders.

Consequently, with luck being the main determinent of how well you do in Mario Party 9, it is very hard to play in groups of competitive people. Even opponents who don't get easily frustrated will have their button's pushed because almost every game will have someone getting screwed over by luck. However, it's also amazingly boring to play by yourself--there's just no fun in it. This also makes solo mode practically obsolete (add into that solo mode is virtually party mode all over again). All in all, the gameplay is simply terrible; the only thing going for the gameplay is that it's actually well-done in its terrible form, though that does not save the game in any way, shape, or form.

The musical score for Mario Party 9 is almost as annoying as the gameplay itself. While some tunes are catchy, and actually have a beat, most of them are rather annoying. The good music is played barely at all, and the terrible "songs" are jabbing your ears every five seconds. None of the musical scores involve any sort of actual song; they are merely sound effects that have an ongoing loop--a loop that occurs anywhere from two to twenty seconds after the music first starts. The music doesn't enhance the gameplay whatsoever, and is simply there as ear candy, yet this candy is more like that generic-brand peppermint candy that tastes like it was sitting in the back seat of your car for a month. Nd Cube made another fundamental flaw; they didn't overhaul the musical score, and try for something a little bit more meaningful than random sound clips sown together like a mismatched quilt. 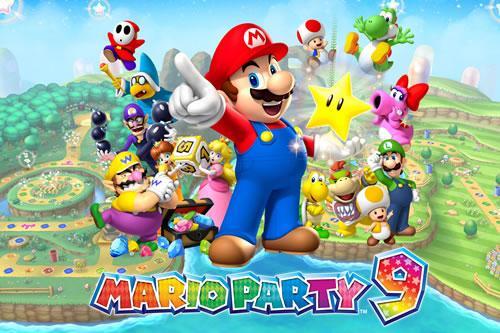 Conversely, the graphics for Mario Party 9 are actually quite good; they reflect the type of 3-D graphics that should be in a Mario game. While nothing is breathtaking or awe-inspiring, they are pleasurable, and don't take away from the gameplay itself (even if there isnt' much to take). The color shades are everything from pastel greens, blues, and other softer colors on Toad Road (the beginning board) to dark and eery purples, blacks, and reds on Boo's Horror Castle. The graphics are also detailed (by Wii's standards), yet simple. Basically, the graphics aren't the problem with Mario Party 9.

If you did find this game fun for whatever reason, it would still get boring after a matter of days. There simply isn't much to do beyond the boards in party mode, though the major saving grace from having this score lower is the minigame mode--since so many of the minigames are exceptional, these little modes can be enjoyed for a decent amount of time. Even so, you aren't probably going to get more than 10 or 15 hours out of Mario Party 9, if that. On top of that, there is no online mode; your gameplay is restricted to when you can get a group of friends together. While Mario Party may not be the greatest game for an online mode, it is still deserving of one, so that there is at least a reason to play this game if you are all alone. Mario Party 9 is just one of those games where you're really only going to pull it out for nostalgia's sake in five years, or when you have a group of friends and this is one of the ways you want to entertain them.

It was a valiant effort by Nd Cube, yet they made fundamental flaws before the game ever actually started. By reverting to a linear route, and simplifying it beyond the means of Wii Party, Mario Party 9 suffers from a distasteful gameplay that simply has no redemption to be found anywhere. The game itself is well-made and polished, but the underlying problems destroy any chance Mario Party 9 had of being good.

There are many better Mario Party's to be found, and if you have a working GameCube or Nintendo 64, seek those out rather than get this forgettable installment. The first three can be found for around $10-$20 each, and are much worthier of your money than Mario Party 9 ever will be. If you're looking for a better Wii game, your money is better invested in notable titles like The Legend of Zelda: Skyward Sword, New Super Mario Bros. Wii, and Super Smash Bros. Brawl. Even if you're a die-hard Mario Party fan, rent it before you even consider buying Mario Party 9. 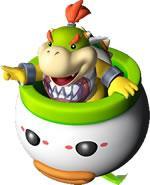