This was a feature on NES Open Tournament golf in Nintendo Power magazine Volume 25 from June 1991 which gives you a good overview on the games features and even some maps of the courses.

Forget Koopa Crunching and Virus Vanishing! It's time to take to the links with Mario!

Now that Mario has mastered medicine, it's only fitting that he should take up one of the most favored sports of those in the medical profession, golf! Don't think for a second that the links are any less of a battlefield than the Mushroom Kingdom. Theres some stiff competition in this high-stakes, three-course pro circuit and Mario's goal is to win a cool million!

You can zoom in with ctrl+mousewheel up if you want to zoom in! 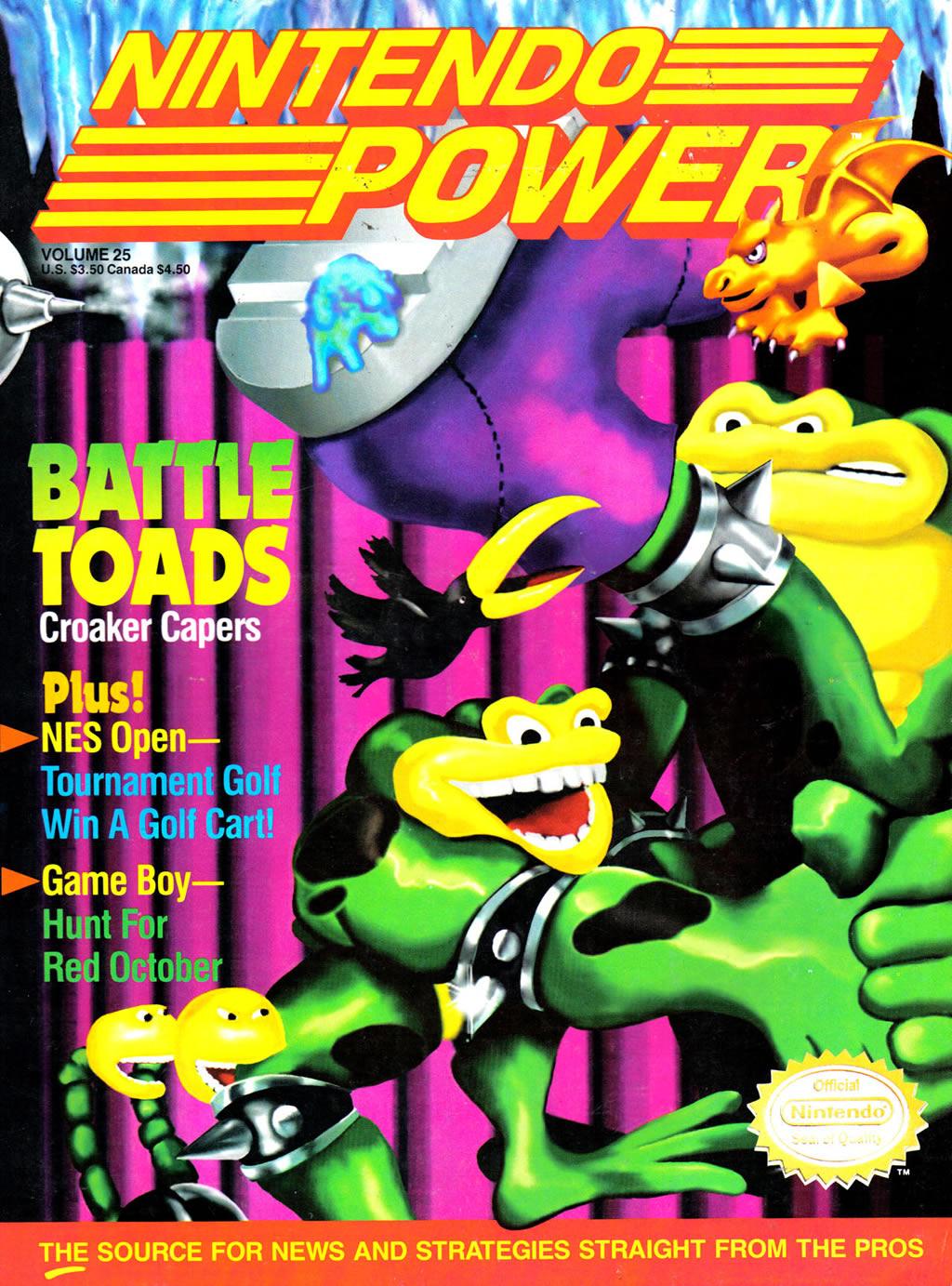 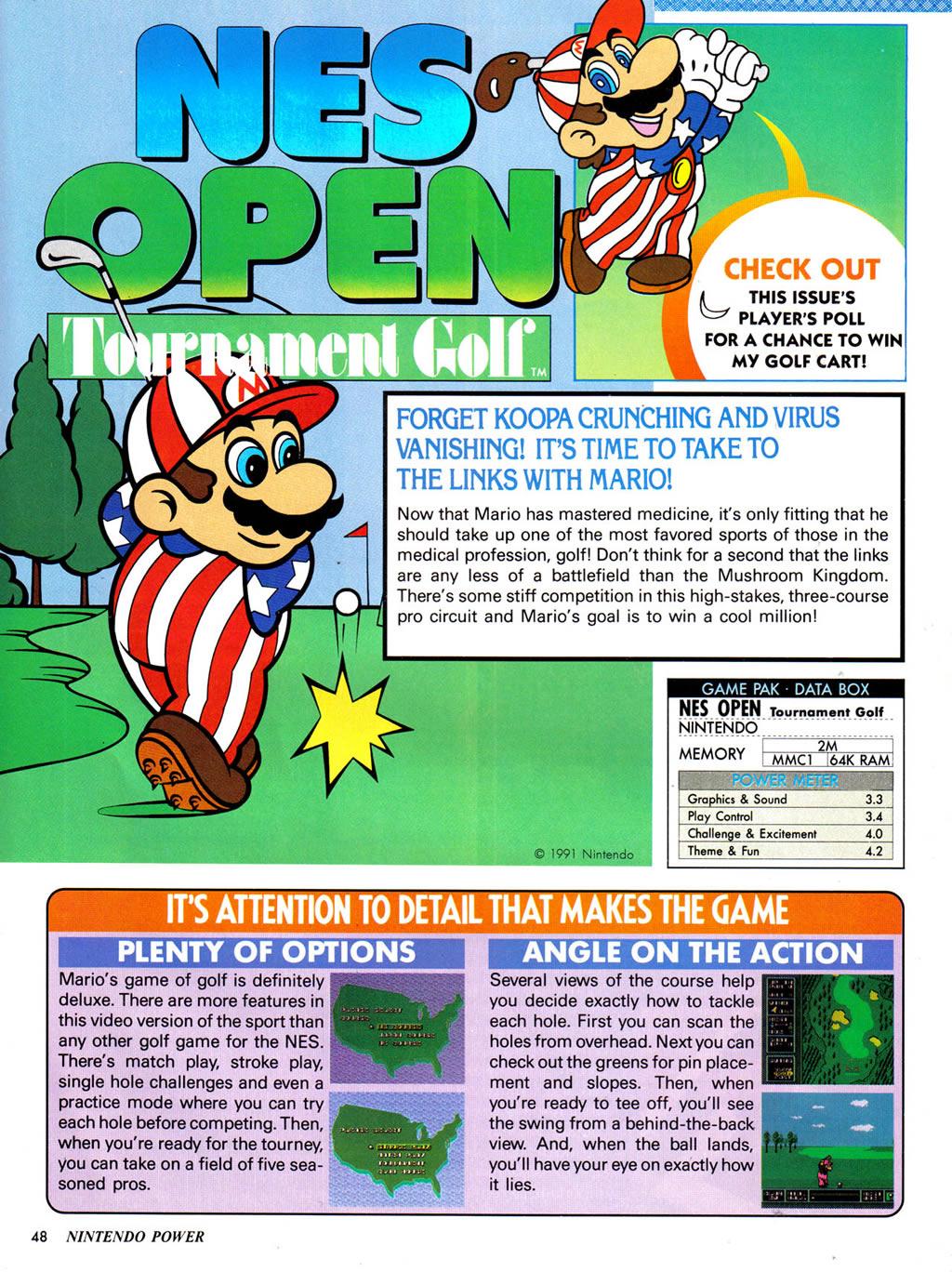 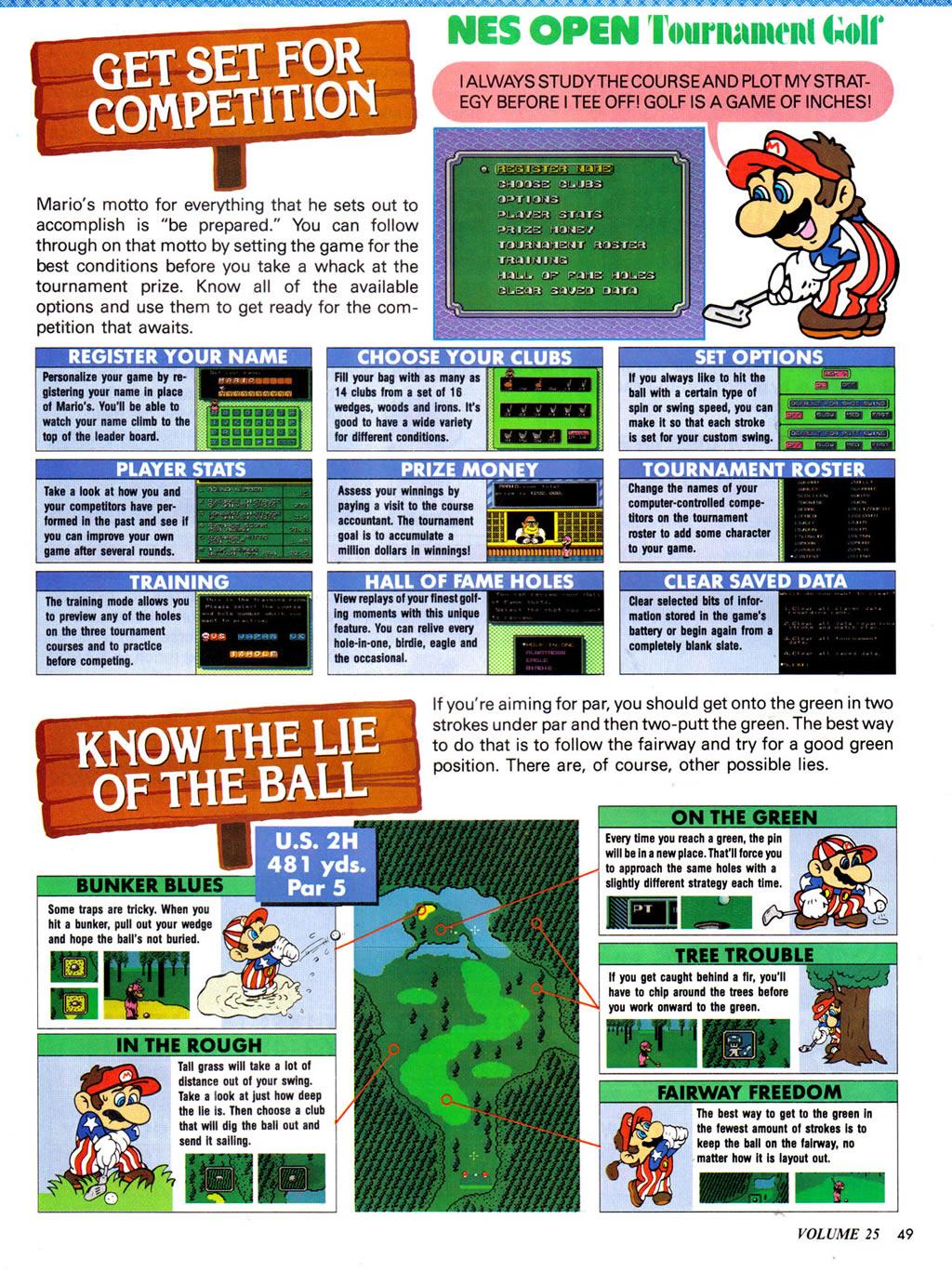 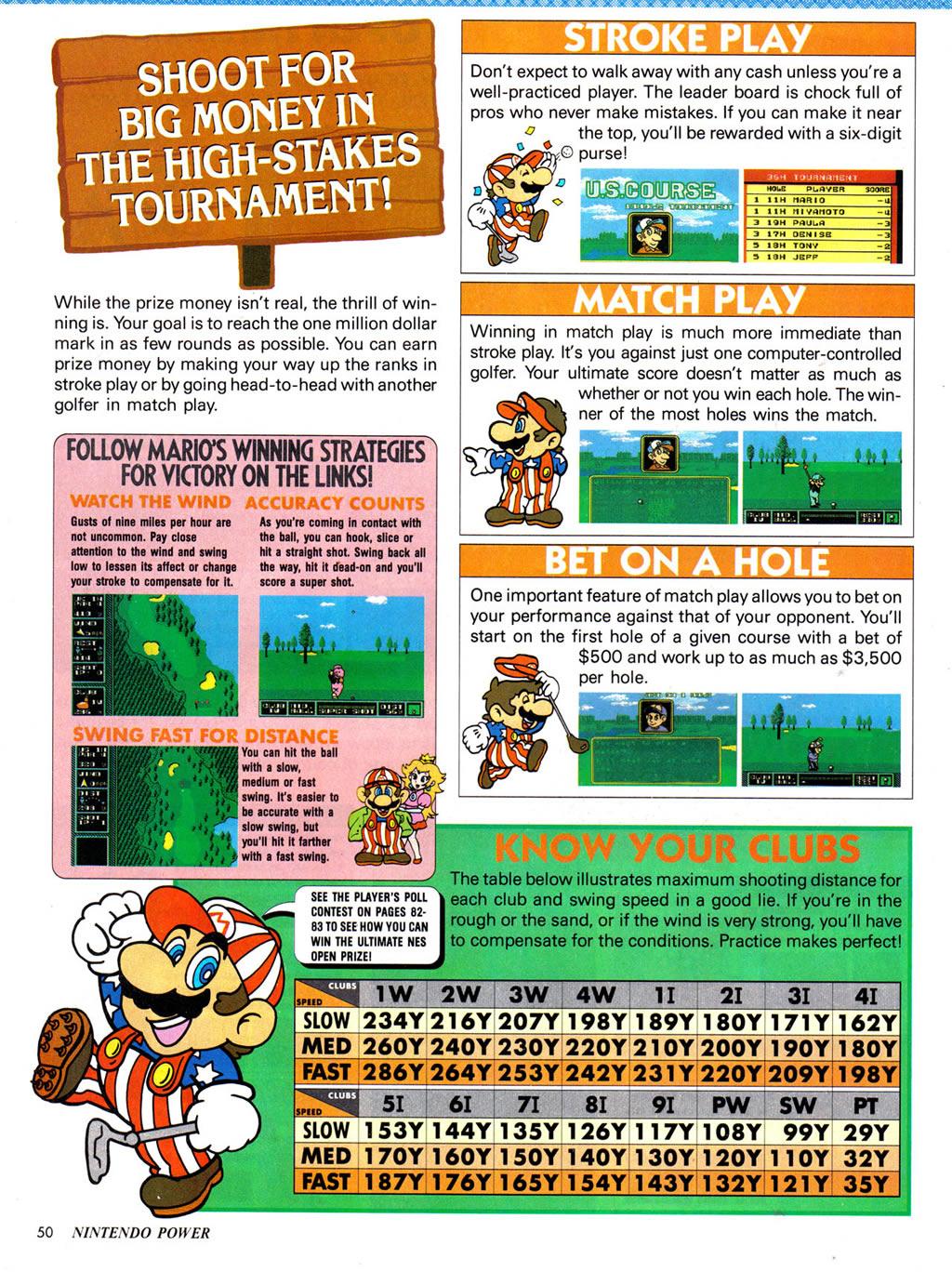 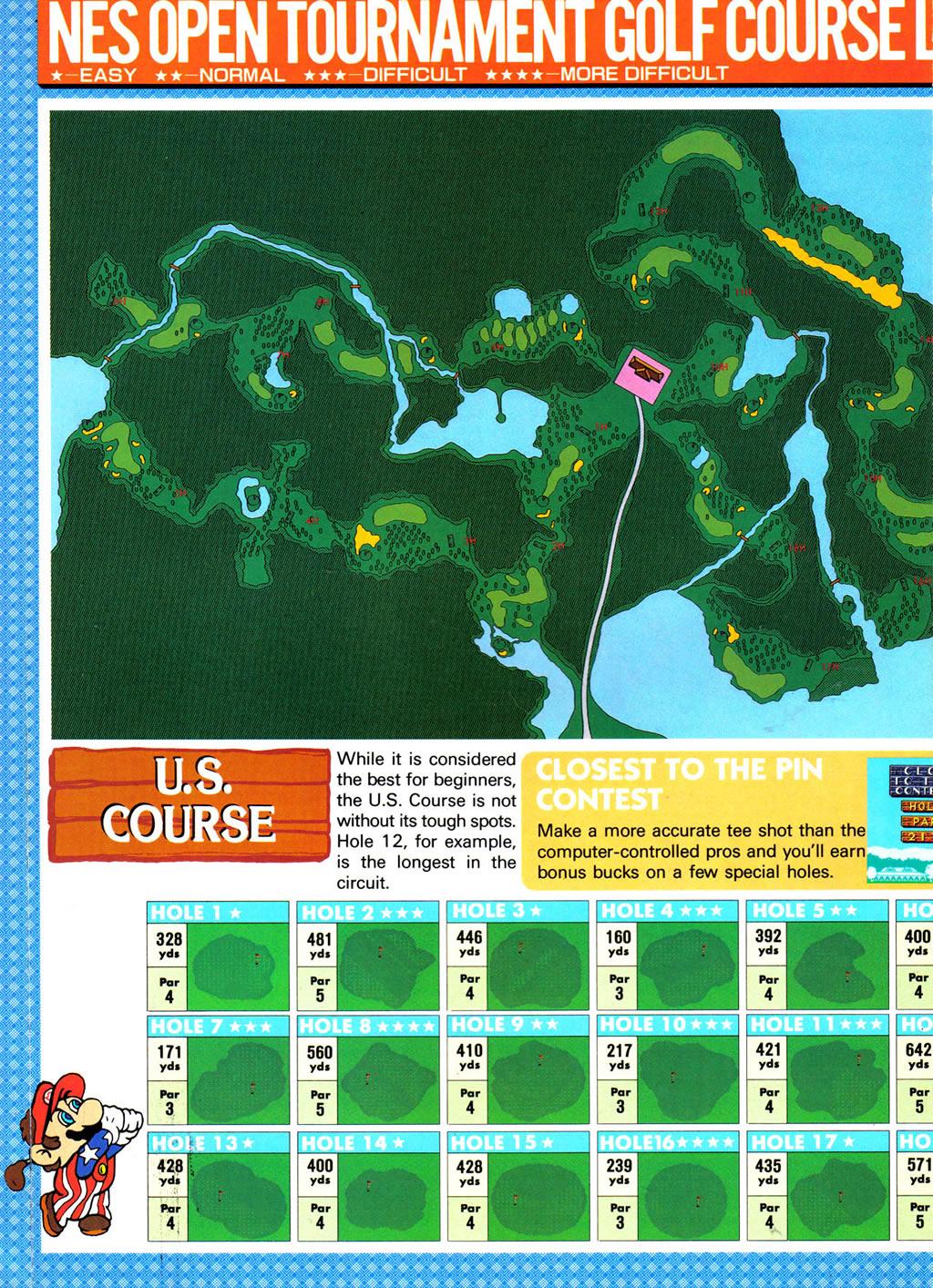 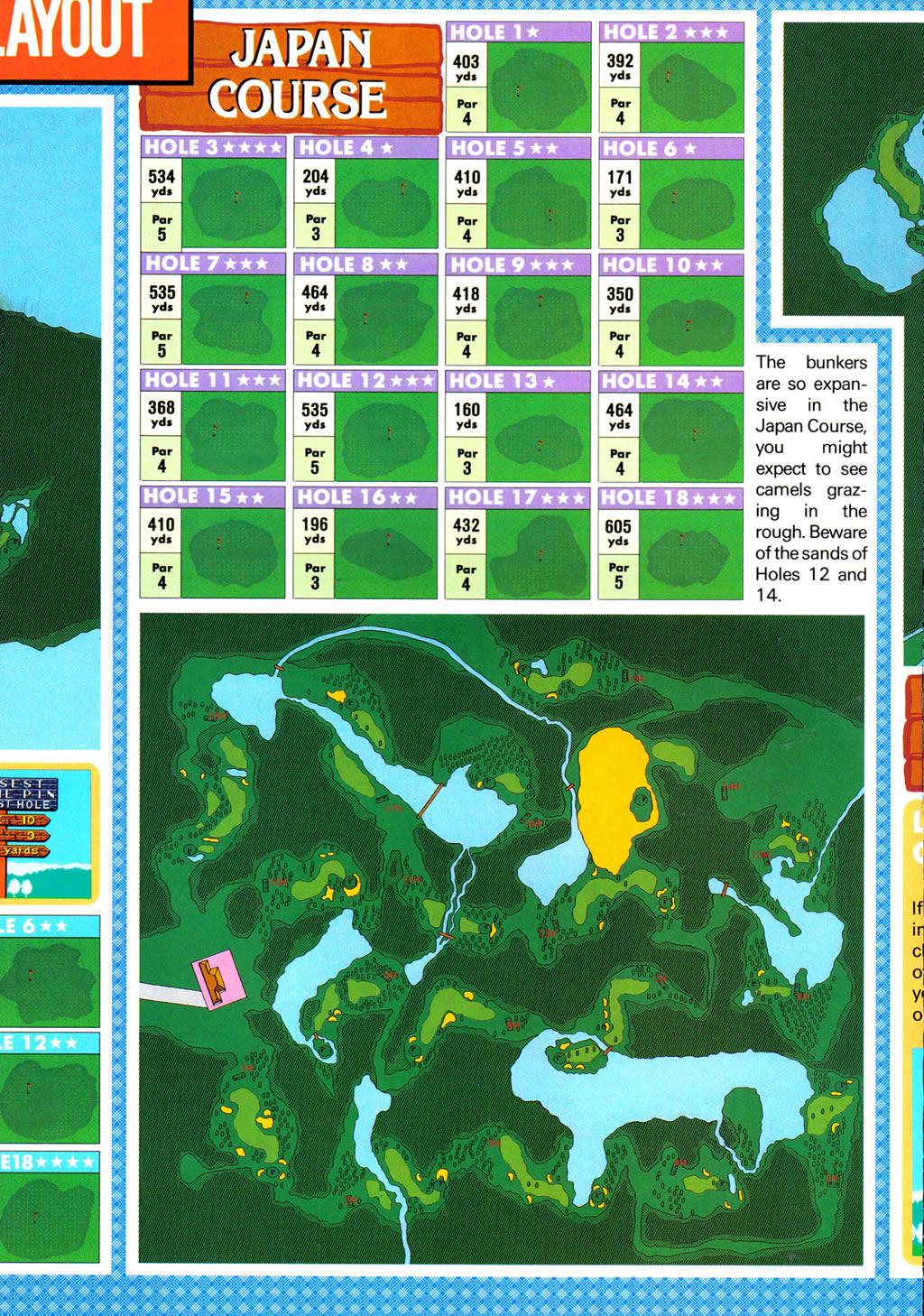 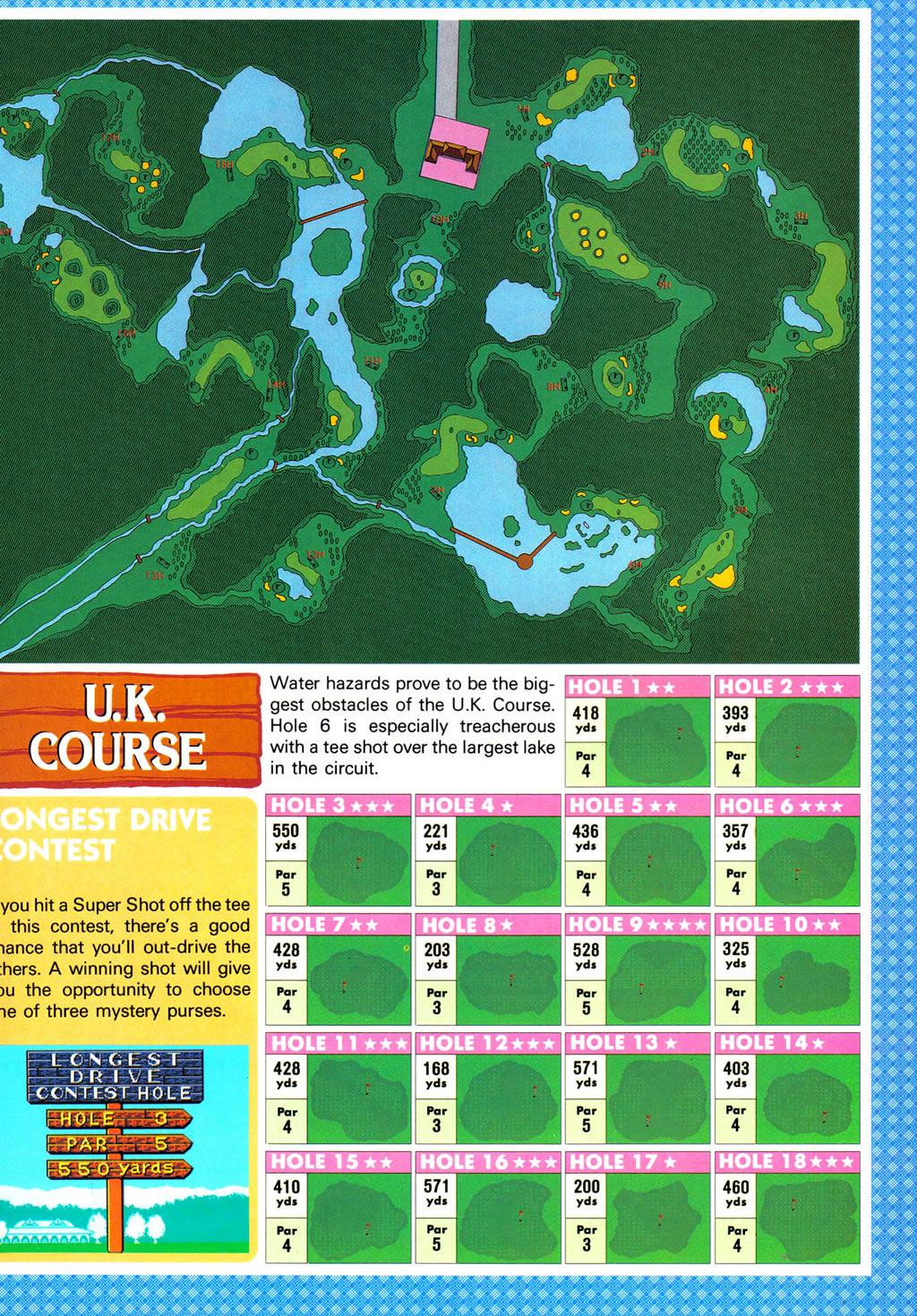