A four page feature on the Virtual Boy title, Mario Clash showcasing the new 3D style of game powered by the Virtual Boy. This article is from Nintendo Power Magazine Vol. 75 which was published in August 1995.

In the beginning of Mario's career, he hucked koopa shells at ornery critters for a living. Now, picture that scene in blazing red 3-D with Mario pitching shells in your face. The more things change the more they clash! 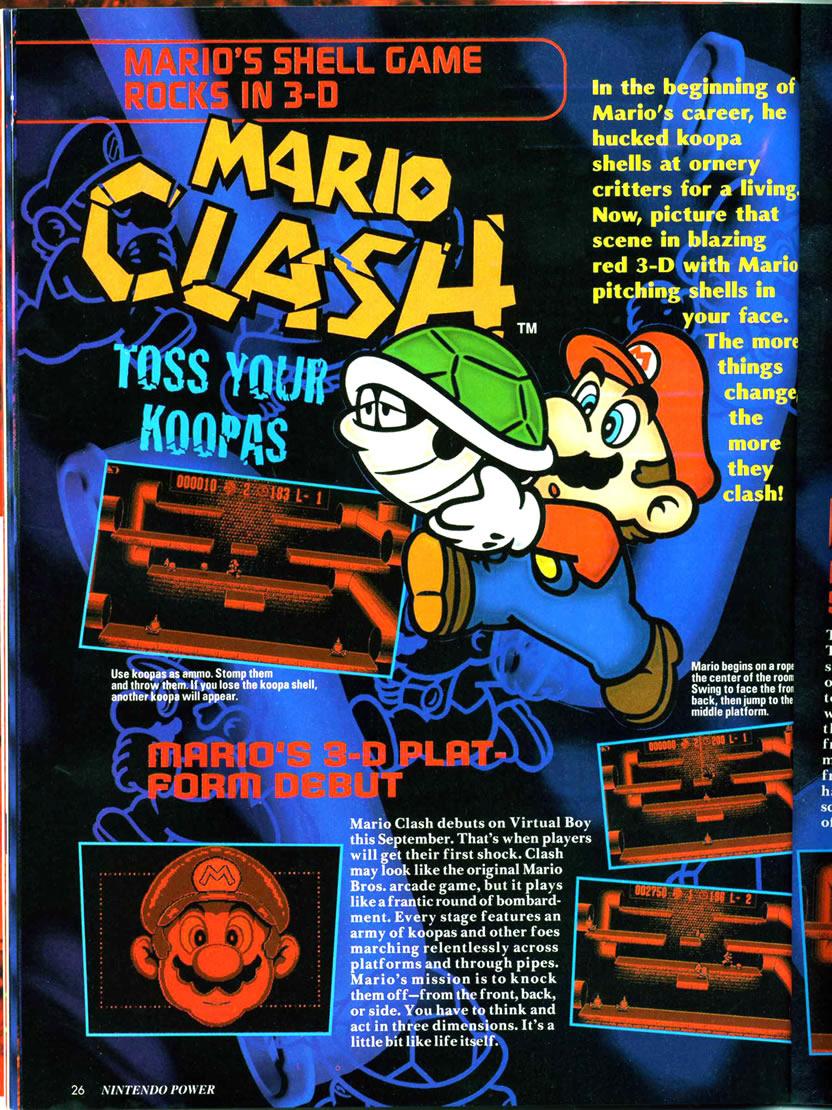 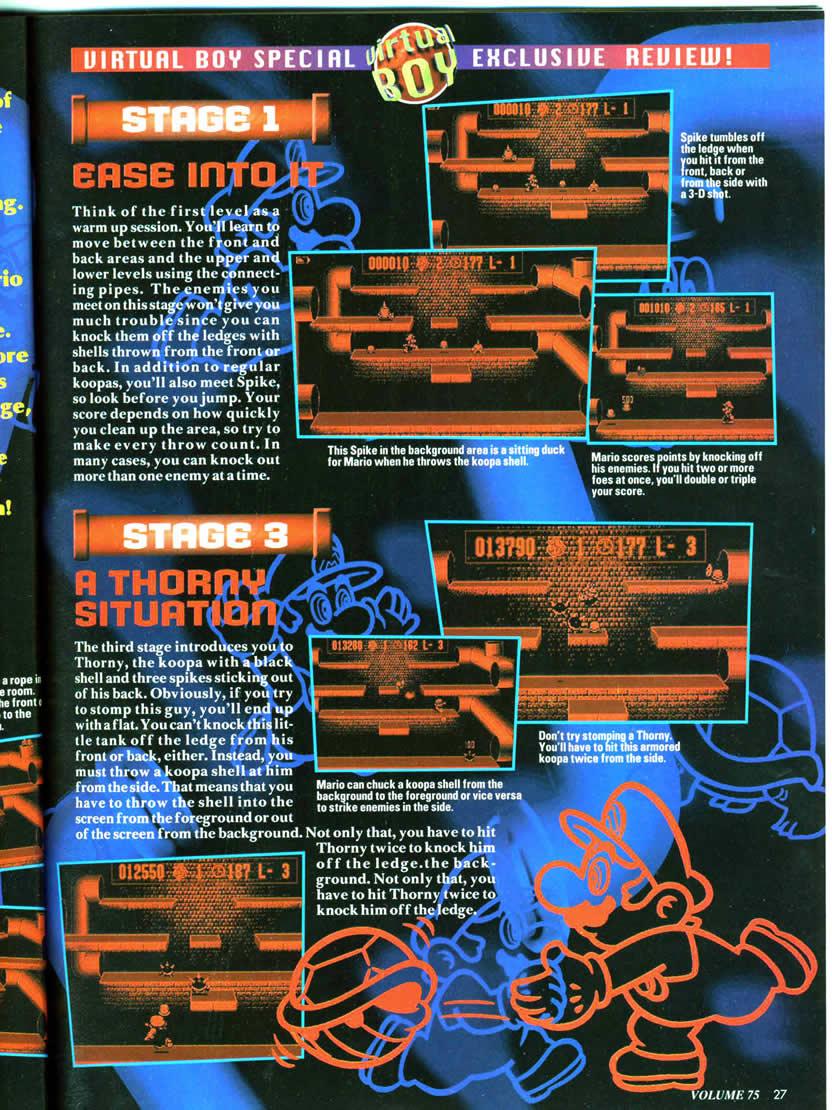 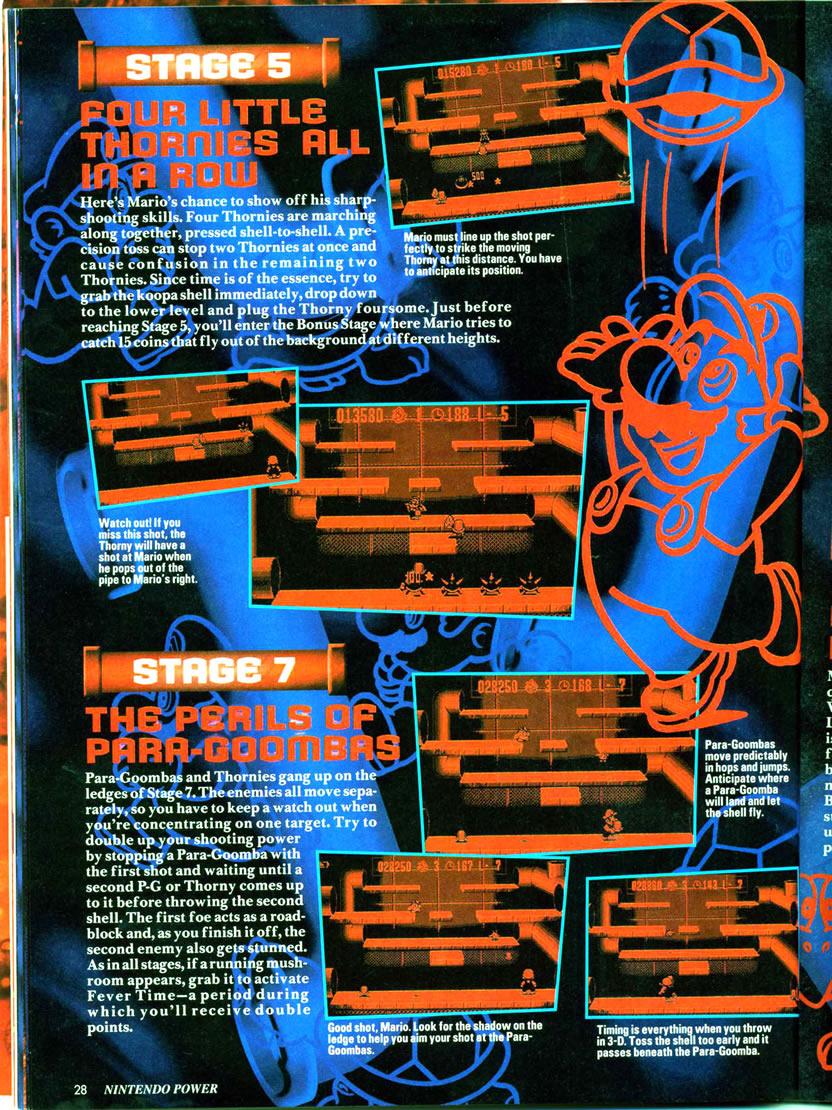 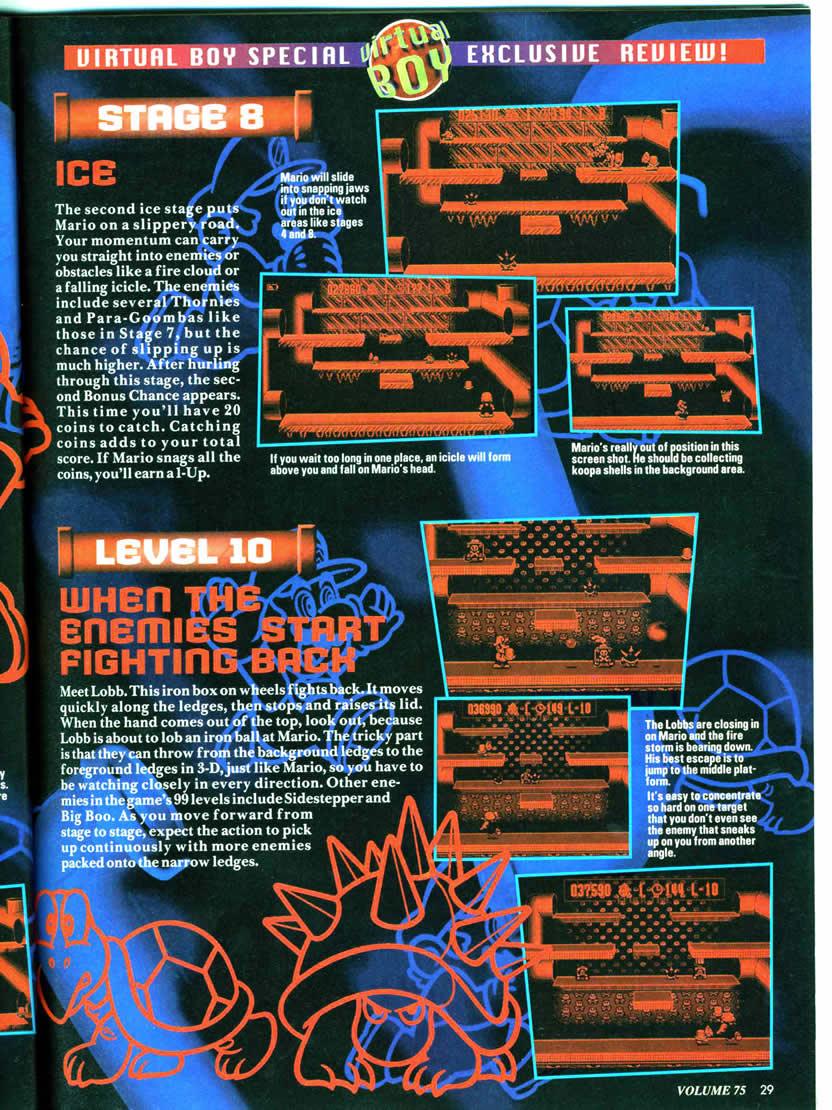