An article on Super Mario RPG from Nintendo Power Magazine Vol. 77 giving a preview of Mario's first RPG title and its revolutionary ACM graphics engine as well as background information on the story, characters and setting for the game.

This article was published in October 1995.

While you were sleeping, something magical sprang to life. A new Mario adventure featuring ACM graphics hatched out at Square Soft in Japan. Nintendo Power now brings you exclusive screenshots of one of the most advanced video games ever conceived - and from what we've seen, it is nothing short of magical 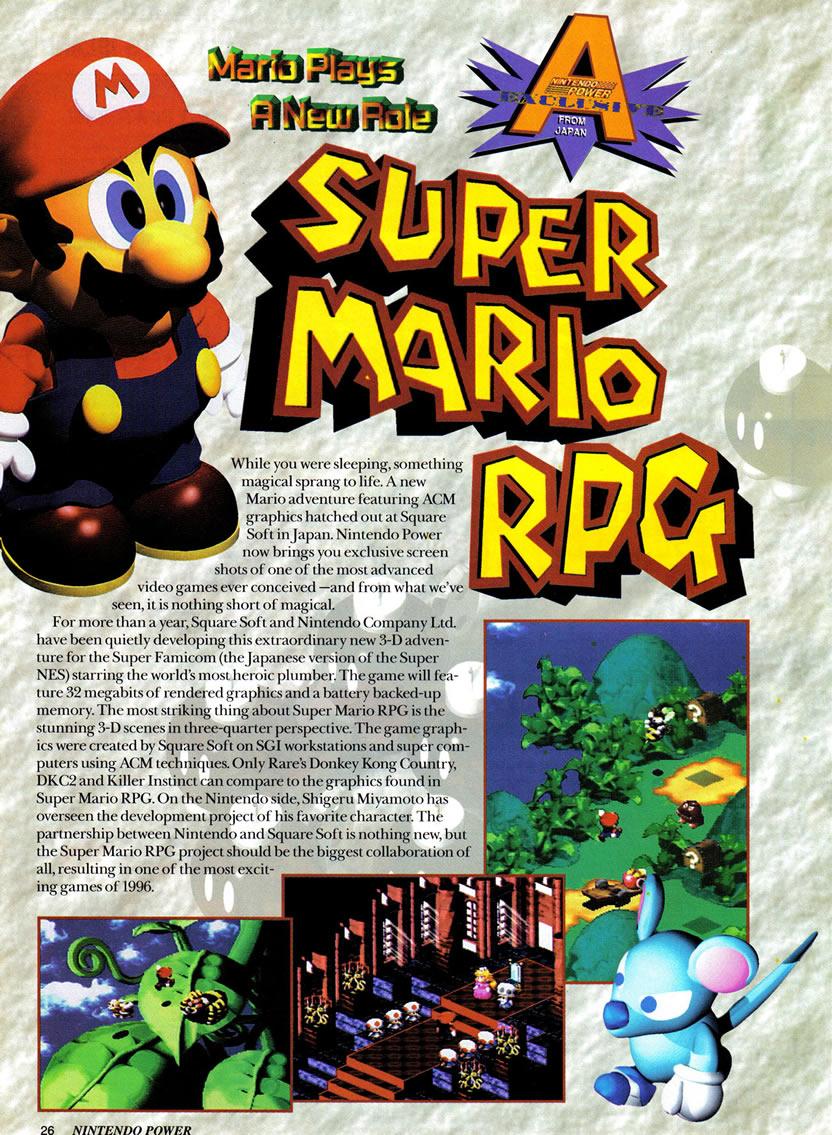 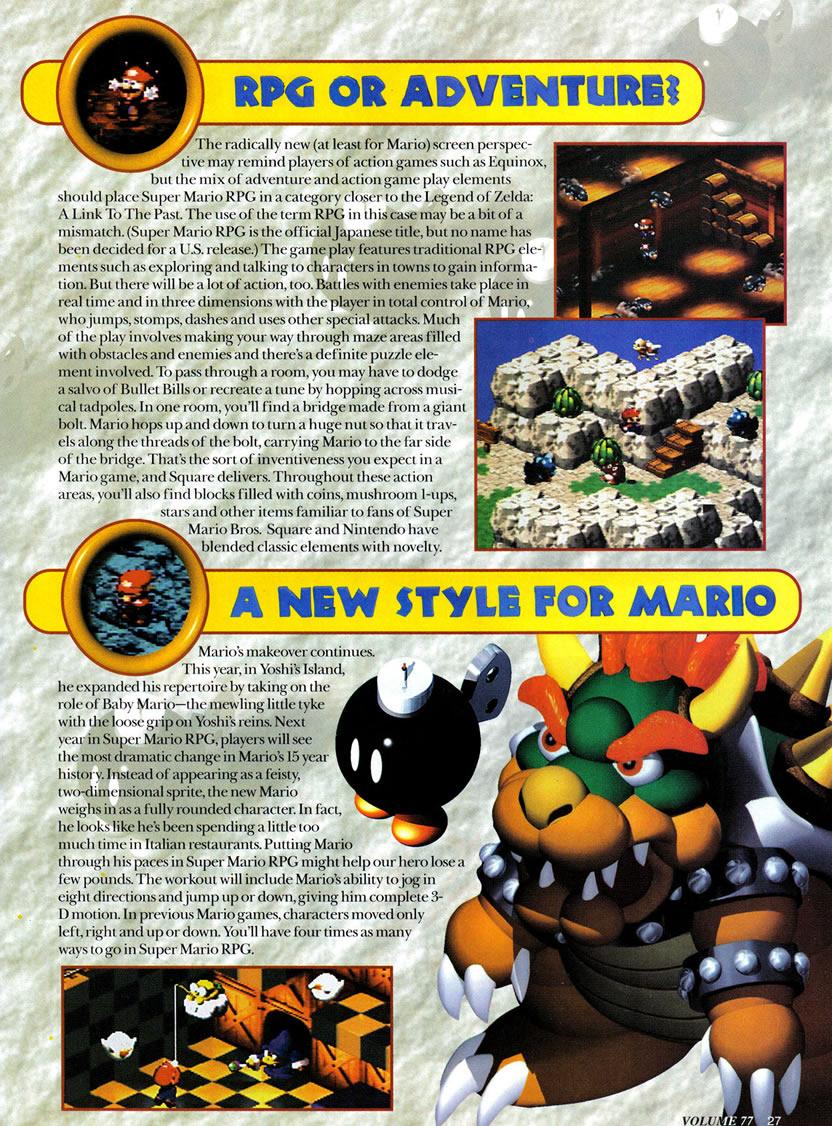 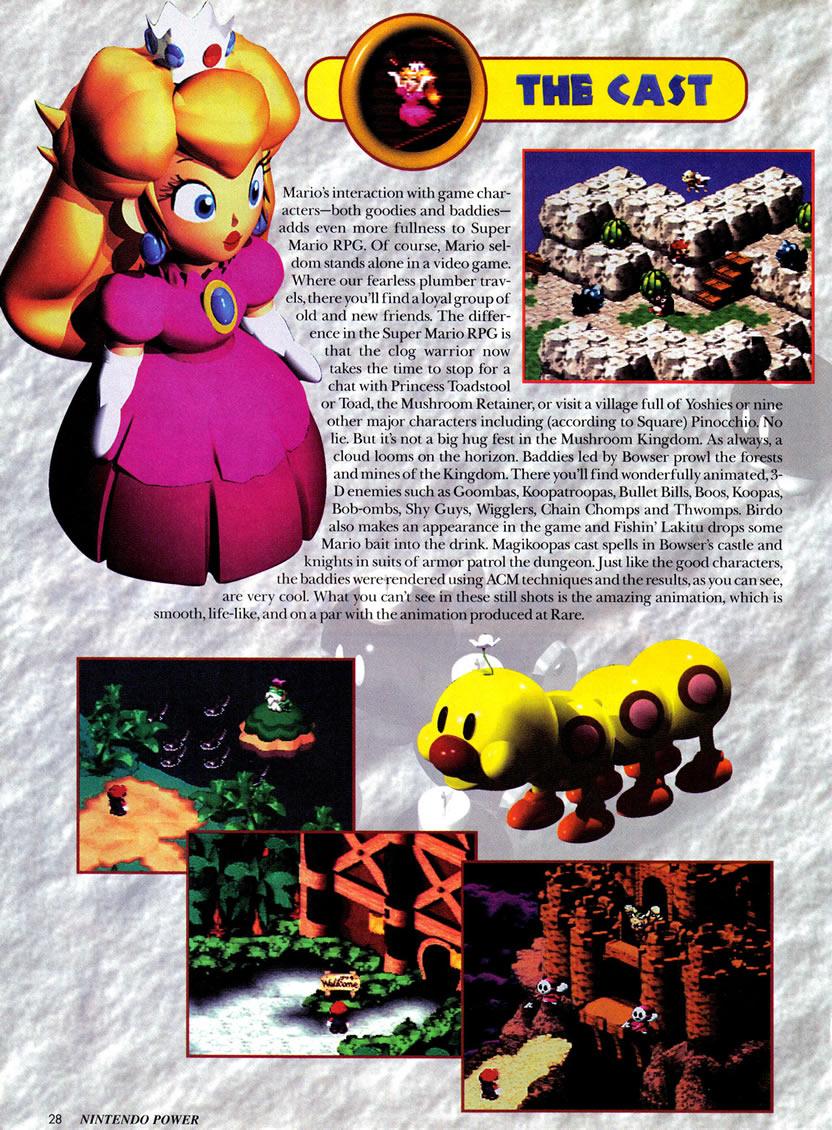 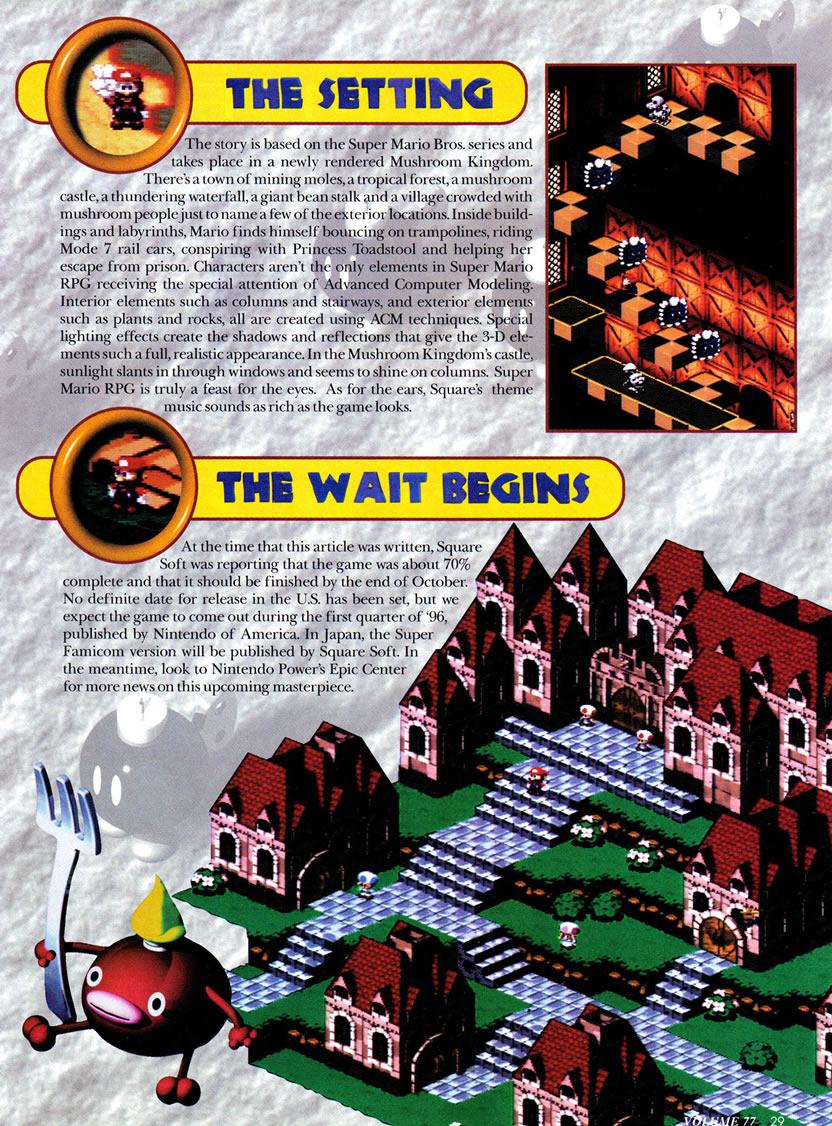