This nine page feature on Tetris Attack was originally published in August 1996. The page also includes the front cover which featured art from Tetris Attack... looks like poor Yoshi has seen better days.

You'll flip over the most compulsively playable puzzle game in eons. Check out our panel discussion on tips and tactics, plus some special hints from a certified Tetris Attack ace! 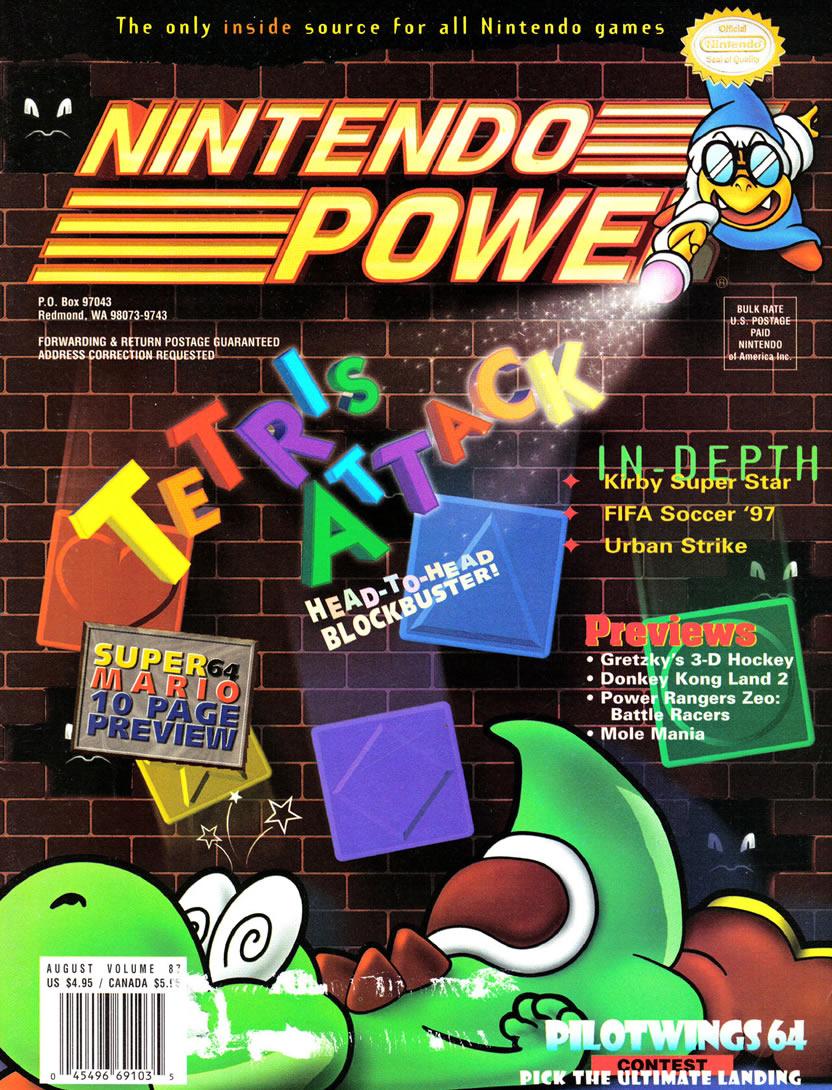 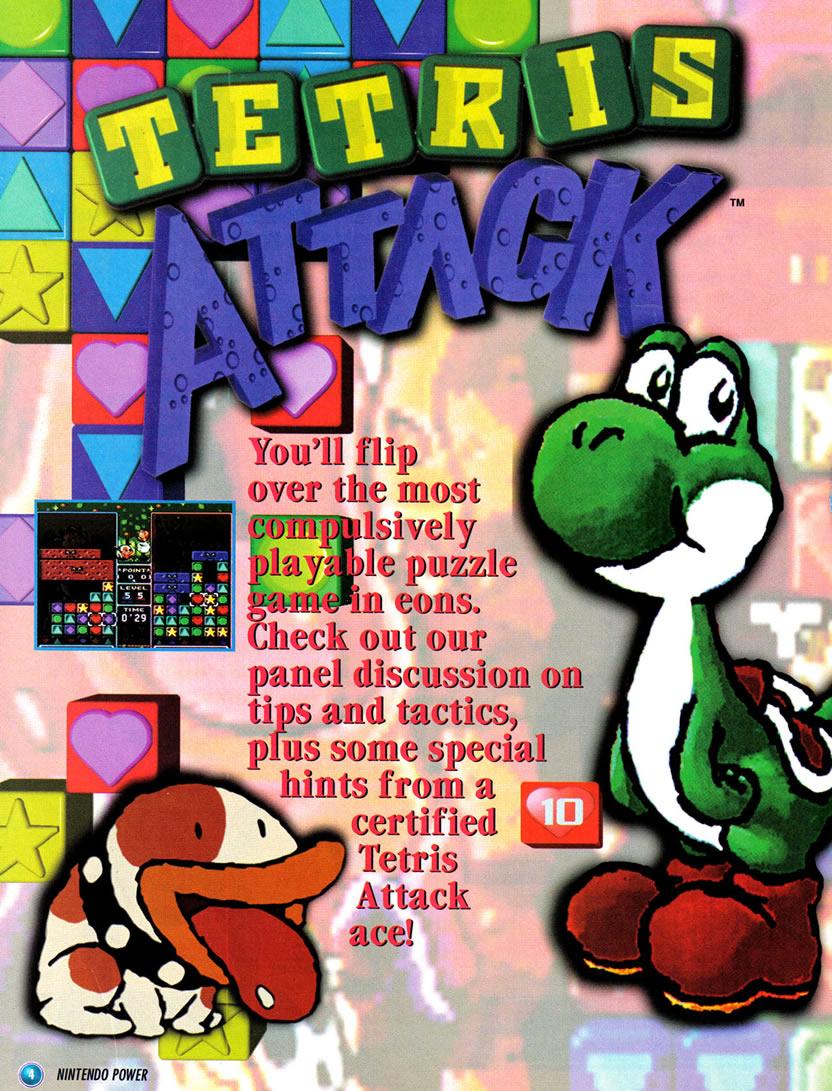 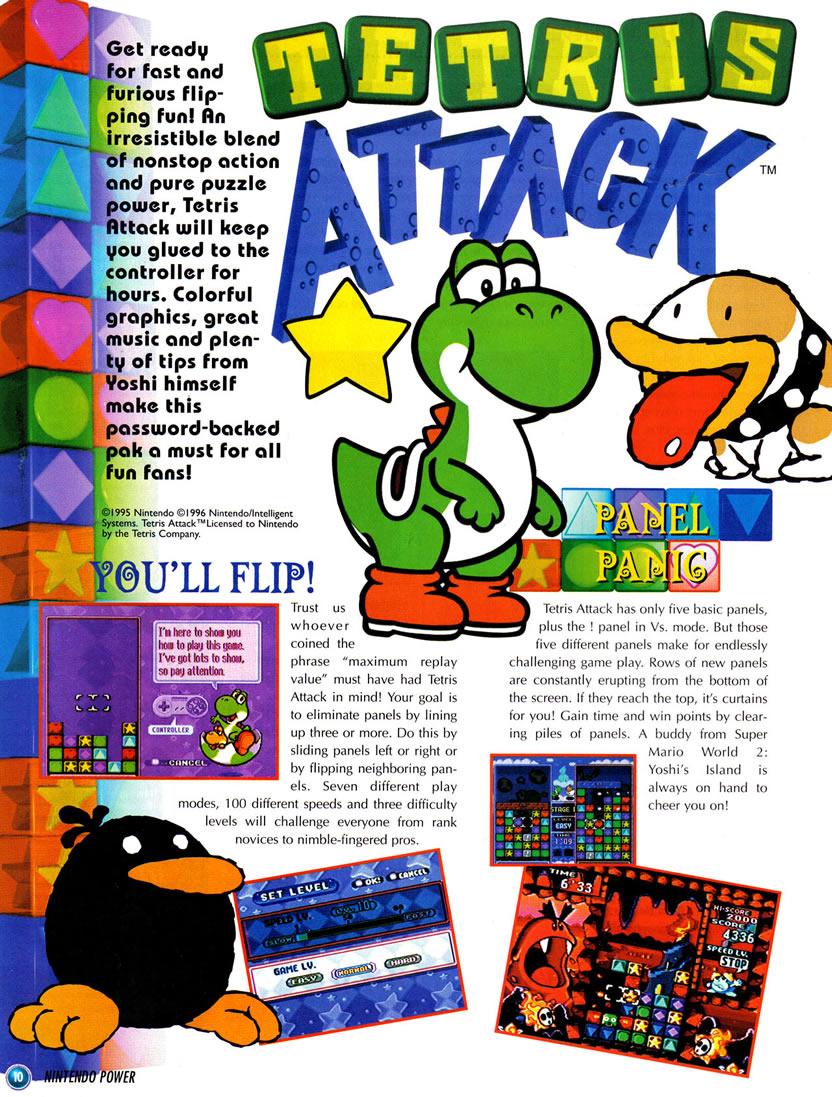 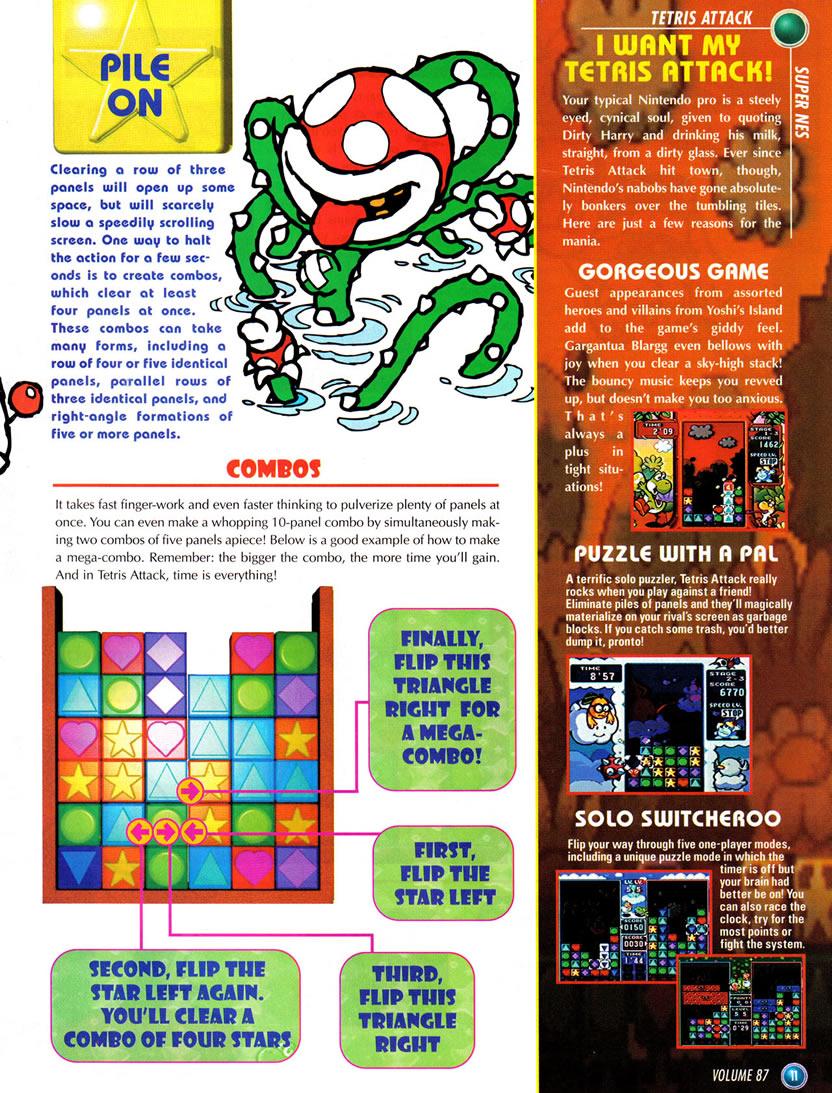 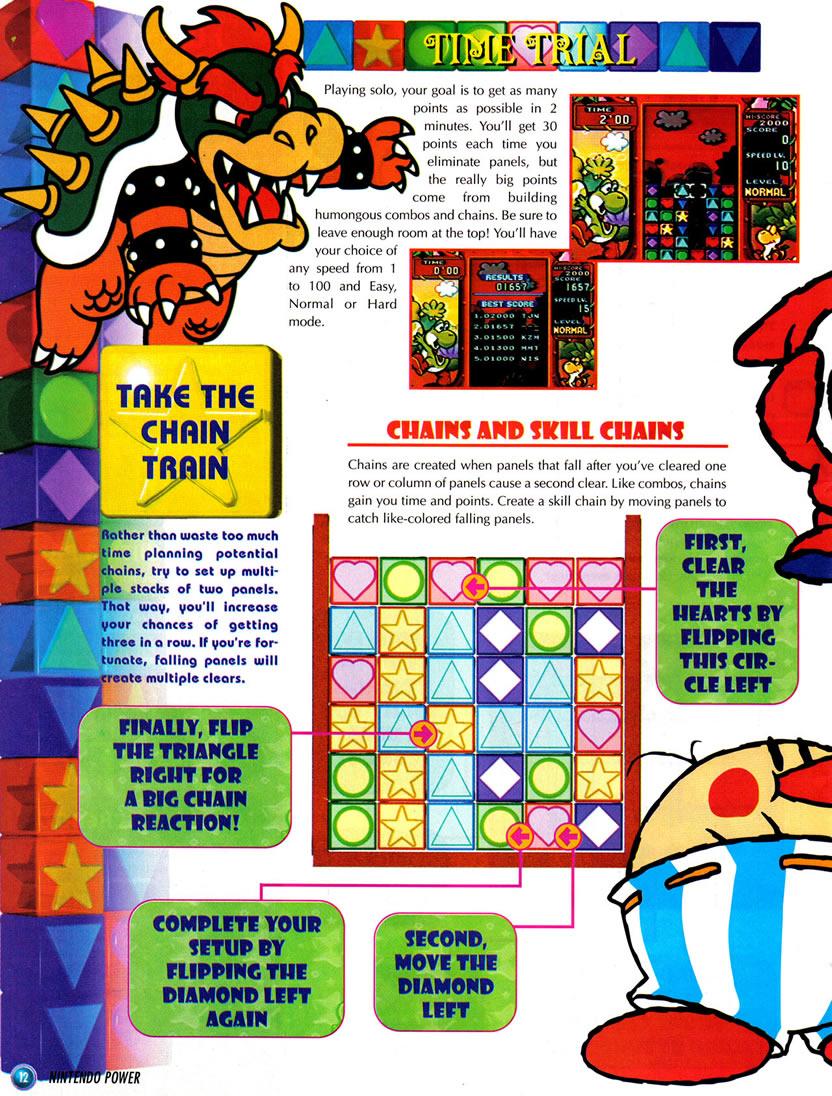 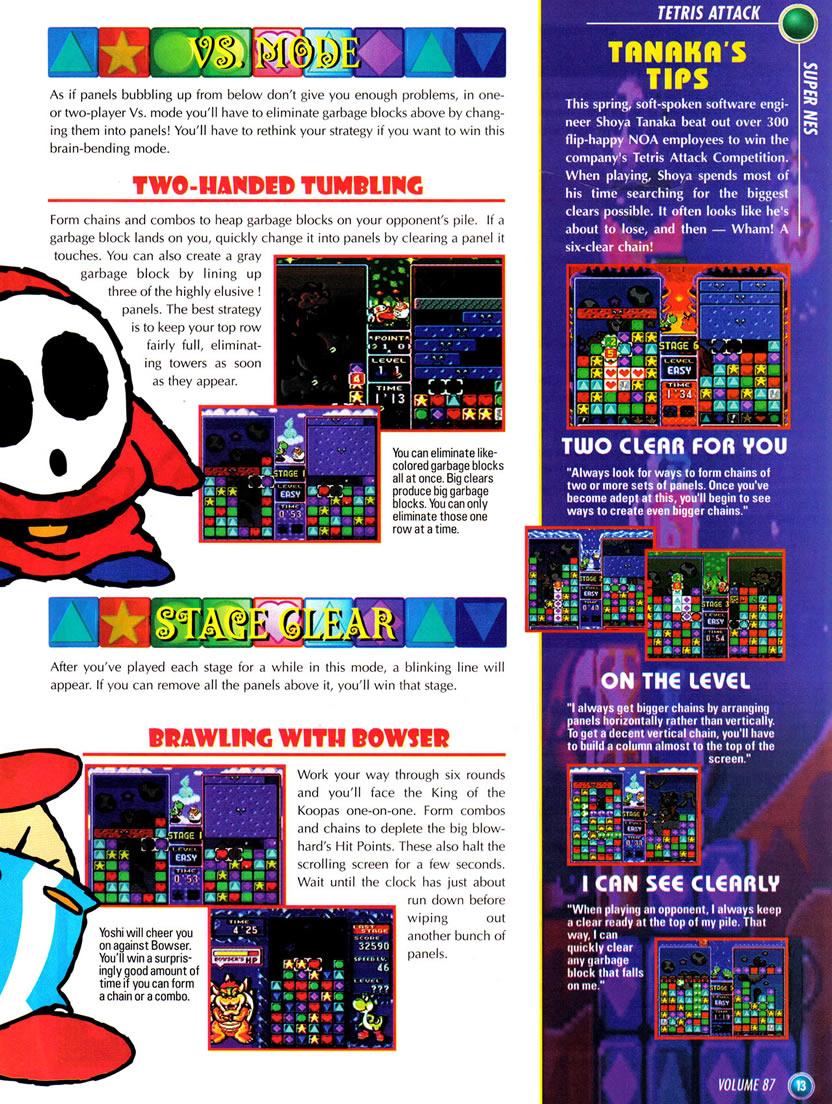 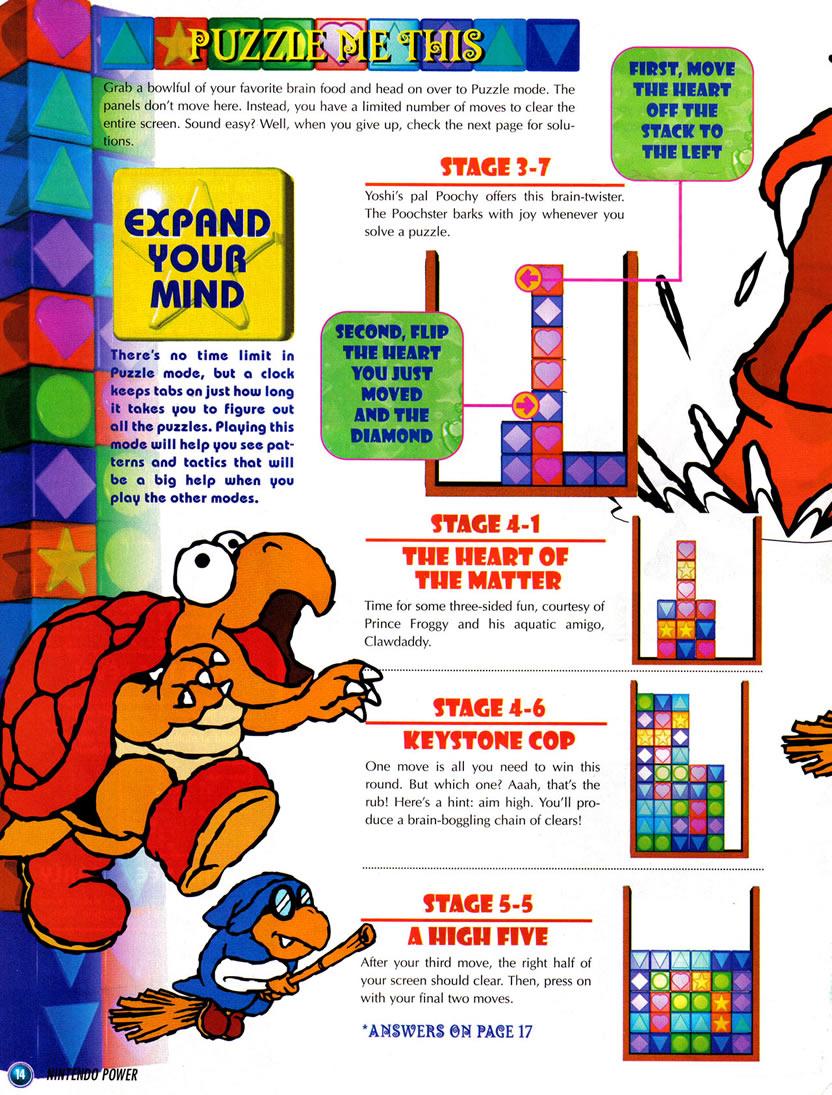 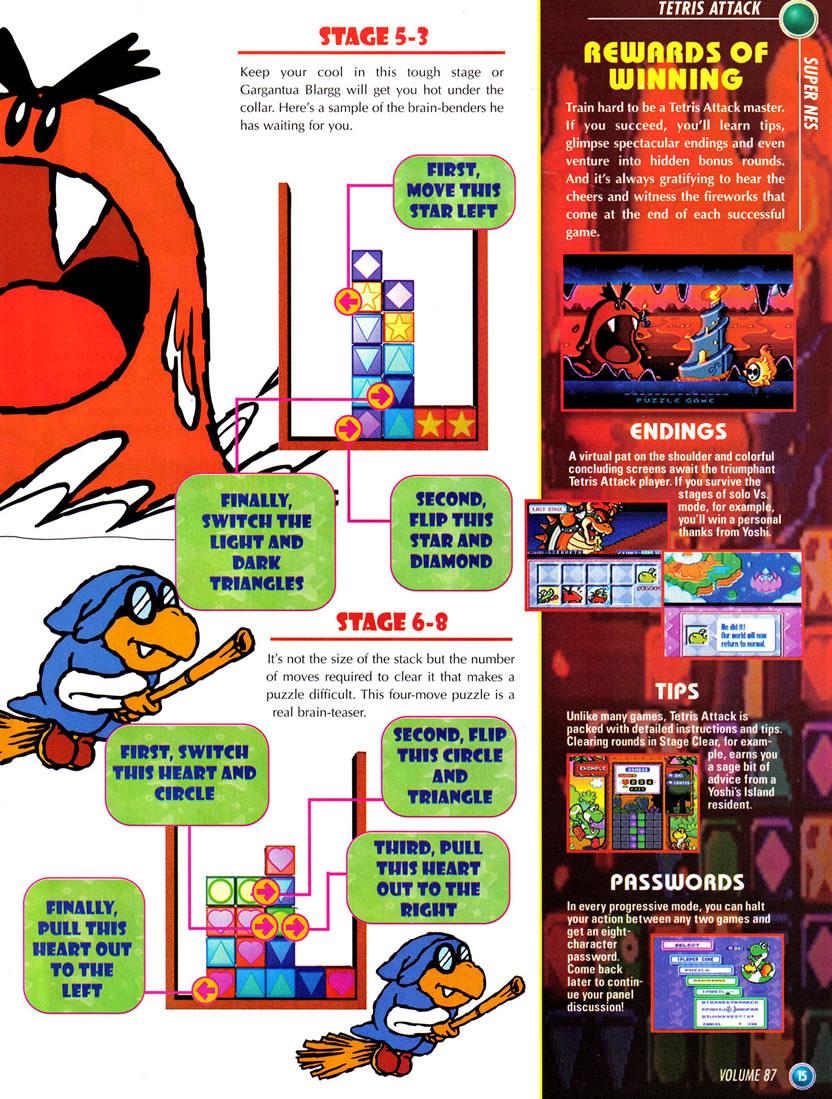 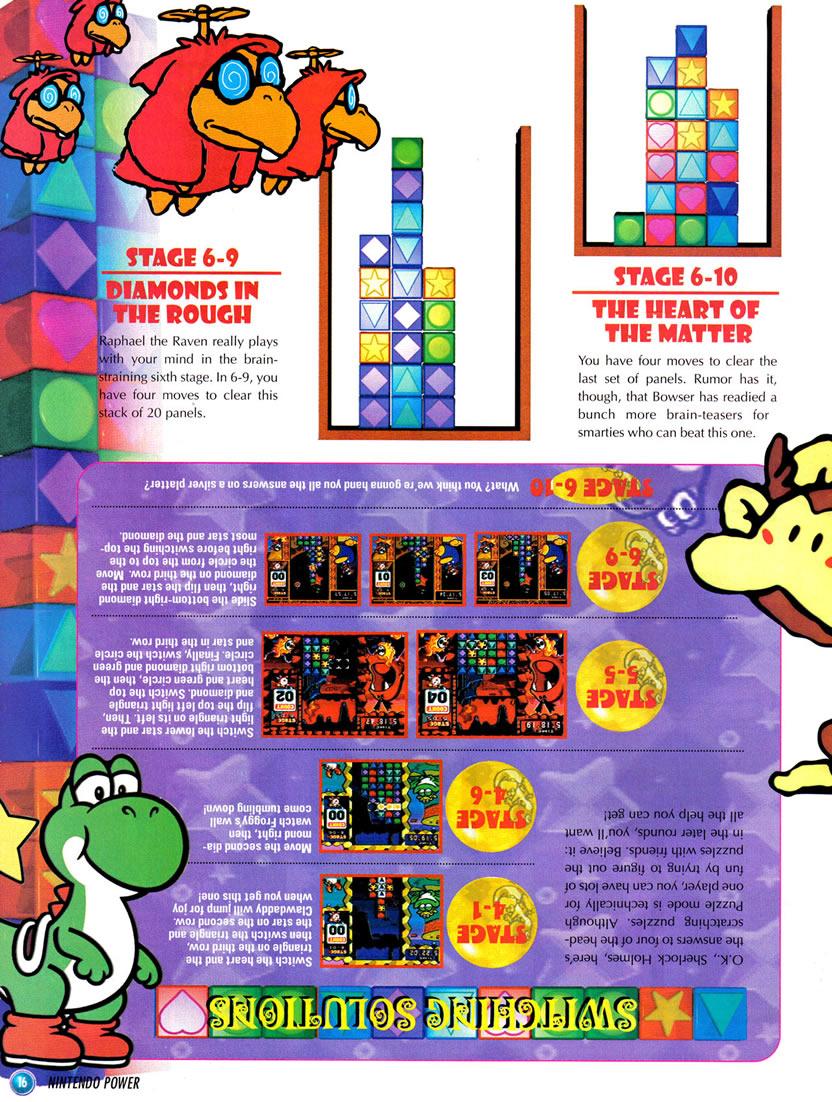 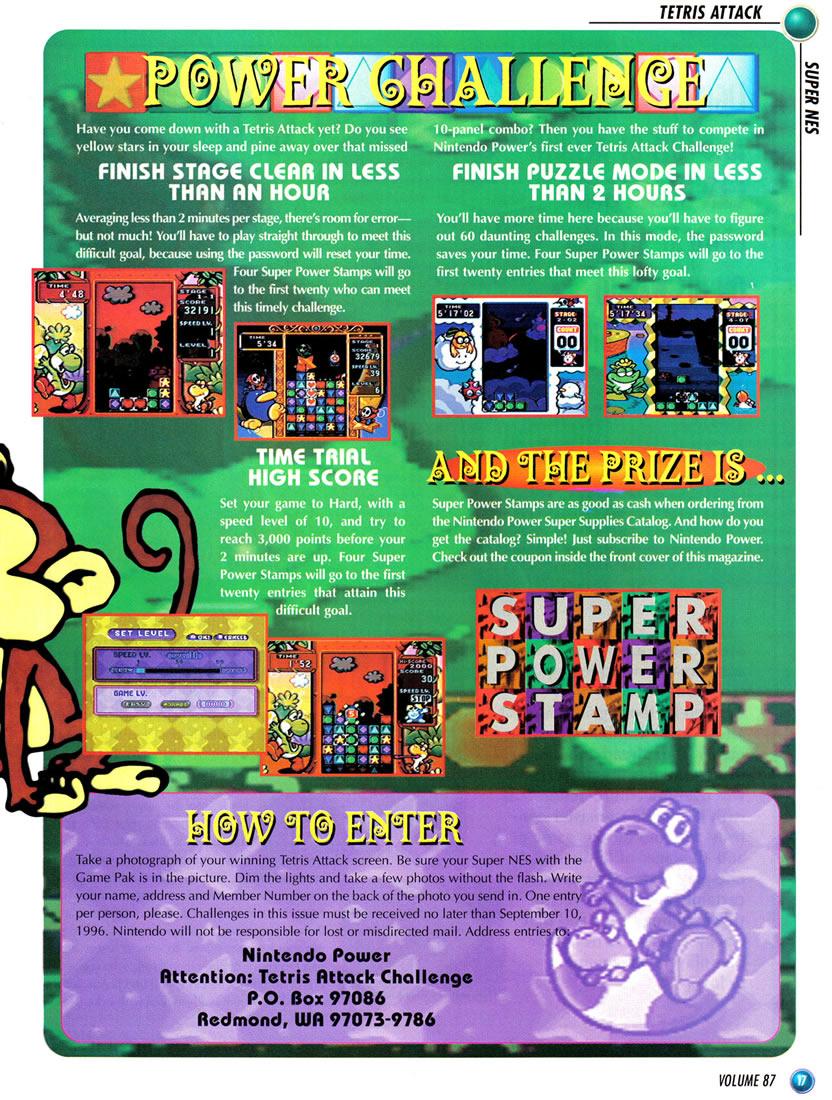