This article was originally published in the March 1997 edition of NP. Send in a photo of your record-breaking run, and you could win one of thousands of prizes and have your time published in Nintendo Power and on the Nintendo Power Source web site. Also included is a scan of the official entry form for the competition.. its probably a bit late now though...

I had to lol to myself at the thought of all the photo shopped entries that they'd have received if they did this again in 2014! 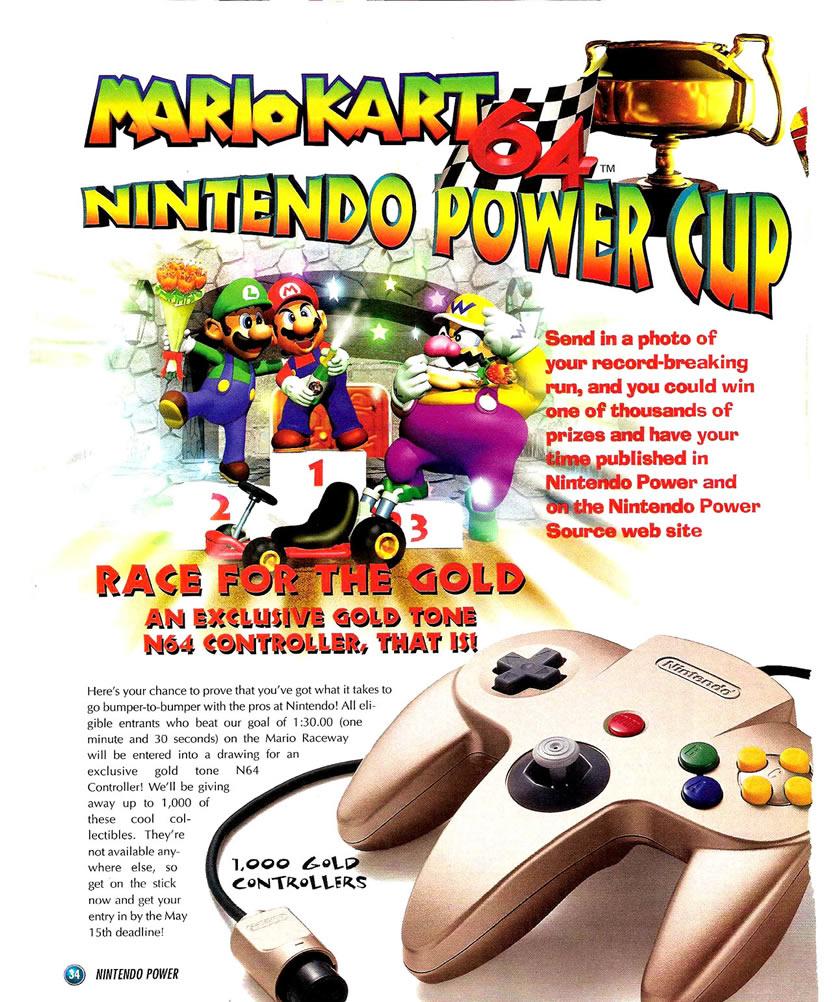 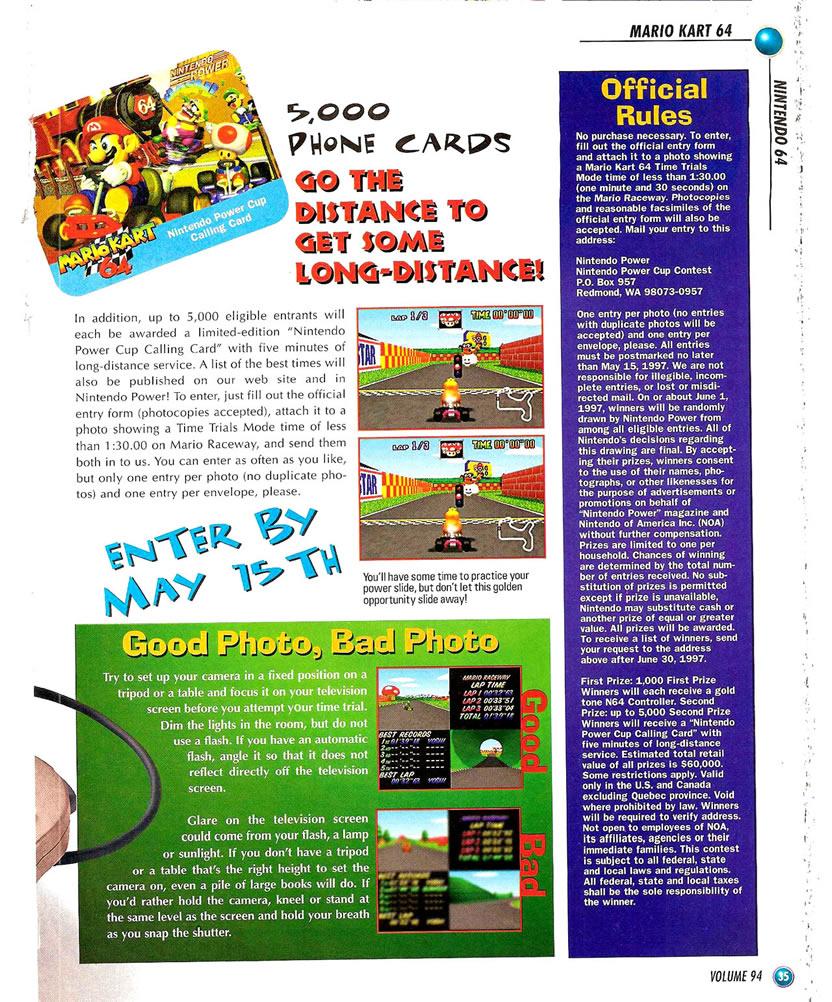 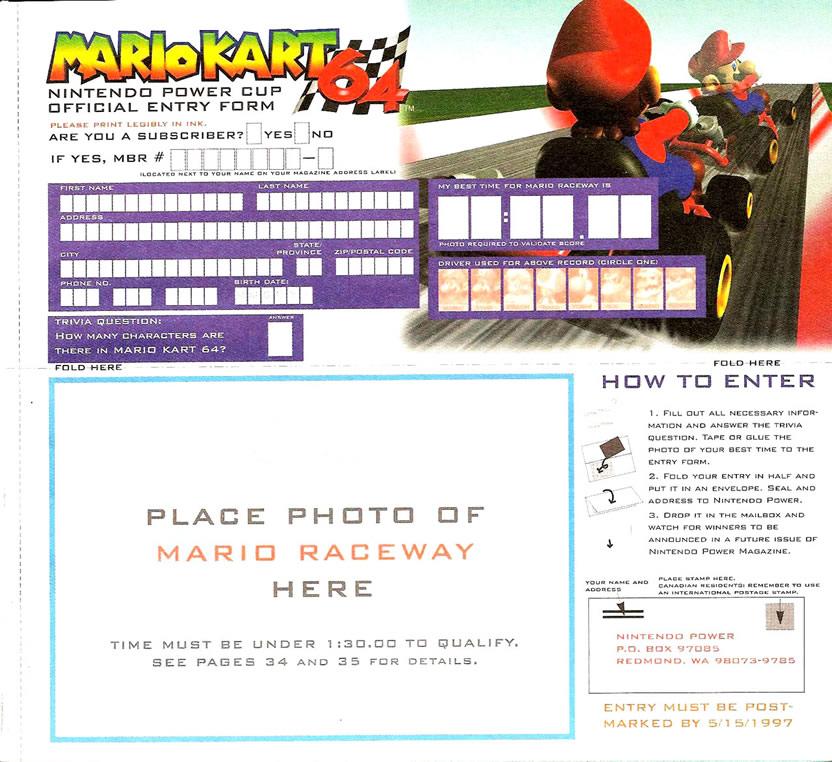