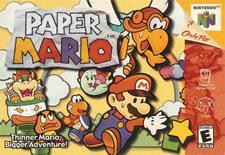 Introduction
Let me start off by saying, this is my FIRST RPG on Nintendo 64. I never bothered with Quest 64... so I'm really happy that another RPG came out! It's been a 4 year wait... but worth it! I've even had to go out and get a Dreamcast and a Playstation because of the lack of my favorite genre on a system I thought would have many, EVENTUALLY.

GAMEPLAY-
This is my favorite part of the game, as it uses some traditional elements. Turn based battle system, health points, and the like is an example of this. It also utilizes some platform game ideas by well timed button pushing and jumping to different blocks. Although nothing really spectacular or innovative, it is quite fun and reminds me of older games I played when I was little.

GRAPHICS-
The graphics are all like a story book, but you can't hold the 2D characters against them, because they were MEANT to look like this. They are all colorfully drawn, and the backgrounds enforce this even more, making it look like a coloring book. The characters, while small, show a some what good amount of detail in their movements and actions, and it's easy to understand what they are doing.

STORYLINE-
It is not a really spectacular or moving story, but it stresses on the game's cartoony look and ideas. It does get boring at parts when you have to do tedious side events ever so often. There are 8 wonderful chapters to this game, which are the backbone of the whole game, and make up for the not so great music. You can have 9 characters join your party eventually (the more the merrier i say). 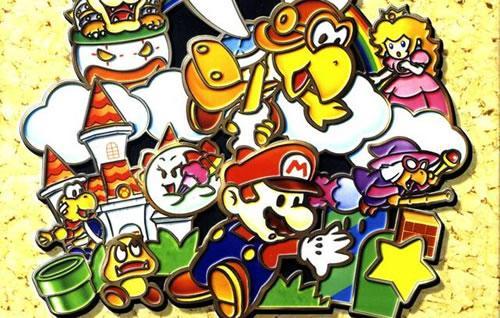 MUSIC/SOUND-
Not exactly what makes or breaks a game for me... but it still is alright in this game, unlike most N64 games in my opinion. I'm strangely reminded of Mario SNES games, now though, it's not just beep boop beep boop. The songs sound original and they set the fantasy mood that the storyline and graphics set up, for a total package.

REPLAYABILITY-
Paper Mario is still fun even when replaying it, because you can use some of the total 8 characters that you didn't get to in the previous file. You can try different combos of characters, although it makes little difference, it effects your battle strategy throughout the entire game.

SHOULD I BUY OR RENT?
I bought this, and did not regret it, I don't think most people would, unless something is a big problem to them. Unless you know you don't like an RPG, but still want to try another Mario game, I would rent the game to be cautious. (Boy... now i sound like a walking contradiction...) 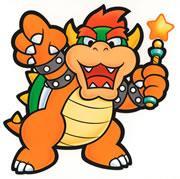