***
gplus
Digg
Gshare
Reddit
facebook
Pin It
twitter
With more and more Mario games being released, it seems one thing has gotten quite common among villains, the tendency to be outright consumed by their ego and overly narcissistic personality. From Bowser and his tendency to have Bowser faces and likenesses as common decorations through his castle and general realm of Dark Land, to the Shake King and his love of using his own face as the logo in a true Jolly Roger flag sense, many Mario characters seem to have a rather inflated sense of self importance.

It all seems to have started, at least in release date order, with Bowser and his conquest of the Mushroom Kingdom that first time back in Super Mario Bros 1. Here, you didn't really have the over the top, garish statues of Super Mario Bros 3 and World, nor the fancy face styled decorations on the castles, but you did have 7 fake Bowsers (more in the sequel, sometimes in the middle of normal castle levels with no axe nearby), all of which looked identically until burnt and sent to a fiery doom.

But it only spiraled out of control since there. Bowser has since got statues made his likeness (many shoot laser beams or breathe fire for that extra Evil Overlord edge), and his face plastered all over the front of castles. Super Mario Bros 3 seems to have brought this on, introducing the laser shooting statues and the gigantic paintings of the not so jolly Koopa King that litter his numerous castles. Super Mario World kept it going, with the statues that shoot fire at Mario or Luigi, and even took it to an all new height of vanity with the fifty foot neon sign on the front of his castle saying 'BOWSER'. Ah well, at least he never went as far as the cartoons, where his castle was called the 'Coney Island Disco Palace' and sounded more like a nightclub than an evil overlord lair.

But his stylings went further. Soon, he his entire face plastered on front of his castle, along with decorations shaped like other parts of his body (only Bowser would design a palace with his head as the front gate). Or the roof was designed like a spiky Koopa Shell. Or that giant Mecha Bowser was rattling back and forth and blasting huge blasts of flame down the expansive passageways. Even the wall markings were of him and Bowser Jr, the throne bear his image, and the rugs... well, they were based on him alright.

Super Mario Galaxy continued a trend. Airships now had his face on the front (didn't he realize that those faces were not vanity related, but meant to scare people?), and his face crossed with two swords as the pirate flag.

Usually, this quirk would be kept to the main villain, with minor villains deciding to keep a somewhat reasonable set of aims and a reason view of their own impressiveness. But you'd be wrong, the other villains in the series, especially the RPG series kept it going all right, to the point some of them actually managed to out perform Bowser.

First there was Princess Shroob and the Shroob army, plastering their face and... unique style on the entire landscape. You really wonder now whether their planet originally looked like a purple mushroom, right? They also started the time honoured tradition of taking away their rival leader's fancy stylings and replacing it with their own, taking over Princess Peach's Castle and turning it into a nightmare realm with more than a hint of purple and green in the palette. Princess Peach statues became statues of the Shroob Princess, and the Mushroom styled floors became Shroob styled.

But two villains went even further. The Shake King in Wario Land The Shake Dimension apparently loved himself a tad too much, what with that blatantly obvious flag and ship front designed after himself and complete with beard. Of course, this stuff was already down by Bowser in Galaxy, so some people may be asking what's so impressive about this guy. Well, it takes a quick trip to Glittertown/Neon City to figure out why. He has his face in neon lights in the background. I'm sorry, but you don't do that unless you're a villain with far too much self confidence (see, Mr Burns and his casino in The Simpsons), and I doubt most people think the Shake King is even remotely interesting enough to look at when coloured in bright purple, green and yellow all over town. Then again, most people don't live in places with a self destruct timer or a caged Merfle, or where slot machines give out live explosives either, which gives the impression of an egopolis designed in one individual's delusions of grandeur. 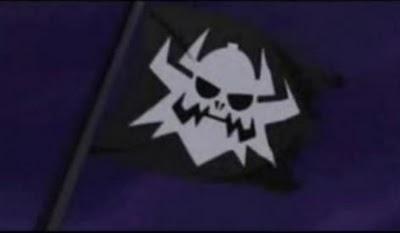 Finally, you have Fawful. He's already a bit crazy with the mad science in Superstar Saga, but his self image is beyond even this level of mad. He talks about his battle as if it were some television event complete with Lakitu camera crew and spotlights, then goes further in Bowser's Inside Story to the point of craziness. Every enemy is designed after Fawful. Every monster has his grotesque slasher smile permanently on it's face, implying massive mind control over about half the continent. Robots designed in his self image lurk the hijacked Princess Peach's Castle, and that smile is EVRYWHERE. On the statues of Peach, the rugs, the walls... He even hijacked Bowser, putting his glasses on each of Bowser's ego styled possessions. 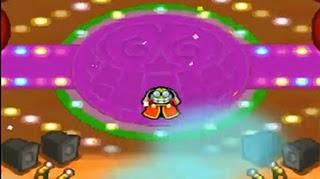 Sadly, it goes on. His face is on the front of a train for goodness sake! And the brainwashed Koopa Troop treat him like a pop star, with shouts of 'All Hail Lord Fawful' and 'We must defend Lord Fawful!' On a non related note, why do three quarters of lunatics with world domination ambitions call themselves 'Lord' whoever anyway? Isn't that becoming a cliche villain title?

Excited crowd! You feel it?

I am needing to feel it even more, though!

Oh, I am feeling the power! It high-fives Fawful's face!

Is there a reason why more villains seem to be clinically insane and obsessed with their own image in this series? Bowser's bad enough, but Fawful's downright deranged. Ah well, every other video game villain or other media bad guy with far too much money to throw around seems to get hit by this, maybe it's a signature thing for a bad guy?