Third time is a charm they say, and Nintendo did it, taking the power of the Gameboy advance to the edge they released one of the better, if not the best, platformers right into the Gameboy advance. Yoshi’s Island, the game that was bundled with the Snes 2 and probably one of the few that gave the perfect use to the SFX-2 Chip saw its release as Super Mario Advance 3.

Taking on Yoshi who helps Baby Mario get to his lost brother Baby Luigi, you travel through Dinosaur Island and meet with Snifits, Shyguys, Shyaways and Kamek to defeat Baby Bowser. Of course, you can connect up to 4 players to play Super Mario Bros, a staple now of the Advance series. The game includes all the levels and 6 “advance exclusive” new levels. 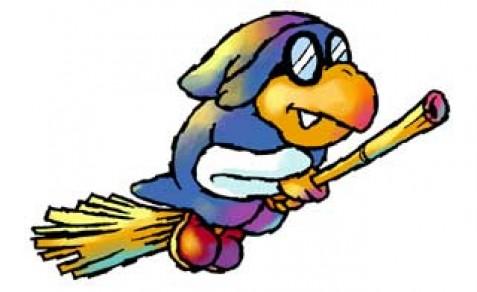 Kamek on his broomstick

From the first opening cinematic
Narrator: A long, long time ago... This is a story about baby Mario and Yoshi. A stork hurries across the dusky, pre-dawn sky. In his bill, he supports a pair of twins. Suddenly, a shadow appears in a gap between the clouds and races towards the stork with blinding speed.
Kamek: "SCRREEEECH!!!"
Kamek: "THE BABIES ARE MINE!"
Narrator: WOW!!! Snatching only one baby, the creature vanishes into the darkness from whence it came. The second baby falls undetected towards the open sea... OH NOO...
Meanwhile, here is Yoshi's Island, home to all Yoshies. It's a lovely day, and Yoshi is taking a walk. HUH?!? Suddenly, a baby drops in onto his back. The baby seems to be fine. This is very fortunate! Wha-? Something else fell with the baby... Let's take a peek... It looks like a map. Maybe the stork was using it? But Yoshi can't figure it out. Yoshi decides to talk to his friends.
Kamek: AAAAAAAAAAKK!!!
Narrator: Kamek, the evil Magikoopa, and kidnapper of the baby, quickly dispatches his toadies, when he discovers that he missed the other baby!
Yoshi heads leisurely back to the other Yoshies, unaware of the danger at hand. Kamek's forces are actively searching the island. Will these two children ever reach their parents safely?

From the second cinematic
Narrator: This paradise is Yoshi's Island, where all the Yoshies live. They are all in an uproar over the baby that fell from the sky. Wait! The baby seems to know where he wants to go... The bond between the twins informs each of them where the other one is. The Yoshies decide to carry the baby to his destination via a relay system. Now begins a new adventure for the Yoshies and baby Mario.

Perhaps you'd prefer to watch the opening / intro video for Super Mario Advance 3 instead? That explains the story pretty well.

Changes from the Original SNES Version

Don’t think the lack of the X and Y button will make this game harder, the L and R button cover for most of the functions of those buttons.
Yoshi has his flutter jump, achieved by keeping A pressed. B leashes out Yoshi’s long tongue to eat on enemies and he turns them into eggs by pressing down or spits them out with B, you can control de direction where you spit them. Pressing R brings out the crosshair, which you can lock with L to shoot an egg on that direction. Start pauses the game and select brings up the item selection menu, which also shows the current score of the level. 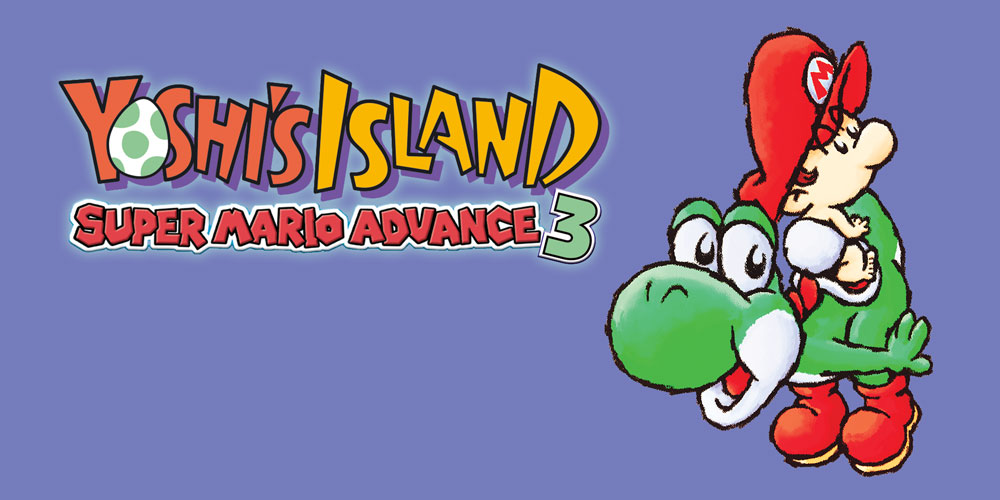 There are 6 worlds, which follow the same theme as the last version of Yoshis’ Island, these worlds are:

The game was well received, selling 1.6 million copies overall, re-released as a Player’s Choice title in 2006. IGN gave it an 8.6 and a Great rating, while GamePro gave it a 91, both sites praised its similarity to the SNES title but complained alike on the lack of intuitive controls.

The official trailer for the Wii U Virtual Console port 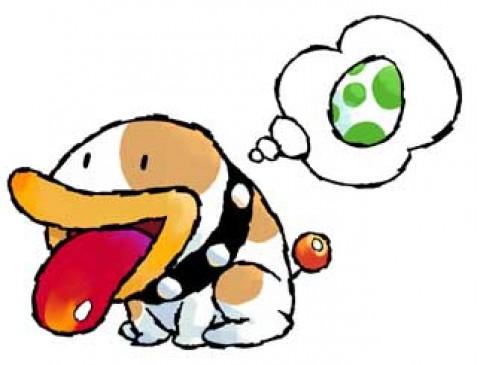