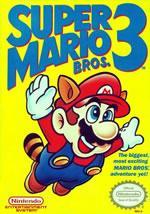 The Wizard... um, not a great start then, but it did make up for the rental fee. And how about that Power Glove? Er, well, it looked good at the time...

But anyway. Mario 3's the true sequel to Super Mario Bros and The Lost Levels... and while the originals were great, the huge step forward made by Mario 3 must have caught everyone by surprise. Listening, all you game designers out there? *This* is how you make a follow-up.

Story
I lost my manual a decade ago, so I'll do the best I can: Bowser was in a right state in SMB1, all bug-eyed and scrawny, so he pulled himself together, got a part-time job and social life, bit of working-out at the gym and lo! Years later he's a successful single parent with seven malevolent little kids and a plan to conquer the world. Now Mario has to save the transformed kings of seven lands from Bowser's magic-wand-sporting offspring, with pink-lettered encouragement from the Princess, who is pretty confident she's not going to get kidnapped this time...

Gameplay: 10/10
Um, it's Mario. Okay, I'll start again. Imagine a huge bowl of ice-cream.. your favourite flavour. You shovel great big spoonfuls into your mouth, and the once-luscious taste should be going bland, and you should be feeling sick, but you're not. It's still good, and look! You're finding little sherbet bits and chocolate chunks too. That's Mario's gameplay, and also a truly awful metaphor.

Miyamoto went nuts with this game, with too many little extras and features to mention, expanding hugely on the original... sideways, vertical or forced scrolling or in a maze of rooms, the stages themselves are chock-full of variety, and you'll never find yourself thinking ''Hmm... didn't I see something like this in World 2?''. Each world's theme tweaks the gameplay and setting enough to make sure that you won't grow old of repeated plays either. 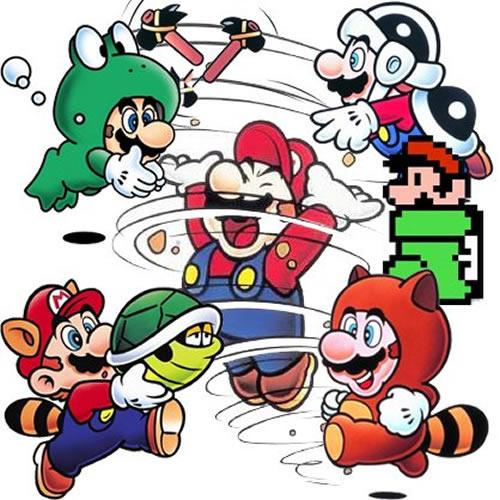 Two-player mode is more competitive than the original, with completed stages displaying an M for Mario or L for Luigi on the map if you want to battle for most-stages-beaten... a clever feature is being able to pull the other player into a game of the single-screen Mario Bros game if he passes your player's marker, where you can bounce the cards collected at the end of a stage out of each other to match yourself up some extra lives.

In later worlds, the map screen alone is full of places to go and things to do - secret sublevels and items, minigames and routes, full stages that you don't even have to complete to progress. I guess it could be a little difficult navigating the pipes on later levels if you want to clear the map, but that's barely even a niggle. And if you're truly stuck, chances are that one of the stockpiled items you can carry will help. Make no mistake, this is a huge game, especially if you play it from start to finish without the help of certain whistles, and you'll get a challenge that'll never frustrate. Except those stages with a certain aquatic creature swimming below, waiting... *shudder*

Control: 9/10
The controls are sublime, naturally. Although seeming a little too tight after a game of say, Super Mario 2 or Mario World, and although jumping off enemies seems to bounce you unnaturally high at first, once you've got the hang of things the precision is unbelievable. You'll find yourself doing little stunts, jumping off here, landing and bouncing to position yourself perfectly there.

In any other game you'd be afraid to leap across an underground chasm and use an unwary paratroopa as a stepping stone and grab those three coins in one manoeuvre (facing the opposite direction to show off), but in typical Miyamoto fashion it's not the game's fault if Mazza plunges screaming to his death, it's yours.

My only niggle is with the racoon or tanuki suit, as the tail-wagging function gets in the way if you're in mid-air, lining up to bounce off a few enemies in a row. And that unlike Mario World, you have to approach a Koopa shell from the side before picking it up, or it'll bounce away. That those are such tiny, nit-picky complaints shows how good the rest of the controls are. 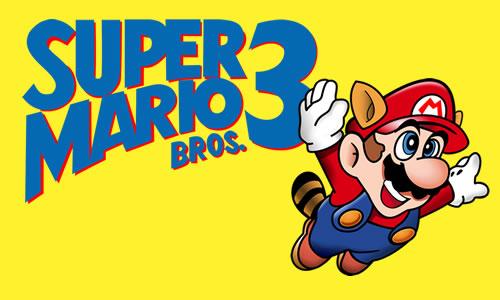 Graphics: 9/10
The original enemies are present and correct, but thankfully redrawn and looking great alongside the many many new sprites. Mario himself is nicely animated, with a deeply-nifty new animation for jumping when invincible. The backgrounds are good too, building on Super Mario Bros and adding more colour and detail, with a negative-space area at the end of every normal stage - almost as if you've reached the end of a roll of film or something.

Sound: 9/10
I might be wrong, but I heard the cartridge has a chip inside to upgrade the NES' sound capabilities. I wouldn't be surprised, as the sound is refreshingly different from most NES games thanks to the drums, remixing the original tunes and throwing in bundles of new tunes; from the slightly-haunting fortresses to the short looped world map tunes. It still sounds 100% Mario, with the original spot effects for jumping, coin-collecting and the like. A few tunes grate a tiny bit, but it's mostly all, er, choon-worthy.

Conclusion: 9/10
These days, I very rarely play the first Super Mario Bros game, but I still come back for a good long play of SMB3 - it feels like much more of an adventure than the original, so much more was added and the flaws of the original fixed. More of a big evolutionary step than a straight sequel, definitely (much like 2D Mario to Mario 64), and something more developers should strive to do (*coughTombRaidercough*). 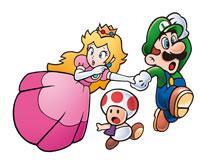 I'm still undecided whether it's the best Mario game or even the best game ever, but who cares... you can't go wrong with Mario 3 if you like platformers. Go grab it second-hand in NES or SNES Mario All-Stars form, or wait for the Gameboy Advance incarnation - it'll be like having that huge bowl of ice-cream in your pocket.