We've jumped into Mario's Time Machine again, and this time emerged in the summer of 1993, June to be precise.

After the usual sharp intake of breath and realisation of "OMG I WAS X MANY YEARS OLD", eight years old in my case, we realise something monumental is afoot, something that will be iconic for many years to come, despite not actually being that good (my opinion) - you guessed it, this is Flicks magazines pre-release feature on the Super Mario Bros Movie which was due for release the following month (on July 9th, 1993).

You'd be thoroughly disgusted if you knew how long it took me to work out the hand-scanner to get this right. Click for the full size pages (You can also ctrl+mousewheel up if you're decrepit old eyes are struggling) 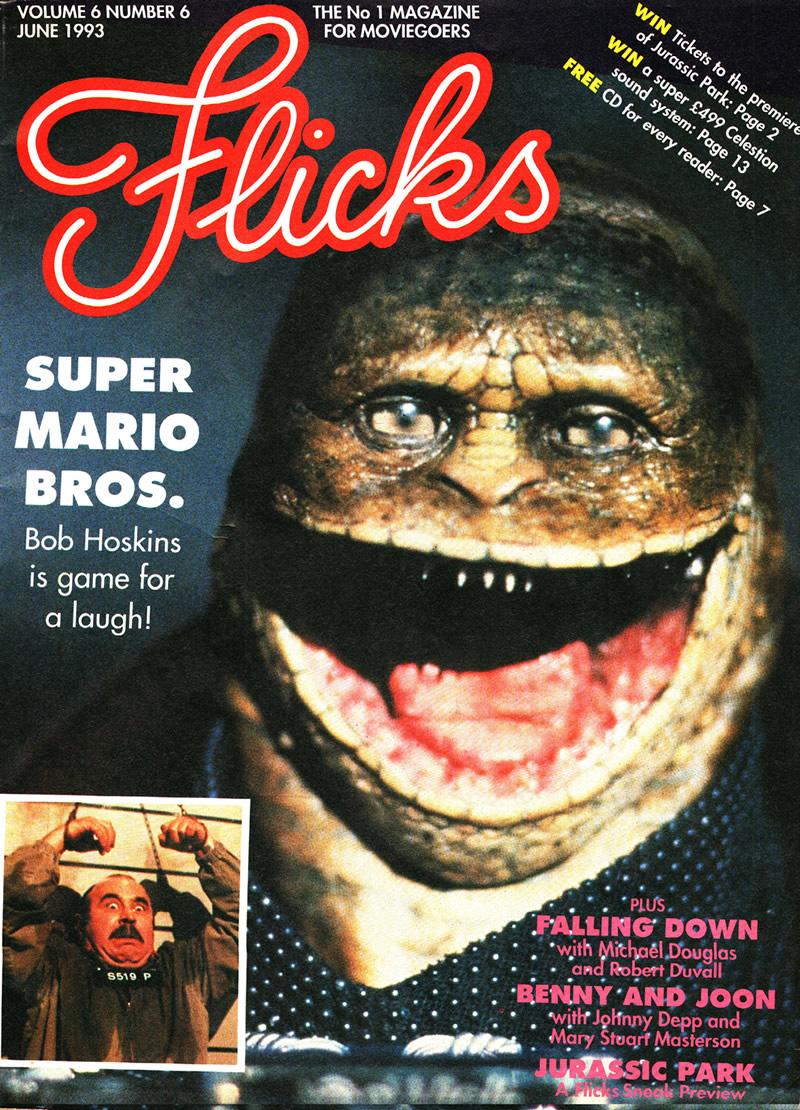 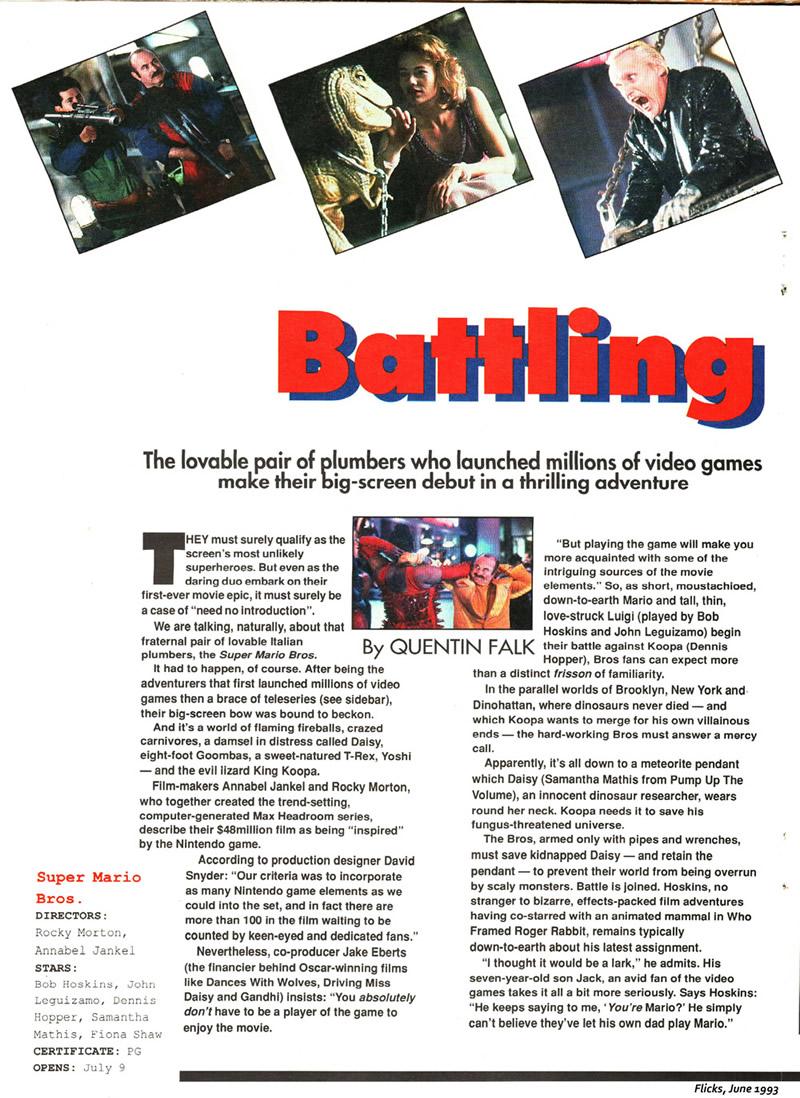 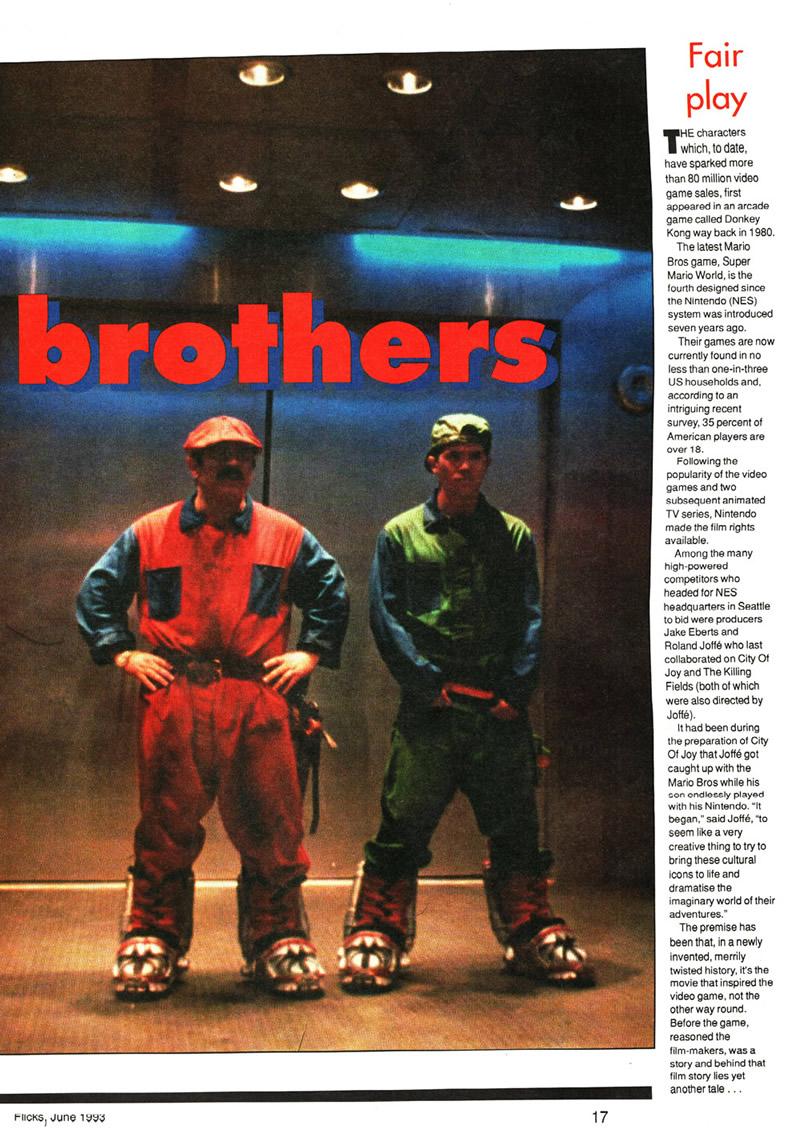 The movie starred Bob Hoskins as Mario, John Leguizamo as Luigi, the late Dennis Hopper (R.I.P) as Koopa, Samantha Mathis as Daisy and Fiona Shaw as Lena amongst others (you can check out the full info on our SMB Movie page).

The movie although highly anticipated due to the popularity of the Mario games series received some rather scathing reviews from critics and viewers alike, some examples below

Whilst I do think 4 out of 10 and 16% are pretty harsh I do have to admit that as an eight year old kid who had been watching the Mario cartoons for the 2 years prior, I was gutted it wasn't a cartoon-movie. What were your thoughts on this when you watched it back in the day?