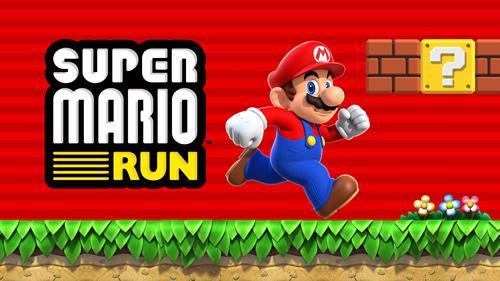 We've finally got a release date for Super Mario Run, the first Mario game exclusively for mobile devices (Never thought I'd see the day). The game is released on December 15th in 151 countries and will be free to have a play with for a few levels however in line with the trend of our day there will be a $9.99 (or local equivalent) price tag via in app-purchase if you want to play through more than just a few levels.

Nintendo did however release a statement saying this is the only in-app purchase Mario fans will have to make and they won't be charging anything else for future updates/levels. So at least it's not gone full on pay to win like Pokemon Go

A little bit about Super Mario Run for those who haven't heard about it yet; Mario is constantly running forward through the levels and you will tap the screen in different ways and at different timings to perform a variety of jumps to help him collect coins, items and presumably avoid him plummeting to an untimely demise; got the tapping skillz to reach the goal? time will tell.

There are a couple of different game modes too:

World Tour mode - this mode features 24 courses spread over 6 worlds and encapsulates many classic Mario style environments such as plains, caverns, castles, haunted houses, airships and more. The main aim is to reach the end and rescue the Princess from Bowsers clutches. For me this isn't a bad thing, a bit of classic mario "Story" doesn't hurt ;-)

Toad Rally - Show off your best moves against your friends or compete against others from around the world. A crowd of roaring Toad's cheer the competition on as you and your rival bust out your best moves to get the most coins and ultimately the most points. The Toad's will cheer the winner and potentially even come and live in your kingdom if you impress them enough with your screen tapping prowess.

There is a little catch though, you need 'Rally Tickets' in game to participate in Toad Rally, the good news is though they aren't payable - you can obtain them by doing bonus games in your Kingdom or by clearing worlds and levels.

Kingdom Builder - Ever wanted your very own version of the Mushroom Kingdom? well this is the closet we've come so far, enjoy! Gather coins and Toad's to build your own Kingdom by placing buildings and decorations etc. The Toad's you get from the Toad Rally will even help with the labour. This mode is a direct biproduct of doing well at the Toad Rally's