The Mario Series and the non effects of invasions, canon and characterisation
Login

The Mario Series and the non effects of invasions, canon and characterisation

***
gplus
Digg
Gshare
Reddit
facebook
Pin It
twitter
Yes, I'm a writer here now. Looking at the long list of sites I'm a writer for, well... yeah. I have way too much free time.

Ever noticed, how every Mario game seems to be self contained in a certain area and nobody outside it seems to realise the events of said game? Well, maybe it's an effect of the negative continuity or non canon status of much of the Mario series, but it seems insane that big, world changing events can apparently happen in the Mushroom Kingdom but leave everyone else entirely clueless to what's going on. Or vice versa.

Do you need an example? Well take Mario and Luigi Bowser's Inside Story. They remember the Shroobs in the plot, but for some reason, they don't seem to remember any of the other stories in the Mario series. Even two metres outside Toad Town, no one is apparently aware Bowser bombed the town with his airship fleet in Super Mario Galaxy, or took the castle into space with a UFO and very long chains, but still remember an event which happened about twenty years ago, often before many were born. It's at least somewhat suspicious then in Mario Galaxy, no one seems to realise this wasn't the first time the festival got attacked (or the town), or how despite the sequel having the nigh exact same plan as the first game, everyone thinks it's new that Bowser attacked the festival. I know perhaps the universe got reset and the order is ambiguous here, but why is everyone even surprised when Peach gets attacked and captured by his vileness any more? 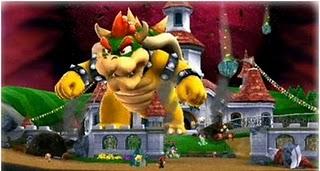 Why does no one remember this kind of thing?

Scale too. Why doesn't Isle Delfino and it's residents ever seem to realise the events of the RPGs or prior platformers? I know news is a minor industry in the Mushroom World, but you just don't go entirely unaware of the end of the world. It's like your local world ending scenarios suddenly stop at the country border and everyone else doesn't even seem remotely aware of it. That's not even remotely realistic, over in the real world we know if there's a war or conflict or end of the world situation on the other side of the planet due to various new sources and reporters. So we're meant to believe, of all things, that say, the darkness from the Shadow Queen's rise to power in Paper Mario the Thousand Year Door suddenly stopped at all border lines and it remained perfectly happy in Beanbean Kingdom, Sarasara Land or Isle Delfino? Or if WarioWare was in said universe, or if DK Island was in the vicinity, those places stayed a perfectly sunny paradise and didn't experience a likely high magnitude Earthquake and the sky going dark all of a sudden with no reason? Heck, the event even affected Glitzville, above the freaking clouds and suddenly all non Rogueport like areas were clueless of it?

Or how Bowser's invasion of Mushroom World completely missed the bordering countries. Maybe it's due to overuse of geographic flexibility, but the situation basically seems to be other areas just suddenly popping into existance as the games come with an apparently peaceful past defying all possible explanation. 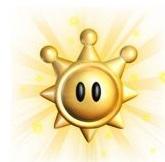 How do these only affect the sun above Isle Delfino?

Other examples are plentiful. How does the sun ONLY go out above Isle Delfino when the sprites are nicked? Is there like, four suns and six moons above the Mushroom World here? It also makes me wonder how the Shroob invasion apparently only affected Mushroom Kingdom. Did they just look at Beanbean Kingdom, go 'too much work' and march towards Princess Peach's Castle? Did the Smithy Gang just forget anything existed outside of the Mushroom Kingdom?

Of course, it might just be that the reactions of people other than Mario are seen as completely worthless to Nintendo and the other Mario game developers. But I think the big issue here is that the Mario games seem to boast about being negative continuity publically but really start referencing the other work of the same creators like it's some kind of only truth in the series. It's hard to explain, but the Mario platformers tend to only consider the other platformers canon and the RPGs seemingly only generally the other RPGs. The series has basically split two ways along the middle, with one side being action filled platformers where story is minimum, Mario is dead series, Luigi is slightly brave and Bowser is competent, and the other being comedy RPGs where story and shout out nods to other Mario RPGs is common, Mario is still dead serious (what, there's some similarity!), Luigi is an utter coward and Bowser is a joke with no real threat level to him. By Bowser's Inside Story, it seems the RPG part of the series (aka, Alphadream/Intelligent Systems) has basically said '*** this, we don't particularly care about referencing Mario Galaxy or New Super Mario Bros.

Ah well. They're not the only ones, it seems the Mario spinoffs seem to pay very little attention to any Wii era Mario games. Indeed, they're still bloody obsessed with Super Mario Sunshine and Luigi's Mansion stuff.

Are these the only effects of Super Mario Galaxy in the spinoffs? Yet how come they can’t go two minutes without a new Isle Delfino or Luigi’s Mansion level?

But all this brings me back to another side effect of the games not really referencing each other, and that's that for some reason, the plot based games and adaptations (sorry, I like the Mario RPGs, but they're often at fault here) tend to really derail many of the characters and such by making them too weak to do anything useful. It's bad enough when the Shroobs apparently singlehandedly defeat the entire Mushroom Kingdom and all the current villains just by arriving (does Bowser not have anything better than his bloody Koopa Cruiser to fight back with? What happened to all the airships?), and nearly as bad when apparently one giant sword in Mario RPG drove away Bowser's entire army (huh? No one fought back after Bowser was thrown through roof, at least for their life?) It's then just stupid when Bowser's Castle and entire army gets defeated by three robot Fawful helicopter things in Bowser's Inside Story. Just three of them, and they're enemies Mario and Luigi can defeat in maybe seconds in combat. Did they outright forget just how successful Bowser's troops were back in the NES/SNES/Nintendo 64 days or something? They conquered the likely whole Mushroom World. I'm sorry, this came straight after Super Mario Galaxy and just bugged me half to death due to how poor the 'attack' was.
Let's not even get into the cartoon series. One episode had Mario and Luigi running from a GOOMBA. You know, the easy enemies from every Mario game (if you don't, you're one of the 0.1% of people on the planet who's only games were Super Mario Land and Super Mario Sunshine). I know TV series are interested in a dramatic plot and some kind of 'danger' element, but making someone run from a near harmless joke enemy killed by the hundreds in normal games and episodes is a really poor way to do this. Similarly, way too many episodes had Mario and co lose to completely mediocre characters of standard enemy species. A bunch of Rexes shouldn't ever give Mario and Luigi any real trouble, period.

It's all back to the 'why doesn't Bowser just use his Galaxy army against the RPG villains' thing. In fact, I think a really nice RPG game would be one where you actually play as Bowser for about half the game, breaking into and fighting through the 'new' villain's base. It'd be interesting, you'd actually get to see Bowser's army doing some kind of work, you'd get to level them up and use their various special attacks from the platformers in RPG combat and have the awkward situation of choosing how powerful your enemies are later. So while you'd also play as Mario and Luigi and whoever elsewhere, you'd have to make the choice of whether you say, make the Whomp King/King Boo/Gobblegut/whoever level 90 odd to crush flat the villain's army from ***, or make them relatively weak so Mario and Luigi have it easier when they fight Bowser and co at his most fearsome in the final dungeon/battles. That happened in Bowser's Inside Story to a degree, you fought Bowser halfway through the game with the special attacks he had learnt when playable earlier (he rejoins you later, obviously). So you'd either learn Shy Guy Squad to crush Midbus with ease or not learn it to give Mario and Luigi an easier time in the battle at the hospital. It'd be like that again, every enemy and boss in the final dungeon of Bowser's Castle would be at the level you had them at when playable earlier, complete with the same range of special attacks, items, etc.

Plus, you''ve got to admit, wouldn't it be cool to for once play as the Galaxy 1 or 2 bosses in an RPG and do a pre emptive strike against the new villain trying their hand at world conquest? It'd be fun to crush flat say the X Nauts with a huge army of Bowser's Koopa Troop/monsters, and it'd be the first time ever the player is literally playing as the big bad and hijacking the plot themselves. Less 'hijacked by Ganon', more 'hijacking plot AS Ganon'.

So why don't the story's effects change anything else in Mushroom World? And better yet, why can't we ever really kick *** as Bowser rather than just be a mildly strong semi dark anti hero with the same appearance?

Because gameplay and story segregation is bad, kay?