New challenger approaching? well, not a challenger, but someone is indeed approaching - Waluigi will not be a playable character in the upcoming Super Smash Bros title, although he will be featured in the game as an assist trophy, accompanied by his trusty racket, unfortunately unlike Little Mac, Waluigi was unable to pass the pre-tournament medical and fitness test due to poor diet and lack of training. 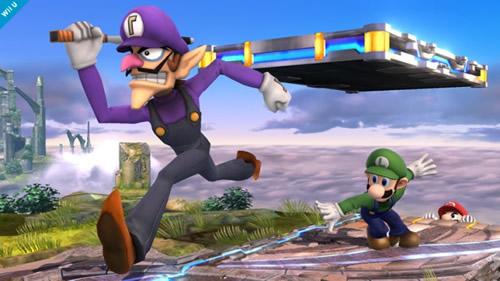 The director of the Super Smash Bros series, Masahiro Sakurai had the following to say on the Miiverse

Once again, Waluigi’s Assist Trophy joins the collection!! …Which also means he’s not a playable character. Just because you try hard doesn’t mean you’ll make it into the battle.

Well, thats a shame, A+ for effort though Waluigi.