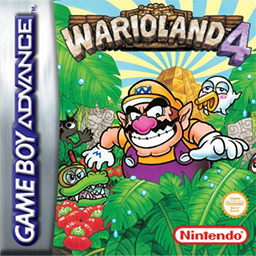 Nintendo is no stranger to the platformer genre. In fact, many would claim they built the genre. It’s hard to argue that they have dominated the platform scene with franchises like Super Mario, Metroid, and Donkey Kong Country. Nintendo has enjoyed the success of these franchises and continues to make new iterations of them. But there is one Nintendo platformer that gets overlooked among the major franchises.

Hidden beneath all the remakes and new Super Mario Bros games there’s one franchise that is one of Nintendo’s greatest treasures: Wario Land 4.

Wario Land 4 is a Platformer released for the GameBoy Advance in 2001. While it got amazing reviews, it fell under the radar of most gamers. The game consists of 20 levels set in 5 zones, each having its own unique theme and boss inside. Wario Smashes his way through each level, and when he gets to the end, presses a button which activates a timer, only allowing a small allotment of time to get back to the starting location and exit the level.

Wario is not even close to one of Nintendo’s favorite heroes. But Wario Land 4 proves to be as good, if not better than many of the Mario games. One IGN reviewer claims that Wario Land 4 is among his favorite platformers, up there along with the likes of Super Mario Bros, saying “Wario rocks -- there's a lot of variety in the game design and is more challenging than the usual side-scrolling fare due to its focus on making players figure out how to get to certain locations in the level. … Wario Land 4 puts a lot more emphasis on action.” (Wario Land 4, IGN). Personally, I have to agree with this, as Wario Land 4 delivers super fun gameplay, a quirky story, and plenty of collecting and boss fighting. Wario Land 4 for the GameBoy Advance is one of Nintendo’s greatest platformers, and one of my favorite throwback games.

I picked up an original GameBoy Advance right before I left for college, as an inner cry felt deep inside for anything nostalgic: an attempt to stay a kid for as long as possible before I was thrown into the ring with life and adulthood tag teaming me. Dark analogies aside, it was one of the greatest use of $40 I’ve ever spent (second only to buying a 3Ds with a damaged, but replaceable, upper screen). When I got home and booted up the game, I was very impressed by the opening cutscene, which reminded me a lot of the WarioWare series cutscenes. We meet our “hero” Wario reading a newspaper where he reads about a lost pyramid full of untold riches inside. Without hesitation he heads to the site, where he clumsily falls inside a trap. 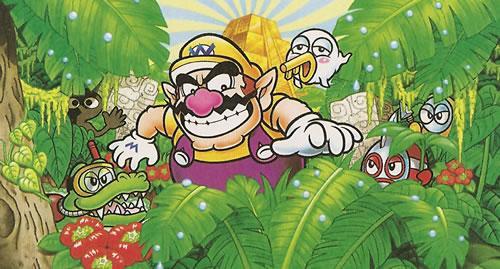 He enters into a room with a gold pyramid in the middle and five rooms on the walls surrounding it. Each leads to a corridor where the levels are located, a pretty smart way to add a somewhat non-linear gameplay to a platform game. Each chamber has five levels and a boss, and each boss is weird in its own way. The levels are colorful and varied, with no two levels, even in the same chamber, being the same. The endgame goal is to collect as much treasure as possible. Along with the design of the levels, there are several procedures and gameplay elements that set Wario Land 4 apart from most other platformers.

In Super Mario Bros, the player was timed and had to pass the level as soon as possible. In Wario Land 4, however, Nintendo used the ticking clock in a way that was actually fun. Normally, any level or puzzle that has a ticking clock associated with it makes me throw the nearest convenient item in my room through the window. However, I didn’t have this experience when the clock ticked in these levels. When I entered a level, I was greeted by a beautifully vibrant world, full of cleverly designed bad guys, smashable objects, vines, and not a single timer. When I was done romping around collecting treasures, stomping baddies, and beating up old guys, I found a Bird-key thing used to unlock the next level. Next to it was a frog statue with a bomb in its mouth which opens up the passage back to the overworld. And then the timer appeared. I had 2 minutes to retrace my steps and high tail Wario’s large posterior back to the start of the level. I darn near dropped my GBA my hands were so sweaty, but I made it back to that start with 13 seconds to spare. Not adding a timer until the end allows the player to better appreciate the environment and spend more time collecting at a leisurely pace, as well as scout out possible escape routes. The sudden intensity of fighting the clock is actually fun, using routes discovered before and running as the screen shakes and time winds down.

Along with pointing out gameplay differences from Wario Land 4 and Super Mario games, there is a difference too in how the player feels. When playing any Mario game, the player feels a sort of altruism, even if it doesn’t seem obvious, but there’s something about fighting a powerful enemy to rescue someone the player and character sympathize with. It’s the same sort of feeling one gets when they smile after doing something good for another person. In Wario Land, the mood is a bit different. There is no one needing help, no despot enemy to fight, just a greedy Mario brother collecting coins and brutally smashing anything in his way. In the Craig Harris IGN review, they pointed out that unlike Mario games, where the player jumps on enemies and at most has only three hitpoints, Wario plows headlong into enemies, smashing them with a large array of attacks, and has the equivalent amount of hitpoints as 4 Mario lives(with mushrooms). The power goes to the player’s head, and they tend to solve puzzles by using their head as a battering ram instead of a way to logically solve a puzzle. Playing this game doesn’t cause the player to become a greedy, headstrong tank, but it is satisfying to plow through obstacles and simply collect as many coins as possible, without being hassled by a selfless quest to save someone. I don’t want to give away the ending, but Wario accidently did a couple of altruistic things at the end of the game, which were a nice touch to the overall mood of the game.

There’s no way the average player could connect with Wario, but the game’s characterization procedures pull the player into the story, shaping the overall experience. Wario, who is in every way the opposite of the altruistic Mario, greedy, and is motivated more for personal gain than any of Nintendo’s large cast of characters. However, Wario was the right pick for this game. Even though has mostly appeared in games as the main antagonist, he fits the game very well as the lead protagonist. The procedurality of his characterization pushes the player to be more aggressive just by subtly making Wario flex his muscles every now and then, and making his attacks look strong. It’s very nice when games design the character’s physical attributes and characterization to match the gameplay. 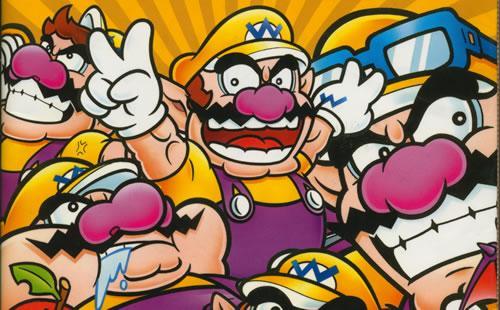 The procedural gameplay of timers adds a rush of excitement at the end of all the levels, and the game has a great overall feel, from the controls to the level design. The timer and level procedurality work hand in hand to create a fun, exciting experience. The levels are so much more open than many platformers, such as Super Mario. There are secret rooms, alternate routes, and many puzzles Wario can smash headlong into. It’s easy to get lost in the giant levels, however, when the end of the level is reached, and the timer is activated, new paths open up, but this time there is no time to look around. The way the developers opened up a section of the map at the end adds more chaos and exploration to the game. In my experience, Wario Land 4 uses the timer better than any other game.

Controls are also a very important part of any game. To be blunt, if the controls don’t feel good or are clunky, the game will lose much of the fun. Wario Land 4 Has a great control scheme that adds to the procedurality of connecting the player to the game. This connection is most important, since it’s the most direct way the player connects with the game. Good controls mean quality gameplay.

I recommend this game to anyone who is casual but likes a good challenge. The characterization and story invest the player into the game, while the procedure of mad coin grabbing and timed dash back to the start keep the adrenaline and excitement flowing. With Wario, the developers could have some fun with some elements such as the violent attacks, and tossing old people to figure out puzzles. Overall, the gameplay (timer, smashing through puzzles, etc.) and the colorful atmosphere (intricate worlds, and well designed enemies) Nintendo is famous for doing so well are what make this game stand out from other platformers. Nowadays you have no excuse not to play this, since you can now play it using GBA emulators on phones and computers. If you can, do yourself a favor and play Nintendo’s best kept secret.