A Super Mario version of the Pokémon TCG Online?
Login

A Super Mario version of the Pokémon TCG Online? 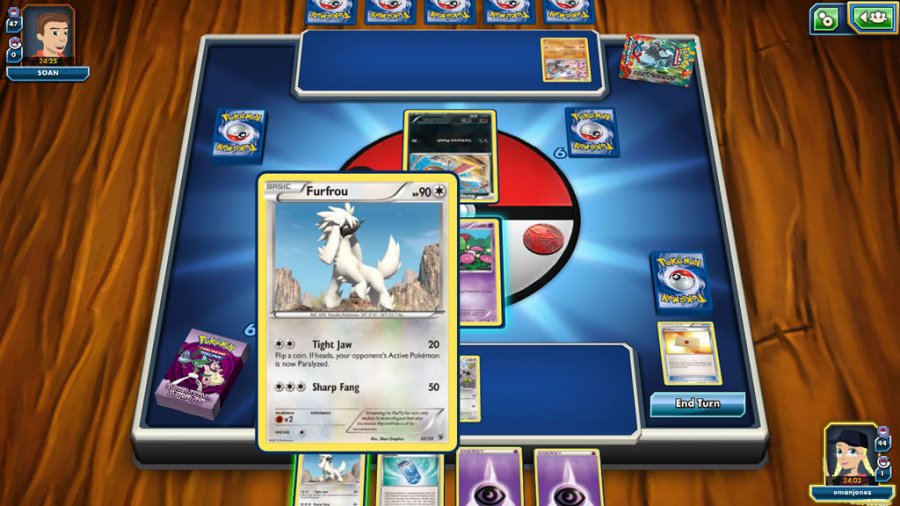 Pokémon and Super Mario are two of the most famous mega franchises of the world which have earned millions of dollars for years and their popularity just doesn’t seem to die. Both the franchises come under the property of Nintendo which is the biggest multinational company based in Japan but having its roots spread worldwide. Nintendo solely owns Super Mario because it was developed fully in-house at Nintendo and is the purer intellectual property of the company while Pokémon was a mutual venture of the three giants in the video gaming industry: Nintendo, Game Freak and Creatures.

Super Mario is worldwide famous game, played across all over the world. It was award winning game in earlier nineties. Super Mario is amongst one of the evergreen games that are still being played and updated frequently. Nintendo has never given up on this game. Super Mario after every one or two years comes up with a new version. Recently Mario Kart came up with and everyone loved to play that game. Mario is a famous character with moustache. Wearing red hat and red overall.

Pokémon Trading Card game on the other hand is most widely played card game amongst kids and teen globally. Pokémon has very different gaming experience than Super Mario. The main Difference between Super Mario and Pokémon is Super Mario is one-character game, although different characters have been developed over the time for making Super Mario to be played on multiplayer platform. But still it is primarily one character-based game. Pokémon on the other hand has thousands of characters. The focus is on small little monsters that can be searched, hunted and trained. Also, two trainers can compete with each other’s Pokémon’s on a bench.

It is very interesting to know that Super Mario, which is nearly as famous as Pokémon trading Card game has no TCG version. Well, the reason can easily be predicted. Super Mario has a limited amount of characters and limited properties. If at all a Super Mario based TCG emerges, it would definitely contradict with the Original Super Mario game. Because new characters, new rules and new gaming experience must have to be developed. In Fact, it would be just a name that would be common between Super Mario game and Super Mario Trading Card Game.

Let's imagine how Super Mario Trading Card game can be like.

Super Mario Bros is an interesting game where the player takes the role of Mario and a second player takes the role of Luigi who is Mario’s younger brother. The goal of Mario and Luigi in the game is to save Princess Toadstool for which they race through the Mushroom Kingdom and try to survive Bowser’s forces who is the main antagonist. There are various coins scattered around the game which Mario and Luigi collect to gain points. There are special bricks in the game which are marked with a question mark and when they are hit from below by Mario, they may reveal coins or some secret special item. The game also has a Super Mushroom which Mario can collect and become bigger in size. Mario starts with a limited number of lives and can gain more lives during the game if he picks up green spotted orange 1-Up mushrooms hidden in the brick.

A Trading Cards Game version of Super Mario can be made too just like there is Pokémon TCG. The players will assume the roles of Mario and Luigi. They will be collecting a deck of cards which will have the following cards:

These cards will have a certain number of coins hidden in the bricks. The number of coins in each brick is written on the card. Some bricks might reveal special properties, strengthening the character

These cards may contain either coins or a special item.

These cards will make Mario double up in size.

These cards will allow Mario to gain a life.

These cards can contain a variety of items including Fire flower which changes the color of Mario’s outfit and allows him to attack with fireballs and Starman which makes Mario invincible to all hazards.

These cards will have the enemies of Mario from the Mushroom Kingdom which are the Bowser’s forces on them. A player of this card can attack his opponent player with an enemy card.

A trading card game can be played by using these cards. No such game has been made before so you can think of being creative with these cards and come up with an interesting game to play. 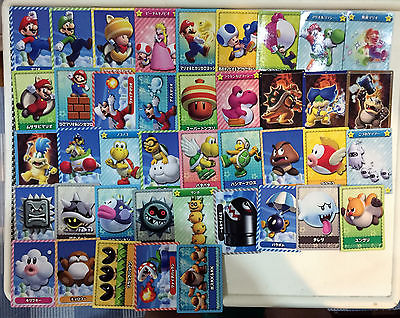 A collection of Super Mario Trading cards which were released during the Wii era. These were simply collectible cards and not part of any trading card game as such.

Pokémon card game is played between two opponents sitting across a Pokémon bench. Where players draw out seven cards having one Pokémon cards as its basic Pokémon and other are considered as assisting or benched Pokémon’s. To win the game, one has to eliminate all Pokémon’s of opponent. The Pokémon cards are composed amongst three main categories. Pokémon cards, Energy cards and trainer cards. All three categories have their different distinctive role in the game and contribute towards elimination opponent’s Pokémon’s.

More cards can be unlocked in the game by use of Online Booster Codes which each unlock 10 more digital cards including Pokemon cards, energy cards and trainer cards.

What will Pokémon Trading Card Game online be like?

Though Pokémon Trading Card game is world widely played and has millions of fans. Pokémon anime series is followed by every kid in this world who has access to internet or cable television.

Pokémon Trading Card game has a very different experience versus the anime series. It is very fascinating, considering an online game of Pokémon.

Pokémon in fact, actually had many versions of games. A year ago, in playstore came Pokémon Go, which over a short period of time gained billions of downloads. Every single iPhone user was having his tremendous game. People really loved Pokémon go. But Pokémon Go could unfortunately not cover the complete picture. You kept hunting for Pokémon and were able to trade it. But how to compete with other Pokémon trainers?

It is very difficult to keep everything in picture and design an interesting game. Pokémon Lovers would love to see a Pokémon Online Game.

In my opinion a Pokémon Online game, if developed should or would have following features.

Ability to find wild Pokémon’s made Pokémon Go worldwide famous in a matter of days. This feature is very interesting and addictive. One can always go out and search around for new Pokémon’s.

The famous character of Pokémon anime, “Ash” was portrayed as greatest trainer and every kid watching Pokémon used to wonder, what it would be like to train Pokémon’s. Pikachu gained so much fame that every school bag and t-shirt had its picture. Ability to train Pokémon would make game more elastic and interesting. This would distinct every player, for the fact how hard a trainer trains his Pokémon.

Same as we watched in anime, two opponents, two Pokémon’s head to head. Oh, it would be lovely! It would definitely be a dream game for every Pokémon fan. Imagine competing your friends with Pokémon’s they trained vs your trained Pokémon that would listen your voice commands and follow your directions.

Thinking of an online Pokémon game is fascinating and it's not hard to believe, sooner or later a Pokémon game would emerge soon enough winning hearts and minds of Pokémon fans worldwide.