Duke it out at EEE: First Smash Bros Invitational happening at E3 on June 10
Login

Duke it out at EEE: First Smash Bros Invitational happening at E3 on June 10 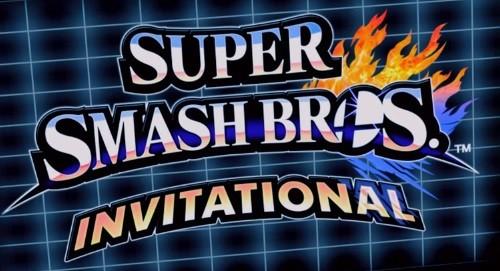 Nintendo is coming all in with its newest Super Smash Bros iteration as they organize their first ever invitational, yes, after all these time Nintendo will throw a public tournament for no other game than their newest Super Smash Bros.   16 selected participants from the high-player elite will participate and 3,000 will have the benefit of watching the tournament at the Nokia Plaza on June 10, but for all of us afar from Los Angeles we may end up at Nintendo’s or the E3 channel watching the tournament from home.   Nintendo added something special for the hardcore fans, here is what they said:

The Super Smash Bros. Invitational will entertain thousands of spectators in person, and will also be live-streamed on both Twitch’s E3 channel and Nintendo’s Twitch channel to let countless others around the world be among the first to see the new game in action.

As a special treat for the biggest fans, attendees who dress up as their favorite Super Smash Bros. characters may be selected for priority seating right in front of the stage on which the tournament will occur. The event will be photographed and filmed, so the best costumes might appear on Twitch or Nintendo's YouTube channel, where the event can also be viewed.

As it seems, cosplaying will pay off for hardcore fans, we all are hyped for Super Smash Bros for the Wii-U, to be launched on winter 2014 while the 3ds version will come out this summer. I wonder if any of those pros will use Mr. Game and Watch? As expected he is my favourite character, who is yours? Let us know on the comments below or in our forum.