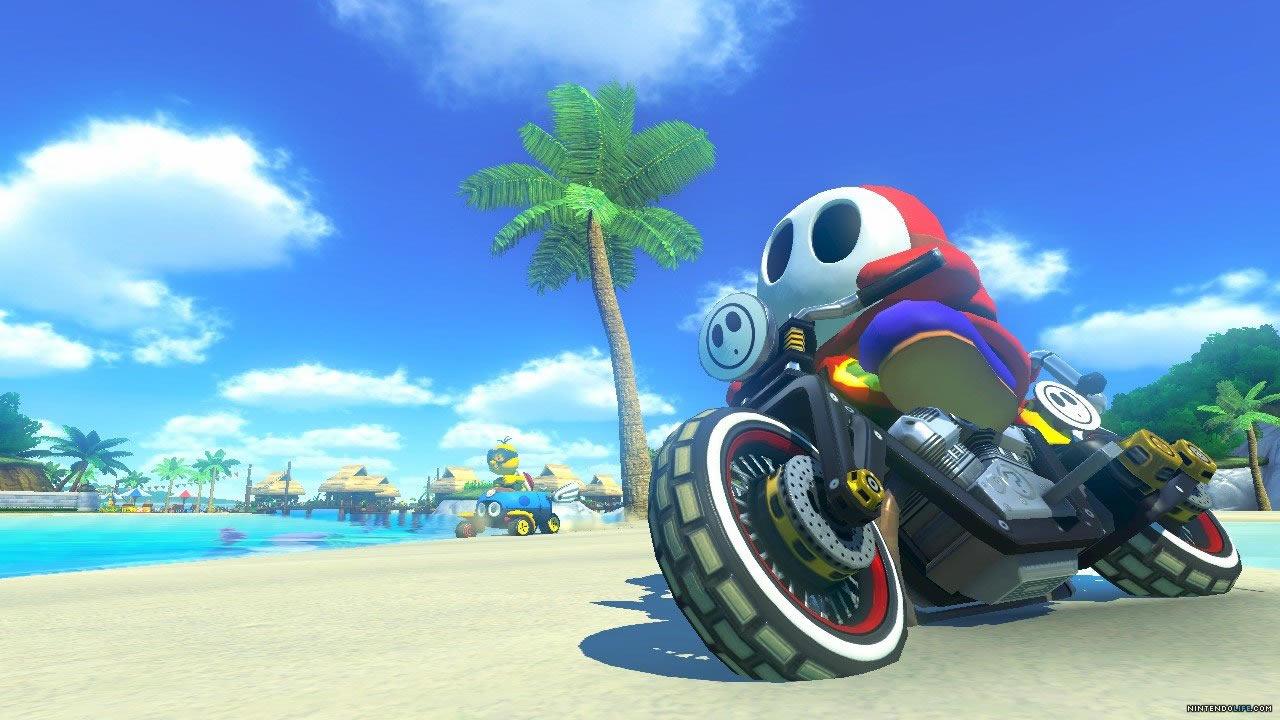 What happens when you take a series with a proven track record and add an instalment to it with a tonne of new features, karts, playable characters and online features and finish it off in glorious HD..... I'll tell you what happens.. you sell over a million units in a weekend.

Pretty impressive considering even the rather formidable Super Mario 3D World took near three months to sell that many due to the weakness of the Wii U at the time.

I said in our previous post a day before release I would be interested to see the sales spike... and our curiosity is now satisfied. Check out the official release from Nintendo about Mario Kart 8: The fastest selling Wii U release ever.

The Mario Kart 8 game for the Wii U console just launched around the world to global acclaim, earning some of the strongest review scores in franchise history, including becoming the 14th Wii U game to launch in the U.S. with a Metacritic score of 85 or higher. Nintendo reported today that the game sold more than 1.2 million* total units across Japan, Europe and the Americas during its first weekend on the market.**

“The early response to Mario Kart 8 demonstrates that the best days for Wii U are still ahead,” said Nintendo of America president and COO Reggie Fils-Aime. “This year’s E3 is just days away, and it will be all about the future games for Nintendo platforms. This milestone is a great place to start!”

Prior to Mario Kart 8, the seven games that have launched previously in the series have combined to sell more than 100 million total units worldwide. This includes two of the best-selling video games of all time: Mario Kart Wii for Wii and Mario Kart DS for the Nintendo DS family of systems. The full list includes:


*Based on Nintendo’s internal sales figures.

**Mario Kart 8 launched on Thursday, May 29, in Japan and Friday, May 30, across Europe and the Americas.

Have you got Mario Kart 8 yet? if so come join our forums and have a game with us and whatever you do don't forget the free game promotion.

Can the mighty Super Smash Bros Wii U version outsell Mario Kart 8, or has the Wii U crowned its king of games, let us know your thoughts in the comments or on the forum discussion