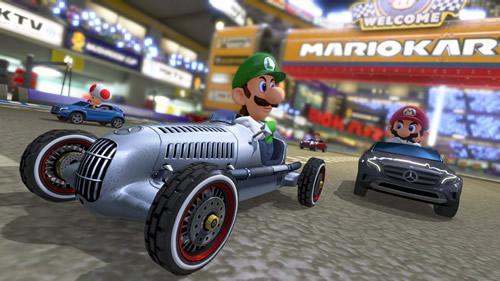 For the first time in the whole Mario Kart series which spans 22 years (since the original Mario Kart in 1992) we will get real-world vehicles in a Mario game. Three different types of Mercedes-Benz cars will be driveable after the August 27th game update for Mario Kart 8.

The cars you can choose from are the modern Mercedes-Benz GLA, the 300 SL Roadster from back in the 50's, and last but certainly not least the rather amazing Mercedes Silver Arrow from the 1930's. The newest model comes with special wheel selection options over the other two; but all three will of course be customisable with gliders, wheels etc much in the way that the 'standard' karts are. The day this update becomes available is actually the same day of the Mario Kart series celebrating its 22nd anniversary.

To celebrate the anniversary, and first real world cars to be added to a Mario Kart game Mercedes and Nintendo have got together to organise the "Mercedes Cup Tournament" which is free to enter - all you need is a Wii U, Mario Kart 8 and the internet!

Other modifications to MK8 as a result of this update include:- 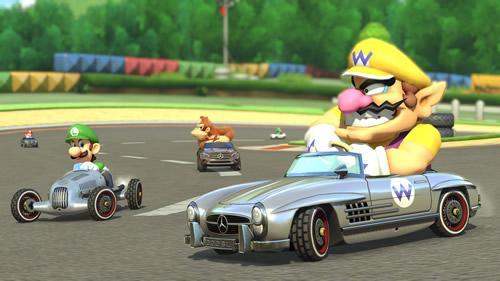 An advert for the new Mercedes GLA featuring a particularly menacing Super Mario, this originally came out in May 2014 but here it is for those who missed it.

Looks like a pretty awesome update ahead if not just for the three new Mercedes-Benz karts for the rather useful fixes. I'm tmb.luke on Miiverse if you'd like to add me for some racing.