An article about Mario Bros. The Movie from Nintendo Power Magazine vol. 48

This four page article was published in the May 1993 edition of Nintendo Power previewing the upcoming Mario Bros Movie.

Next month, Mario and Luigi will make their way to the big screen in a full-length, live-action movie starring Bob Hoskins and John Leguizamo as the famous video Bros. and Dennis Hopper as a brooding Koopa. Long-time Mario Bros. fans will see their video heroes in an all-new setting, embarking on an all new adventure. And it's one that promises to be a departure for the duo--in more ways than one. 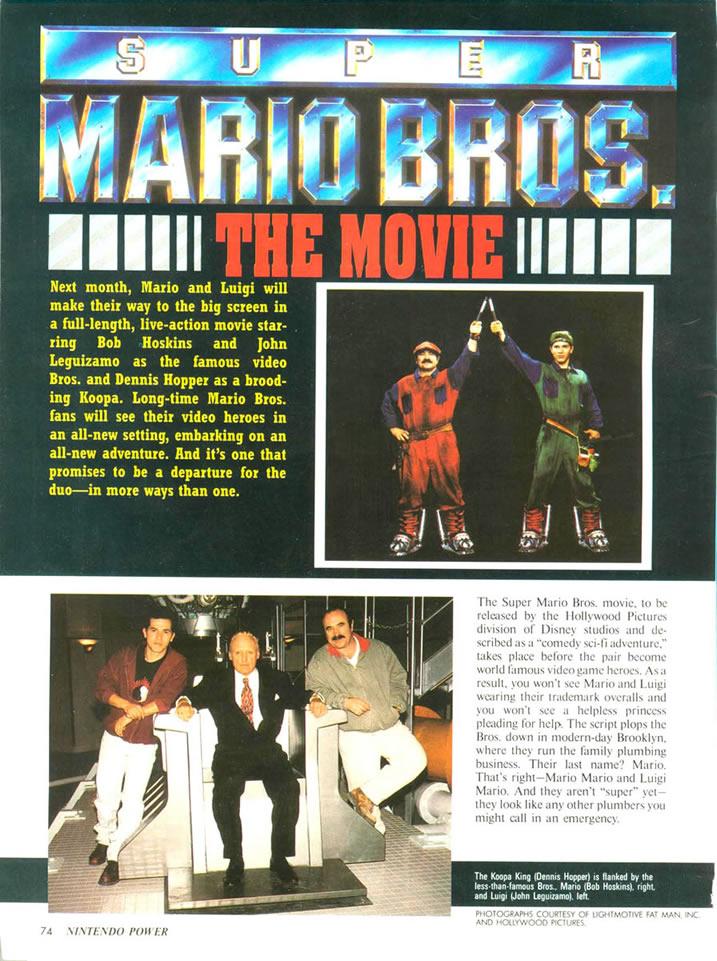 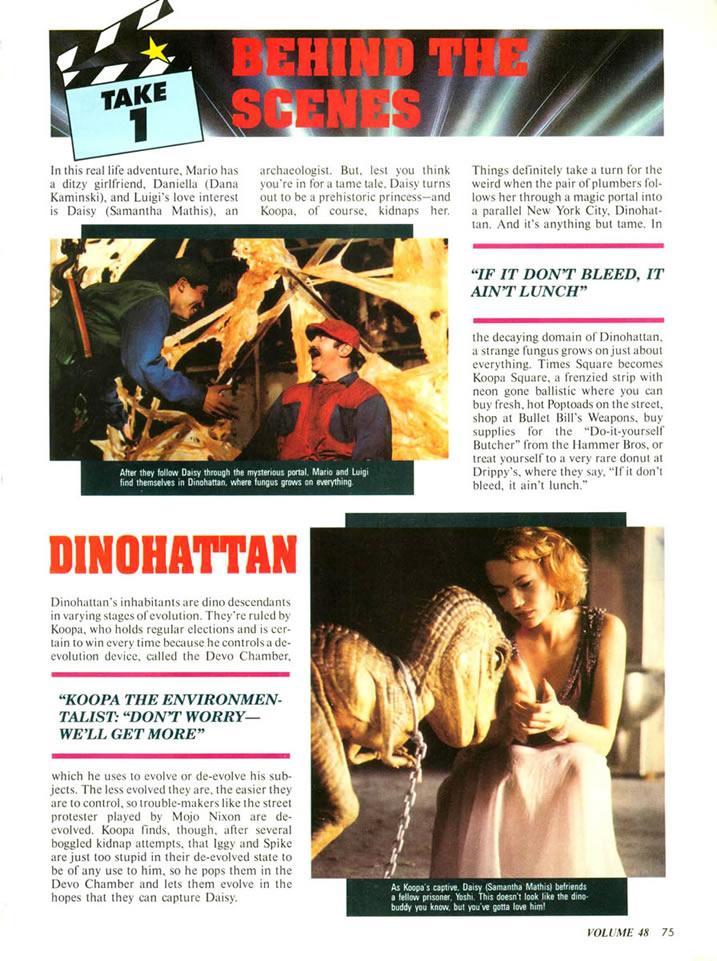 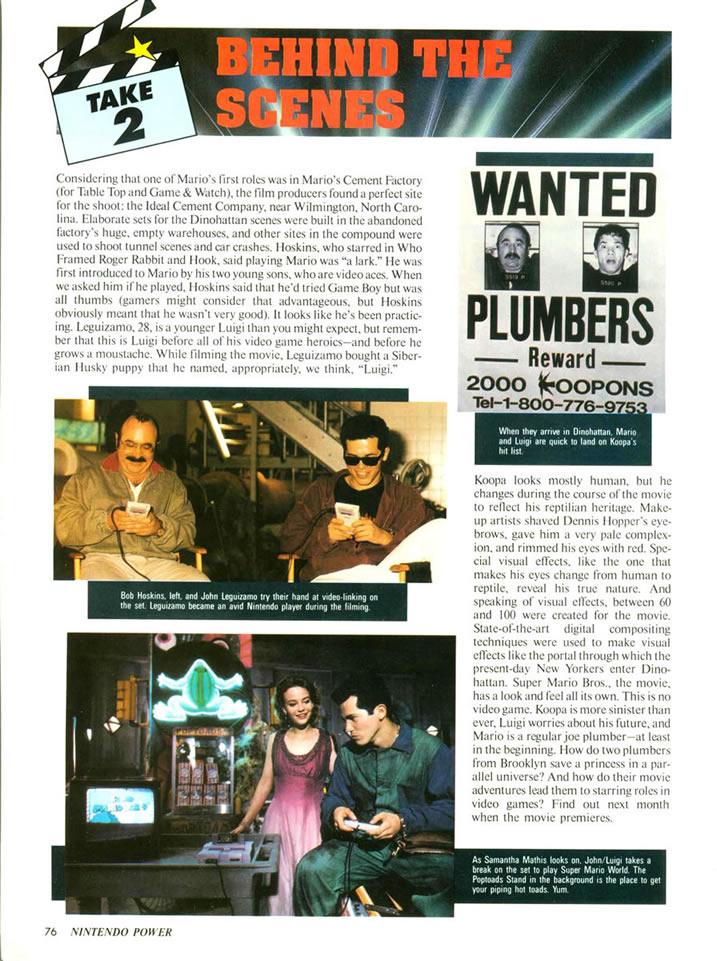 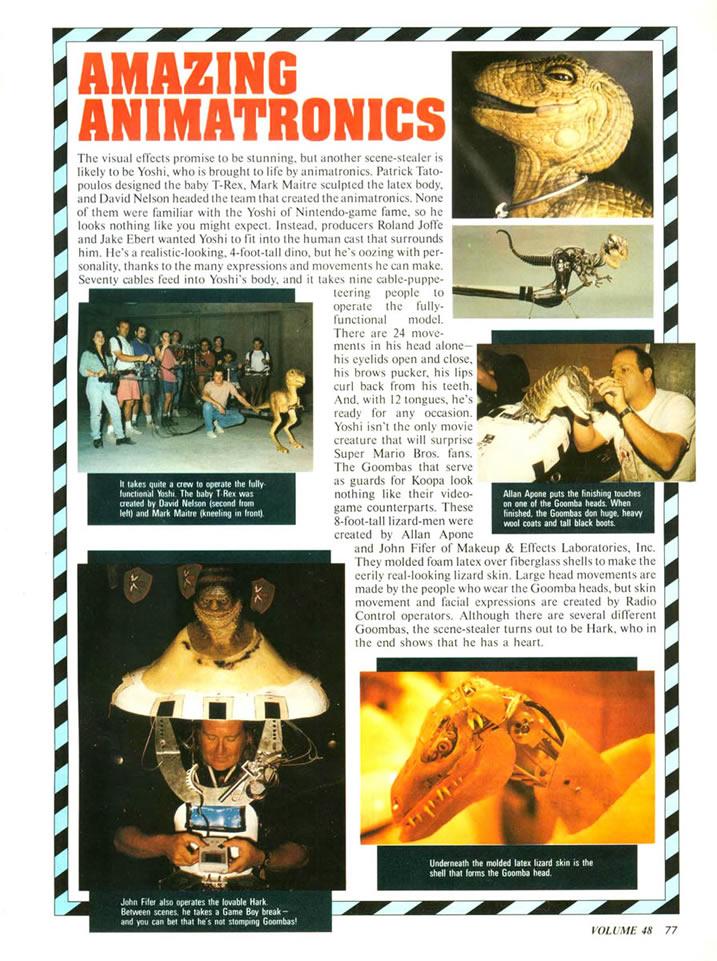