This four page article about Tetris Attack was published in October 1996 and featured appearances from many popular Mario universe characters.

The puzzle game everyone is flipping over on the Super NES is now available for Game Boy! Nintendo's password-packed Tetris Attack hits the road as the perfect portable puzzler for one or two players. Look for it in stores now! 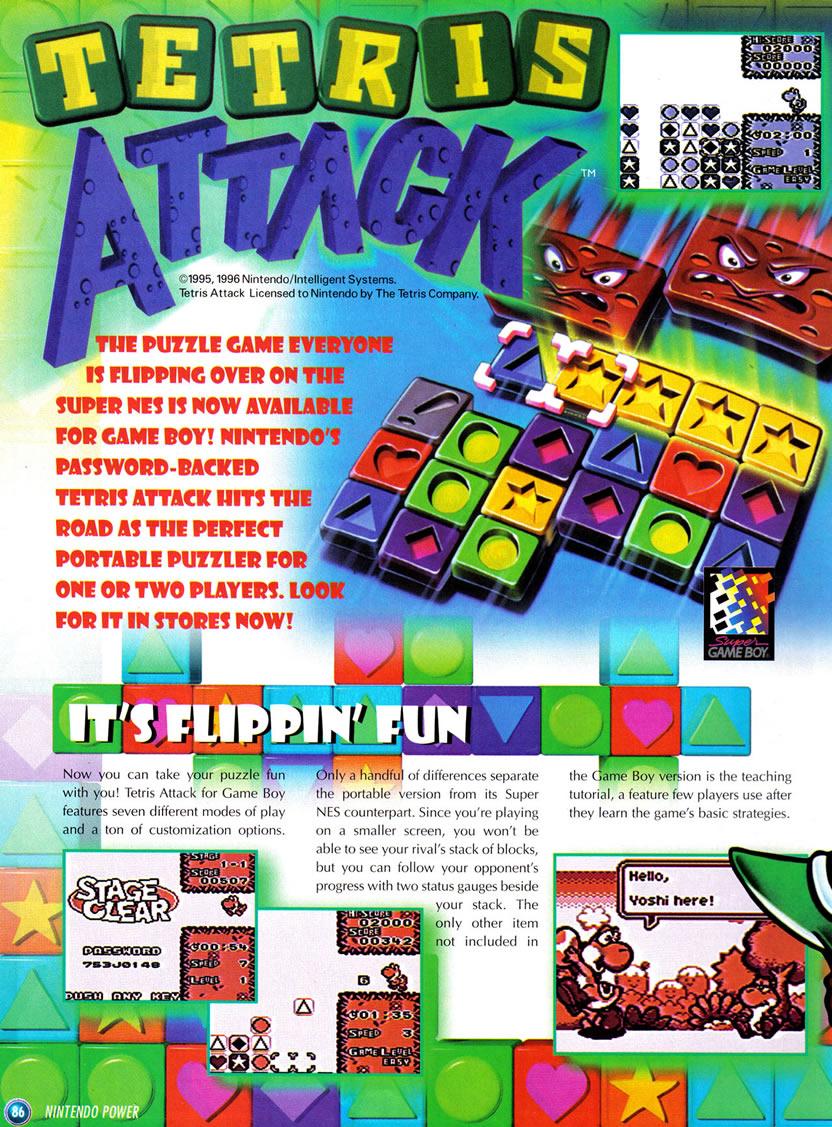 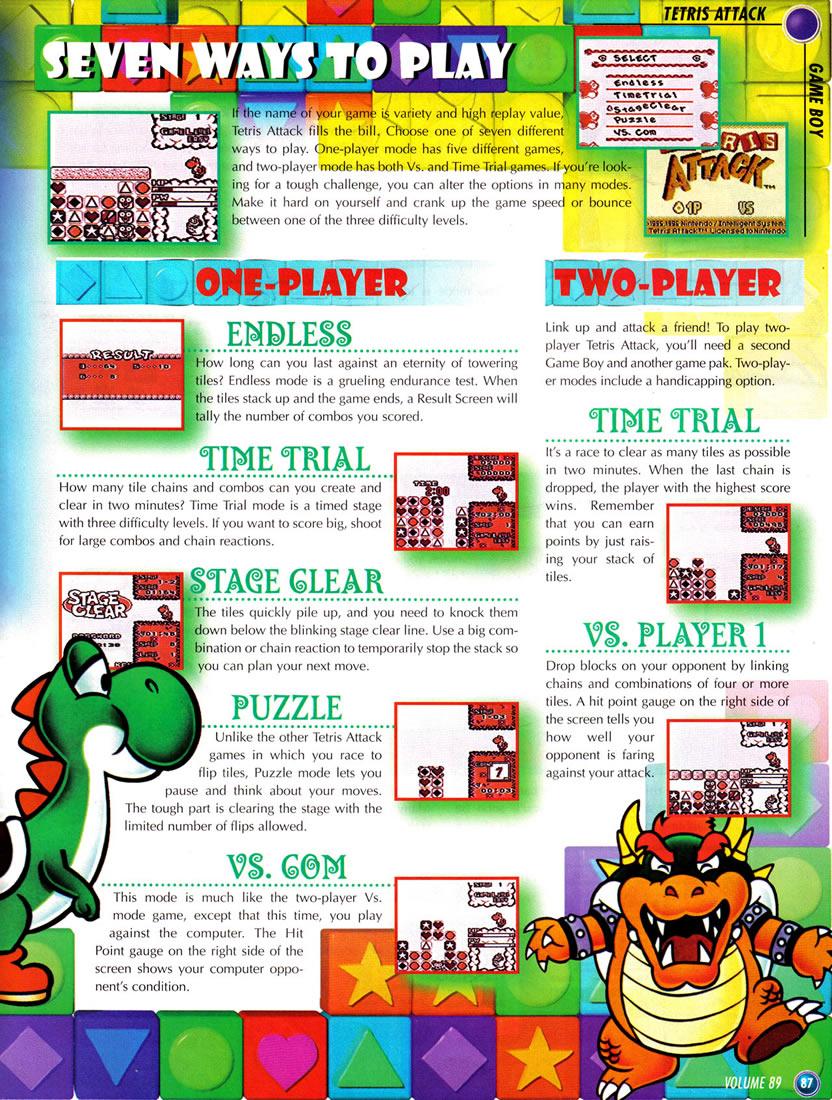 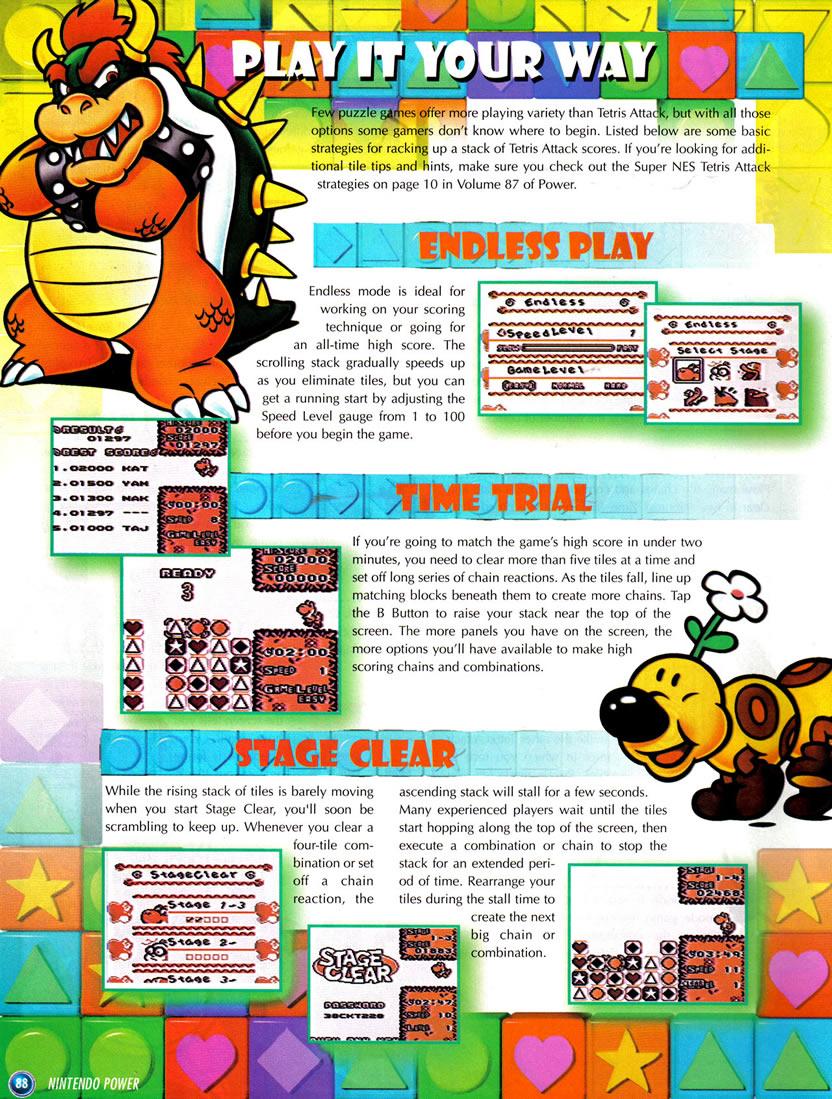 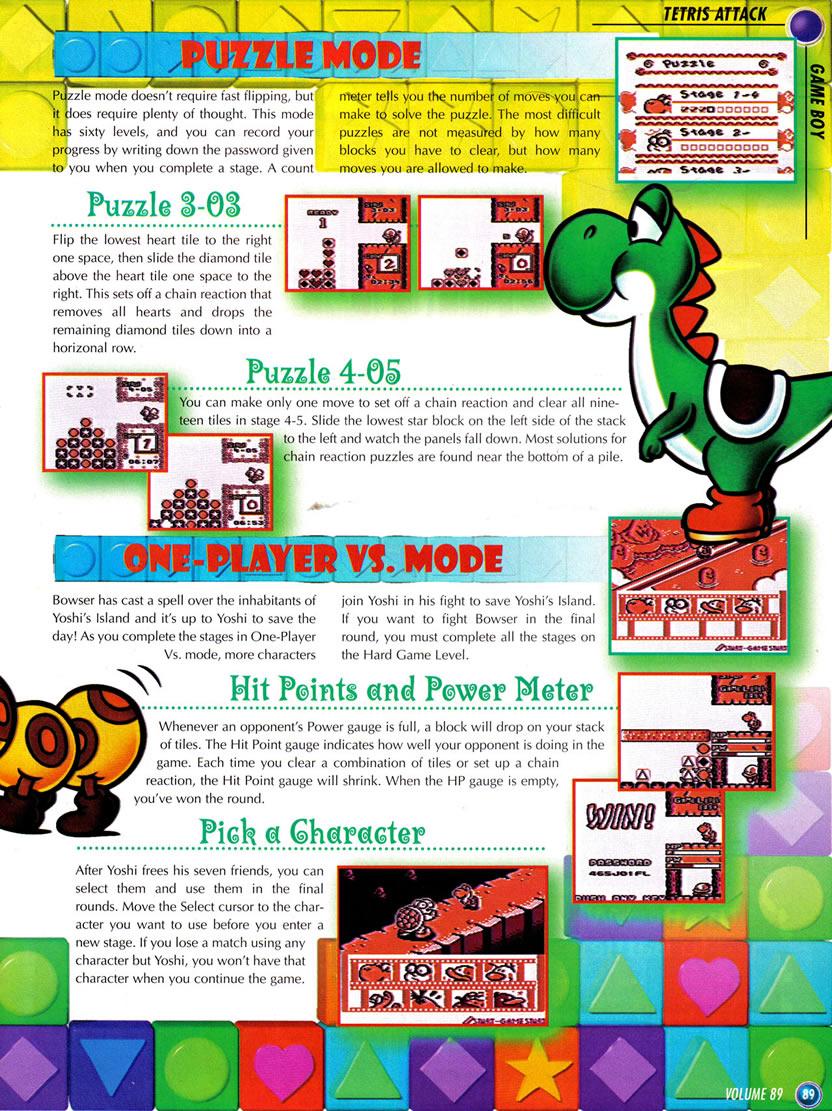