Aside from being the latest Nintendo game creation, Super Mario 3D World is stuffed with the coolest features and exciting surprises that add to the enjoyment of the game even more. Some of these hidden goodies are found while playing this beautiful HD Wii U adventure, while others, you need to discover yourself. (of course, sometimes you might want a little help...) 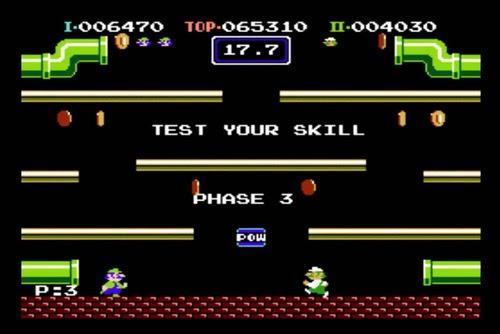 How to Unlock Luigi Bros.
This year, 2013, is Luigi's year. As a celebration, Nintendo offers a special episode in Super Mario 3D World for all Luigi fans. That is, to unlock a particular edition of the Mario Bros. original where all characters are Luigi.

How to unlock? First you need to buy a copy of New Super Luigi U and secure a save file on your Wii U console. This will automatically unlock Luigi Bros. Play it by clicking on the Luigi icon on the the leftside corner of the touch screen of your Gamepad.

The alternative and significantly more challenging way is to beat Worlds 1-8 in Super Mario 3D World - but this does mean you don't have to put your hand in your pocket for New Super Luigi U if you don't want it..

A video demonstrating the gameplay in Luigi Bros.

What are the Hidden Luigis for?
There are quite a number of 8-bit Luigis scattered throughout the whole Super Mario 3D World. You'll see them everywhere by using binoculars at some instances or while hitting blocks. (He even peers through the window of some Sprixie Stamp houses) They don't affect your game whatsoever. They're just there for show. You don't receive any reward or stars for finding them. In short, they don't matter they're just a nice novelty. It gives us a warm fuzzy feeling to know that 8 bit Luigi is with us in spirit. 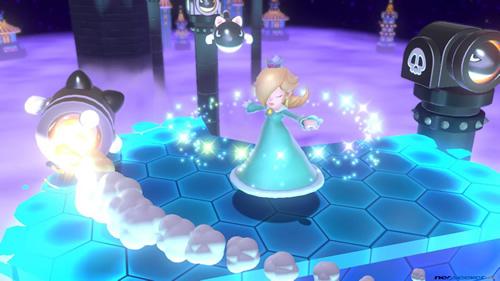 Unlocking Rosalina
Rosalina, from Super Mario Galaxy, is one of the five main characters in Super Mario 3D World. She has a special Spin Attack, which you can use while moving, jumping or just standing still, but cannot use with some Power-up. She can also jump as high as Luigi. If you want to unlock her, you just need to beat World Star-2.

What Are Warp Pipes for?
Do you want arrive at somewhere that quickly? Get inside a Warp Pipe and you'll be at the next section of the map before you know it.

Are you still in World 1-2 but wanted to go to World 2 that badly? Climb the wall and find a warp pipe to get you there.

From World 4-2 to World 5? It`s possible with a warp pipe. Upon reaching the Checkpoint Flag, get out of the cave to find the Roulette Block. Climb the wall above it. There, you can find the warp pipe that will take you to World 5.

Infinite lives in Super Mario 3D World
Wanna have max lives of 1,110? Beat Goomba in World 1-2. Destroy all purple blocks below the patrolling Koopa Troopa and jump on to its head to grab its shell. Throw the shell on the wall. Jump and let your character make contact with the shell as it bounces back and forth the wall. Repeat this until you get all those 1-Ups. You can check out a video of this below:-

How do I unlock levels in Super Mario 3D World?
The more level you complete in this game, the more stuff you unlock. Furthermore, the more Stars especially Green stars are required to play the next level. Here's a list of requirements:

How do I achieve Star Ratings?

As you progress in playing Super Mario 3D World, you can see Rating Stars on your save file. Five stars mean perfect completion, meaning, you beat every level and reach its goal.

How do I get Sparkling Stars?

Invincibility Leaf prevents you from getting the Sparkling Stars so you have to do your best to avoid it. Hit the block without even touching this item. Once you do, a Sparkling Star is waiting for you at the top of the flagpole. Hurry and get it!

Tip: Don't lose all five lives and the Invincibility Leaf will not appear.