From Nintendo Power magazine vol. 41 published October 1992 - This was the ninth of twelve parts. Illustrated by Charlie Nozawa, story by Kentaro Takekuma, copywriter Leslie Swan of Nintendo of America.

Last month, we left Mario and Luigi staring down a bunch of Boos in a mysterious house that they happened upon in the woods, Mario had warned Luigi not to go in, but Luigi let his hunger pangs get the best of him. He followed his nose and found a monstrous chunk of cheese, but while he was busy feeding his face, the ghosts found him.

What lies ahead of our intrepid heroes in the mysterious haunted house? One things for sure, its probably nothing nice. 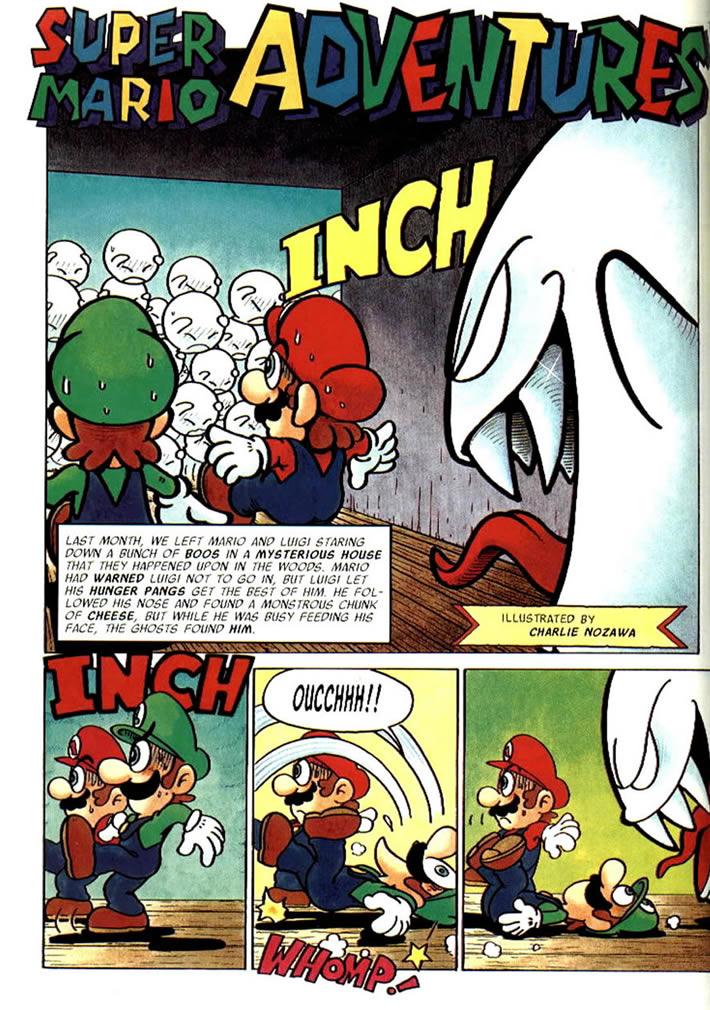 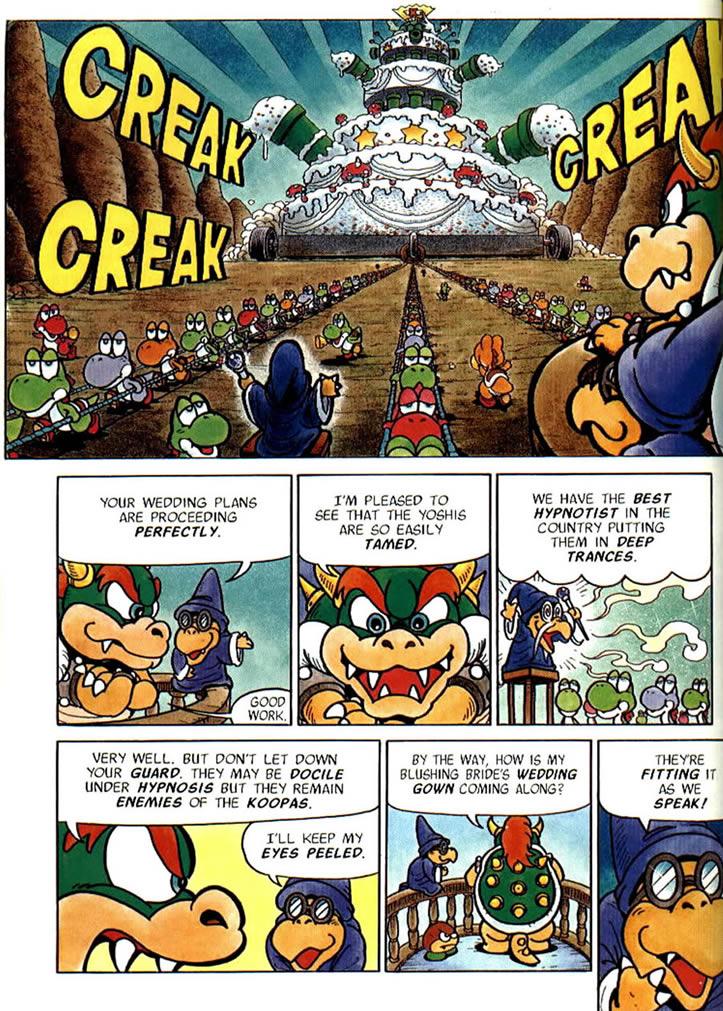 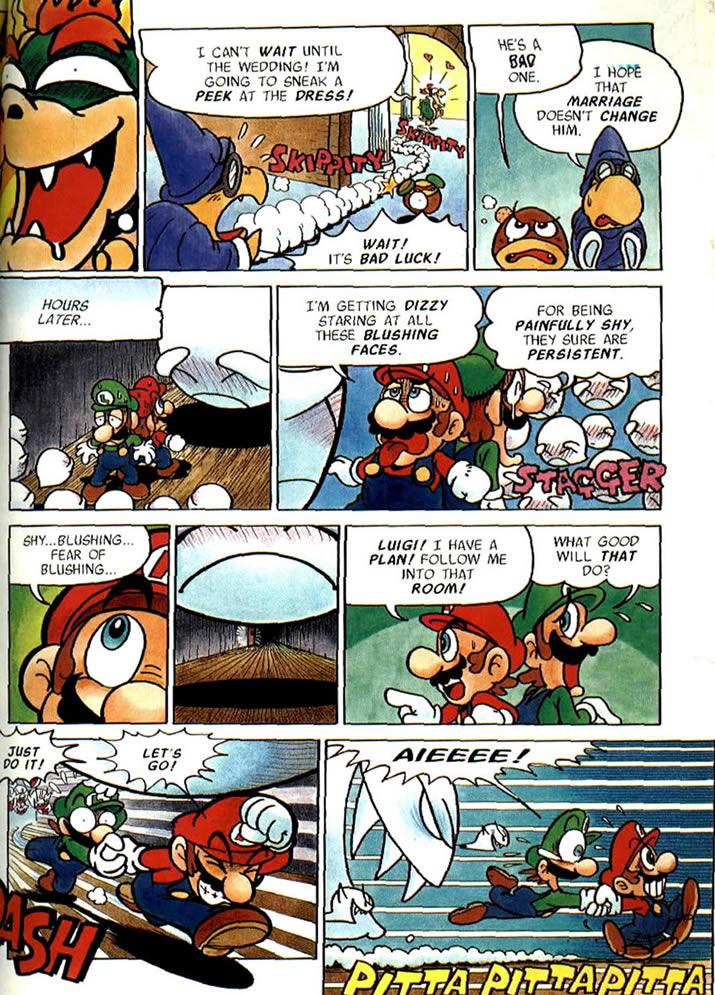 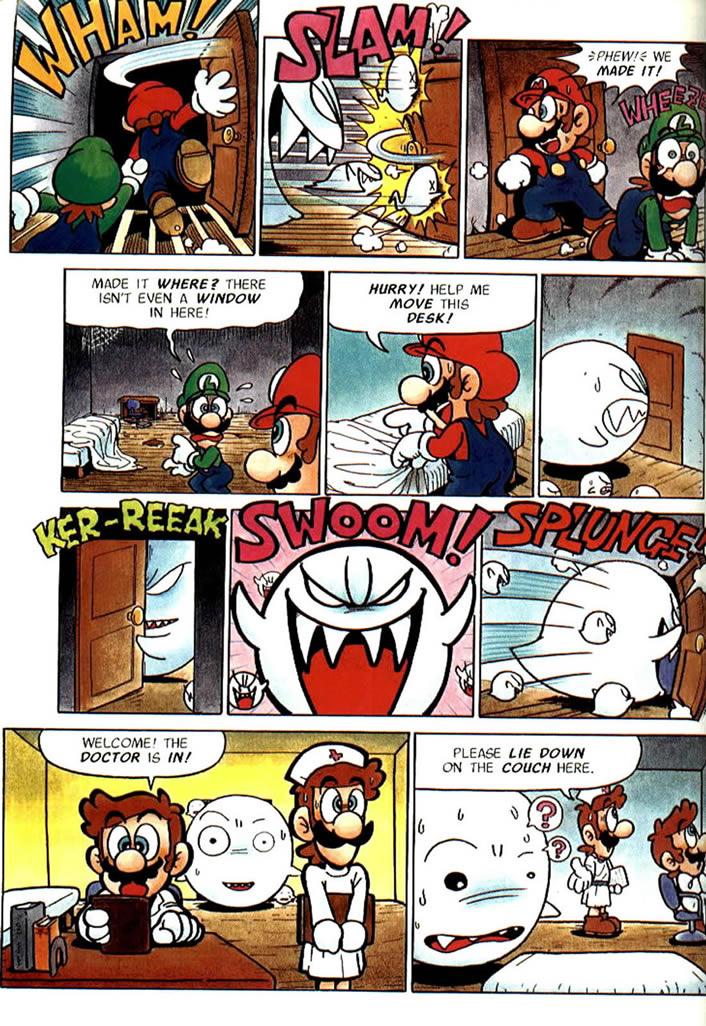 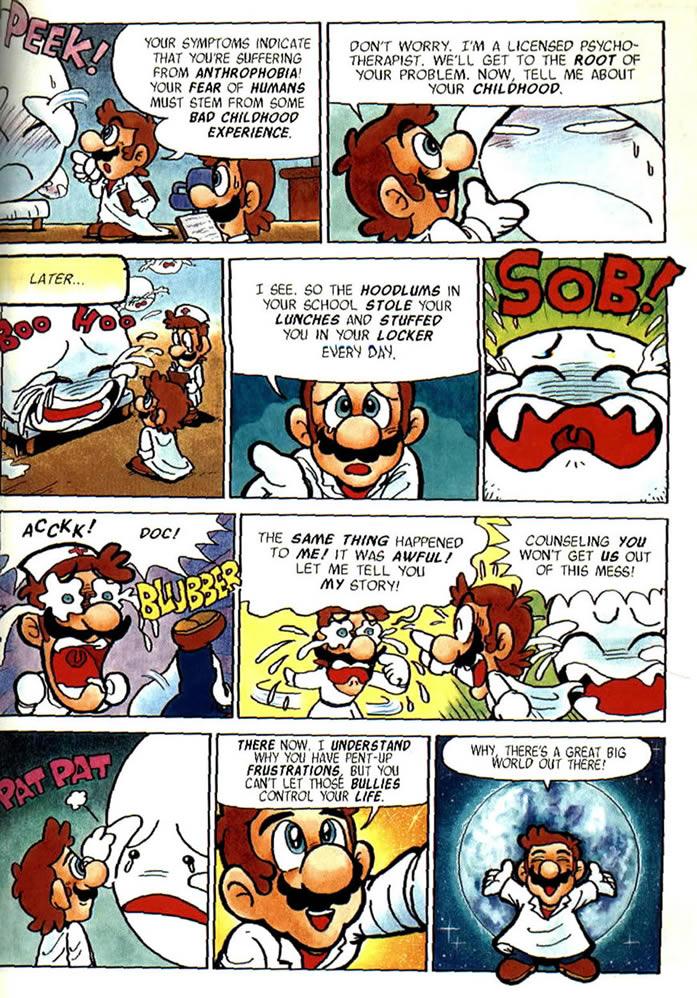 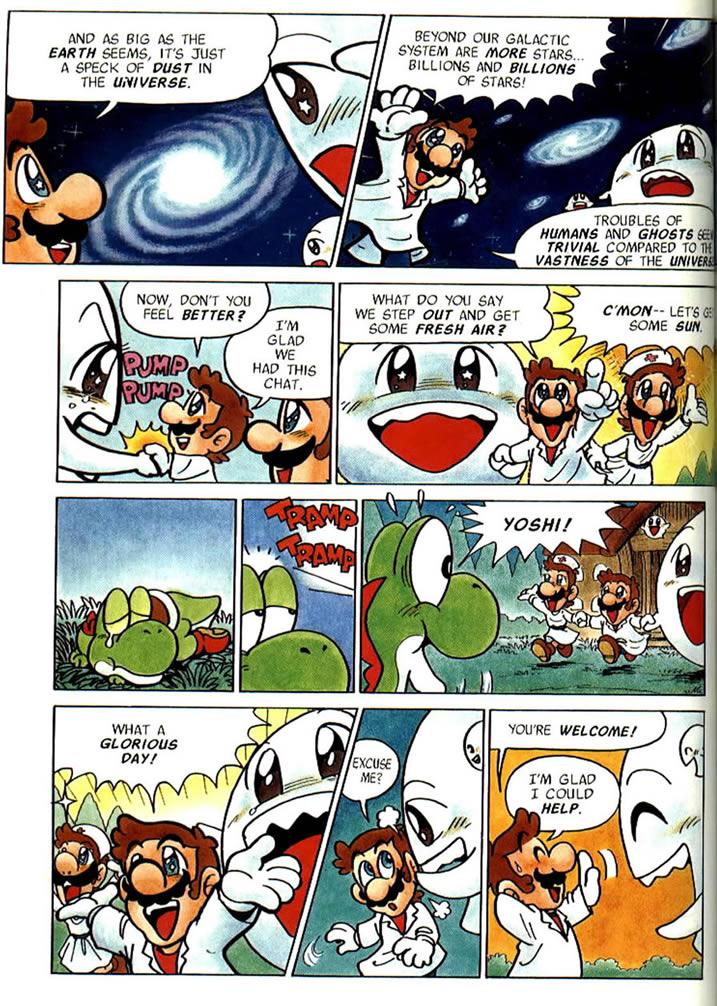 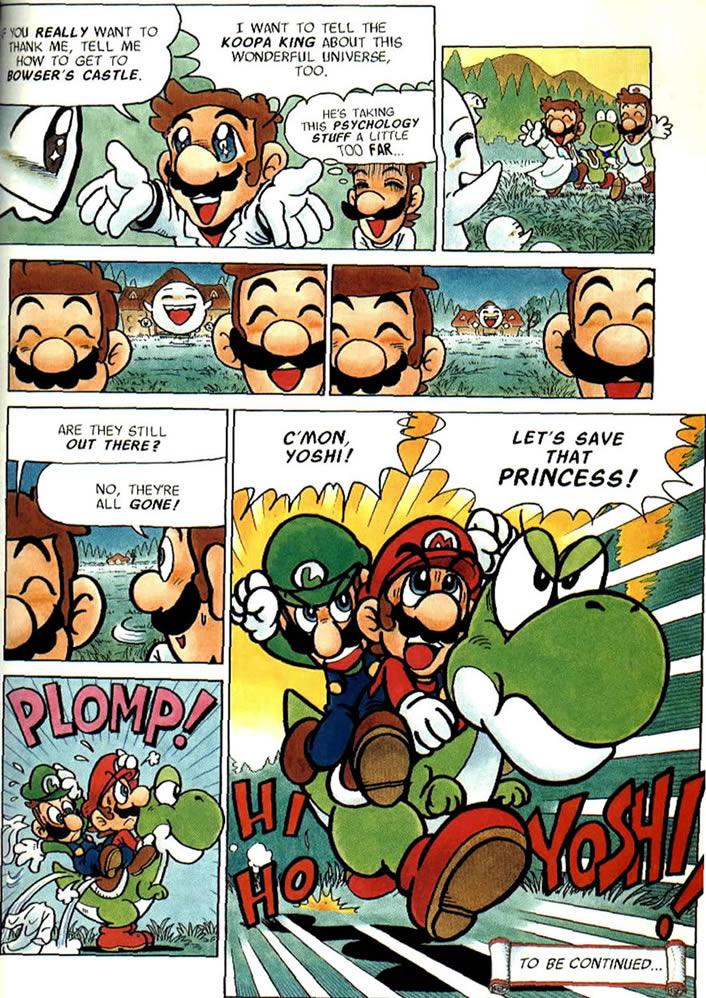 Will Mario, Luigi and Yoshi save the Princess? Why not read onwards to the 10th Issue of the Mario Adventure Comics and find out!