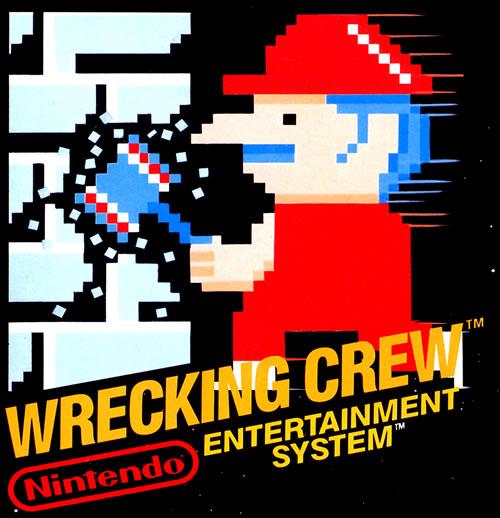 Wrecking Crew: Its a total wreckage here, today we feature a new game at Super Luigi Bros and this time it's the very unknown Wrecking Crew! A game featuring Mario with a hard hat and his signature hammer, moving around 100 levels of pure wrecking fun!

It came first as a great arcade game part of the VS. Series as VS. Wrecking crew back in 1984, it then made it debut on the Famicom/NES in 1985, it featured the original 100 levels, a 2-player mode with Mario and Luigi, in his pink outfit, and the design mode where you could build your own Wrecking Crew Levels.

Video Walkthrough - How to beat all 100 phases.

Our playlist of Wrecking Crew (NES) by Ben.

Playing this game is easy as pie. You cant jump, A will swing your hammer, same as B. Move to the sides with the left and right sides of the D-Pad and climb up and down ladders with up and down.

Simple, huh? That’s pretty much everything there is to this great game, but the whole simplicity ends as the levels progress. You may pause the level with Start and scroll up and down to see the whole level, and of course you may press SELECT to quit the level and re-start, your high score will not be recorded and you will be brought back to the start of the level though. 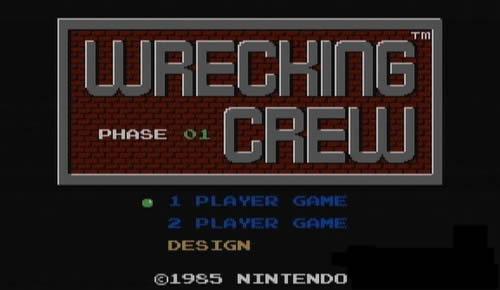 The title screen for the NES version of Wrecking Crew 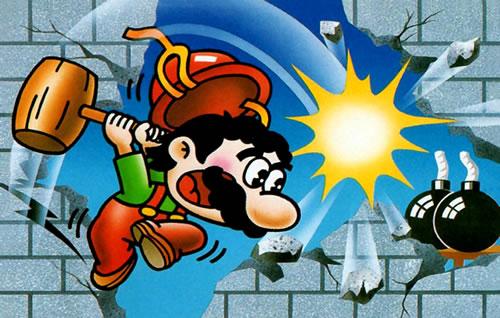 Artwork from the PAL / European Box for Wrecking Crew

Challenge this retro game, it is really enjoyable and a challenge, some levels have only one solution and can be really hard, keep persevering and if you have any questions, don’t be a stranger, pass through the forums and start the conversation!