“Yoshi”, also known as “Mario and Yoshi” in Europe, is a puzzle game starring Mario & Luigi's popular dino sidekick. This basic puzzle game is built on a rather simple premise. Enemies that had plagued Mario on his various adventures, like goombas, fall from the top of the screen and must be positioned before they reach the bottom. Once two matching enemies are lined up next to one another, they disappear. Otherwise, they continue to stack in the game area until the screen fills and the game ends.

This title was initially released on Gameboy and has since been ported to the NES, Wii, Nintendo 3DS, and Wii U - the latter three being Virtual Console releases and the NES being a 'version' in its own right.

In this game format, a single player attempts to control Mario as he directs the pieces into the right spots. Also, the game is designated into “Type A” and “Type B” which will be explained in a bit. After choosing the game type, the player chooses the difficulty, music, and rate at which the enemies will fall. Essentially, Mario is on the bottom of the screen holding four plates, which the player can mix and move while the enemies are falling. You have the use the D-Pad as well as the buttons to move the plates of enemies around as you try to get them to match, but you can only handle two plates at a time. 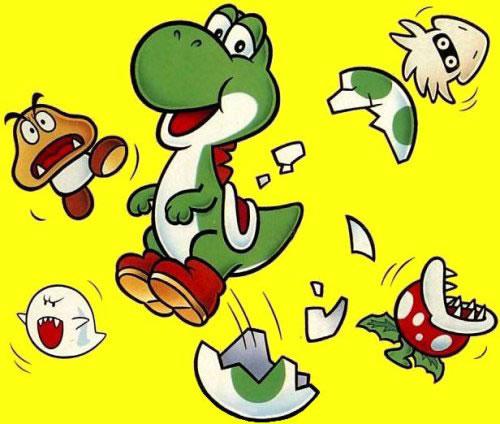 This version of the game is based around earning as many points as possible by matching the enemies together. Perhaps the best way to accomplish this is to make Yoshi eggs out of the falling pieces. If you can secure a top and bottom piece of the egg, it will reward you with 50 points and will also hatch a cool baby Yoshi.

Baby Yoshi: No enemies in the egg

Tall Yoshi: Between one and four enemies in the egg.

Winged Yoshi: Five or six enemies in the egg

Of course, getting some of these brings you extremely close to failure in the game. The game never ends, and your goal is to get a high score.

Game Type- B
The games on B -Type are much like A-Type, but the games are time. Once the level is board is finished, the score is recorded and the amount of time played is recorded.

Points For Each Enemy 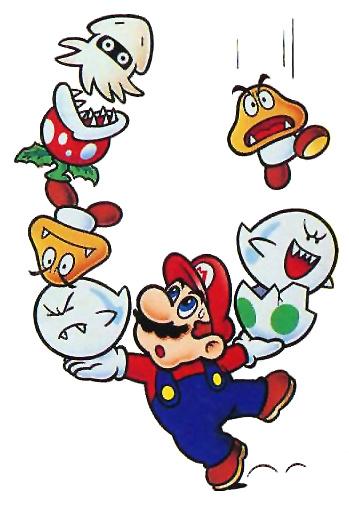 - Bottom Eggshells: While these eggshells are the key to getting a hold off some of the best point scores in the game, not to mention Yoshi’s, they are worth 5 points.
- Top Eggshell: While they won’t give any points on their own, they are matched with the bottom egg shell to give you access to Yoshi!
- Small Yoshi: These little ones are worth a sizable 50 points.
- Tall Yoshi: Teenage Yoshi is worth 100 points.
- Winged Yoshi: This flighty Yoshi is worth 200 points!
- Star Yoshi: The largest and coolest of the Yoshi is worth 500 points!
- Bonuses: Any bonuses found in the early part of the game are worth 50 points and then 300 points.

After its debut on the Gameboy and NES in 1991, Yoshi was re-released several times.

Four years passed and the game then arrived on the Nintendo 3DS virtual console, but only as an ambassador release; beginning its launch schedule in Japan on the 31st of August, and then into Aus, Europe and the U.S the following day (1st of September, 2011)

A year later in 2012 the 3DS would get a full released virtual console version of the game launched in Japan August 22nd.. however the rest of the world had to wait til 2013 when the U.S release hit on 21st Feb 2013

followed by Europe on May 2nd.

Finally the game was released on the Wii U virtual console (Amongst a huge surge of other classic titles that line the Wii U's virtual console library) in Japan & the U.S on June 12th, 2013 and the following day in Europe and Australia.

“Yoshi” was not received very well at the start. The critics panned the game’s simplistic game style, lack of skill required to play the game, and lack of replay value. Many called the game just another Tetris clone. While many stated that having the Mario theme was a great touch, the “cool” factor wore off quickly.

Critics were not sold on the game when it was released on the Wii either, citing that it had very slow game play, difficult controls, and lacked the difficulty for a puzzle game player. However, other critics noted that the graphics and music that were freshly updated were shining spots for the game.

“Yoshi” apparently did not fare any better for the virtual console release. There have been many individuals online who have slammed the game for not having any other mechanism for success than sheer luck, which would kill the fun if you went on a bad streak. Some individuals went so far as to suggest that people should not buy the game entirely, stating that it is not worth the 500 points it costs.

However, to a diehard Mario series fan, it may be hard to keep away. After all, this puzzle game offers at least a few hours of distraction while looking at some of your favorite Mario bad guys. Apparently, many other people thought along these lines because Yoshi sold over 500,000 copies on its first day of sales.

A video demonstrating the gameplay in Yoshi (Game Boy version)

A video demonstrating the gameplay in Yoshi (NES version)

A western TV Commercial for Yoshi, aka Mario & Yoshi

A Japanese television commercial for Yoshi.