In 2004, the Classic NES series that defined the way gaming is done on the modern times were re-released. The Famicom Mini or Classic NES series offer you a chance to have some wonderful classics with additional features on your lovely Gameboy Advance or Nintendo DS/DS Lite system.

One of those was Super Mario Bros, the game that defined the whole platformer genre back in the day. A complete Pixel Perfect Replica was controlled smoothly and had additional features that made the game unique.

Bowser and his evil sidekicks have invaded the Mushroom Kingdom and kidnapped Princess Toadstool. Mario has come to rescue the damsel in distress and kick some Koopa! Relive the glory days of the 80’s on your Game Boy Advance as you join Mario on his Bowser-bashing Classic NES adventure! Super Mario Bros. defined the side-scrolling genre and propelled the heroic plumber to superstardom. 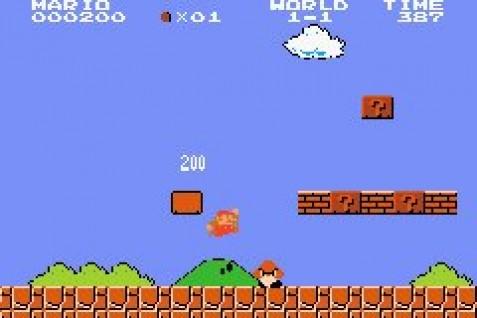 Gameplay is the same as good old Mario, with a little twist. You can still move with the D-Pad on your portable system, and jump with and B, however if you need to take a break you may open a menu with the L and R buttons and save your high score! Even further you may just put your Gameboy Advance in ‘sleep mode’ to take a shorter break or reset the game. This wonderful menu also allows for you to link with another Gameboy Advance so another player can join and enjoy the game as well!

Super Mario Bros. was released in 2004, it was a mild reception because it was just one game for 20$ back in the day, nonetheless it was still Super Mario Bros. and received an IGN score of 8/10, while Game Informer gave it a 9/10 stating that it’s the “cream of the crop in retro goodness”.

A USA TV Commercial for the Classic NES Series re-releases.