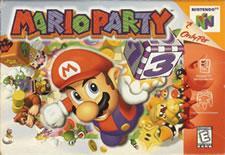 This game is the best game I've ever played. It has action, yet is not to hard for beginners. It has suspense and surprises. It is a boardgame, video game, and a thrilling game all in one. I have to say, if you are going to buy a game, it had better be this one. It is totally awesome! You can use up to four players, or play with the computer by yourself. Just listen to my review and see for yourself.

Graphics: 10 (out of 10)
This game has excellent graphics, from the dice block, to the characters in this game. You can see every detail in the characters' faces, especially Bowser's in Bowser's Facelift, the mini-game. Actually, all the mini-games have great pictures. Everything is in great detail. I like the graphics in the main level of this game, because you can pick where you want to go, like going to the store, or playing the actual game. I like how in some boardgames, there are statues or dolls of the characters. The best part is when you get to see the ending, because it has really neat pictures.

Music and Sound: 10 (out of 10)
The music, I thought, was also really great. Everything was clear, and you could hear the fishing lines reel in, or the stars glisten. You could actually hear them twinkle. I think that the voices were all pretty good, and I also think that they're are pretty funny, too. In the different gameboards, the music was very appropriate. Like, in happy places, it would play happy music, but in mad places, it would play mad music. In Wario's Battle Canyon for example, the music actually sounds like battle type music. Like when you're watching TV., it'll play scary music when it gets scary; same thing here. My favorite music was in the Option House, because it sounds so cool. 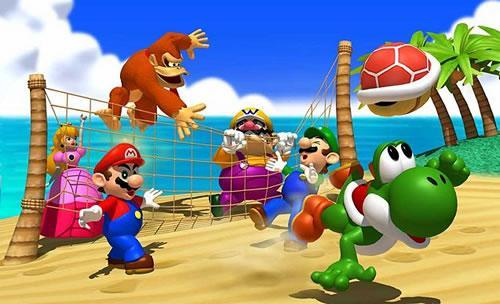 Game Challenge: 9 (out of 10)
Although this game seems easy at first, it's not really all that easy. Once you get the hang of it though, it gets easier. When you first start out, you need to get adjusted to the keys and everything. The hardest thing is the mini-games. Some of them can be really easy, like Coin Shower Flower, or Ground Pound. Others can be really annoying, like Cast Always, or Paddle Battle (when you're the one alone rowing with three against you). This game gets much easier after you've practiced on Mini-Game Island or just playing a lot. It's still fun to play though, to see how much better you can play it now then you could before.

Game Play-Fun: 11 (out of 10)
This game is the most fun game in the whole-wide-world!! If anyone says that this game is boring, they're just plain weird. It's like there are a whole bunch of games in one. You can play different types of boardgames, all different sorts of mini-games and variations on these games. You have different objectives, like getting the two extra boardgames, buying all the mini-games, and beating mini-game island and stadium. It can get very competitive with at least two human players, trying to see who's the best. You can also set the computers to different levels of difficulty, making it harder or easier every time you play. You can also try to buy all the stuff at the store and then see how each item works. My two brothers try to see how many cions they can get because they've beaten the entire game and have bought everything. This game is really worth the money in quality and fun.

Frustration
It can be frustrating sometimes when you can't beat the mini-games. I mean, spinning the control stick fast enough or something else the computers can do that's almost impossible for the regular human to do. It's fun to try and beat it though. My older brother is really into this game, and is super good at all the mini-games. He's so good it's frustrating to try and beat him. But anyway, this really isn't all that frustrating overall. Just playing this game is way too much fun to hardly notice the frustration.

Replayability: 8 (out of 10)
Once you've played the game, it's fun to play again, but can get too long. Once you've started though, it's really hard to stop. You want to see what happens in the end and other stuff. The game is different every time though, so you can play it again and again. I just think that once you've played it a while, it gets boring. But for others, it's fun to play again and again. It's really worth playing again because you can do so much with the games and collecting coins and stars. 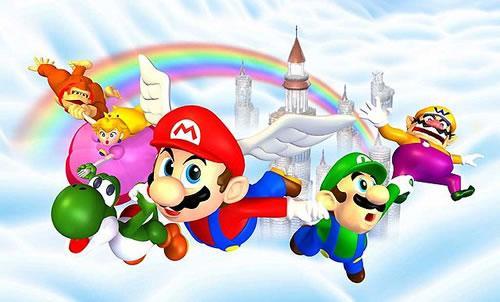 Game Value: 10 (out of 10)
I think it's at a pretty good price for the amount of fun it gives. I got this game for about 50$, and it's worth the money. As I keep saying, there is so much you can do in this game. It takes a while to play, so it keeps you playing. All my brothers and sisters play, even my 5-year-old sister likes to play. This game obviously isn't too hard if my little sister can play, but it can be challenging, too. I would pay up to 70$ on this game, and I usually wouldn't spend that much money on a video game.