A feature on Donkey Kong Country (SNES) from Nintendo Power Magazine Vol. 65 introducing some of Kongs pals such as Diddy Kong and Cranky Kong, some of the "other" guys and of course, the all important bad guys!

This article was published back in October 1994, when the world was 'going ape' waiting for Nintendo's latest 32 megabit masterpiece. 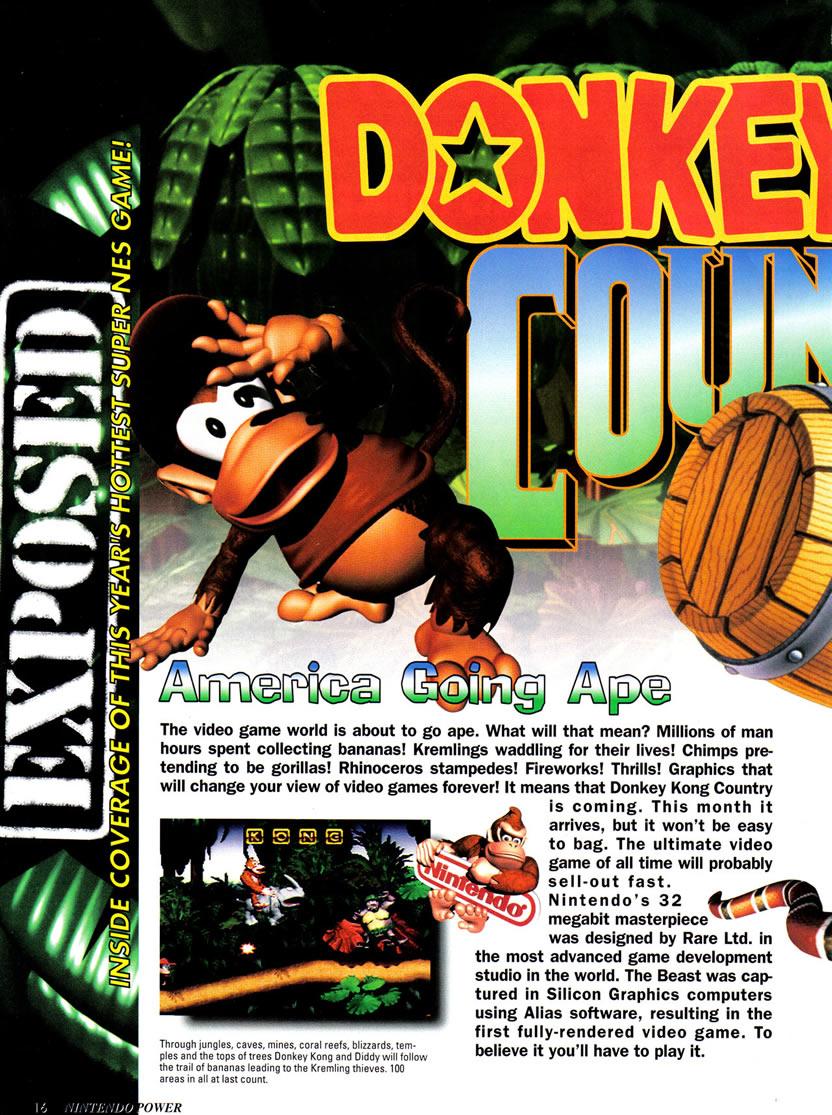 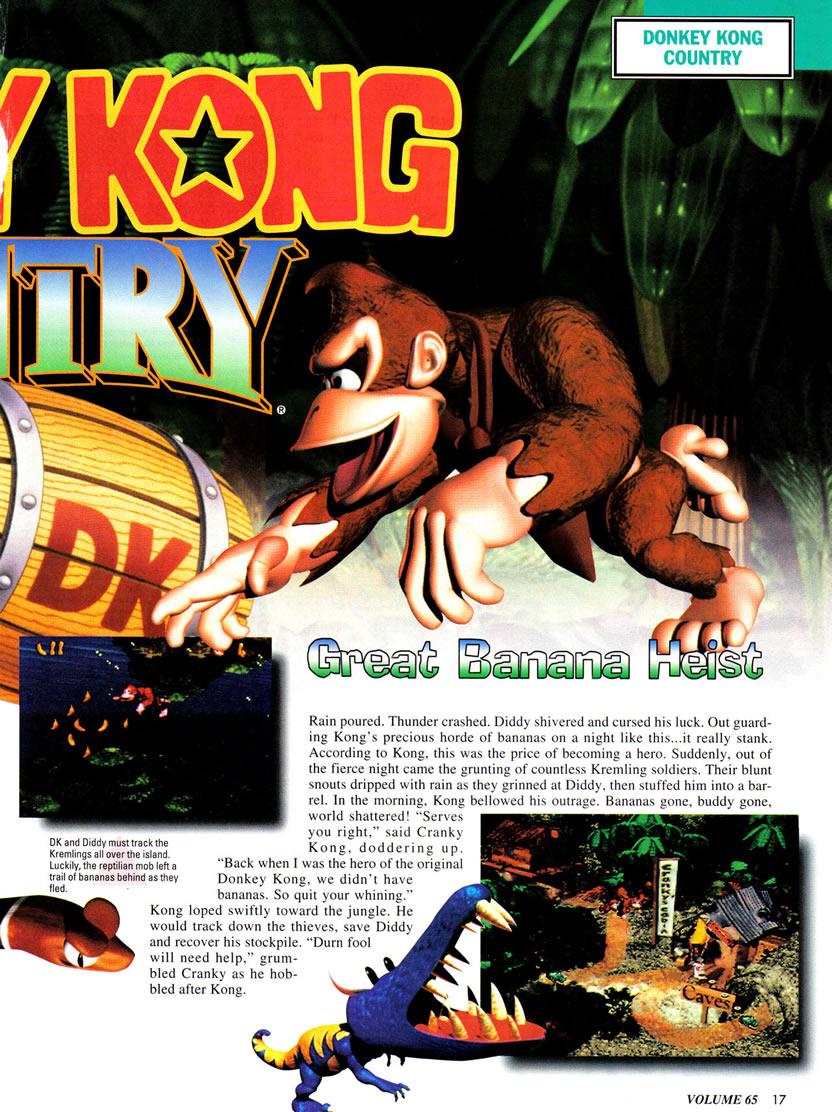 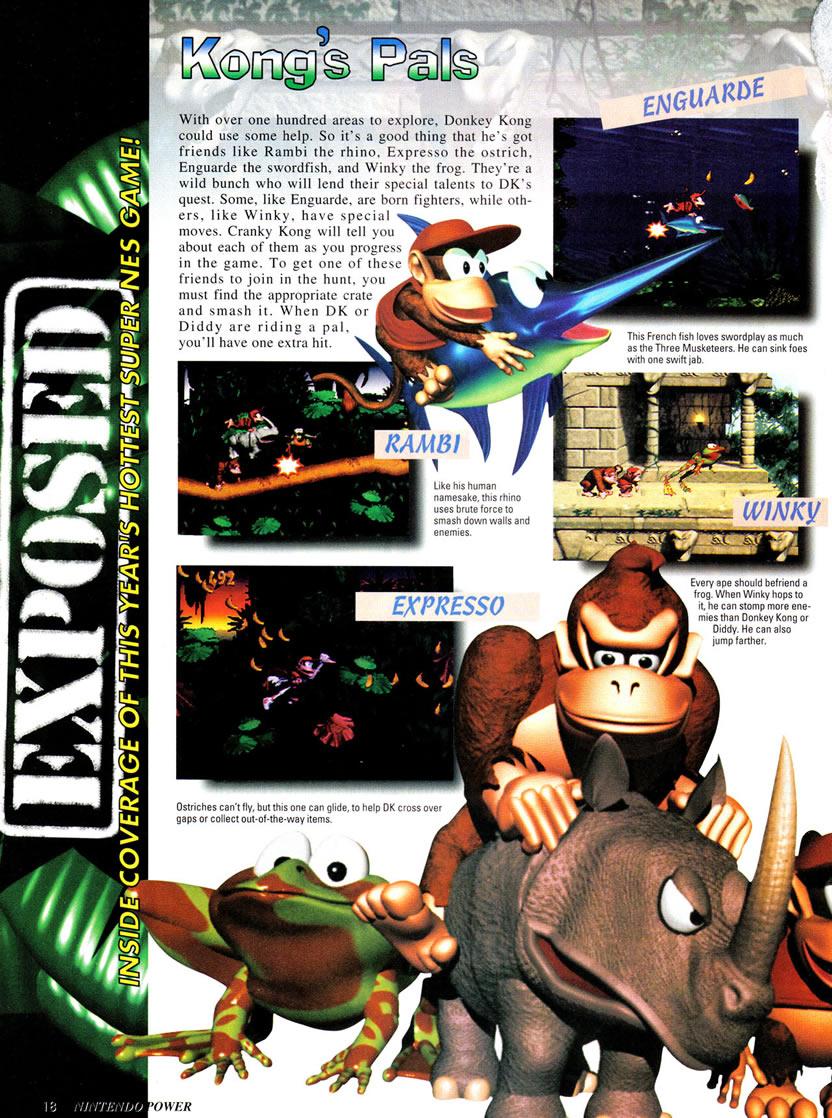 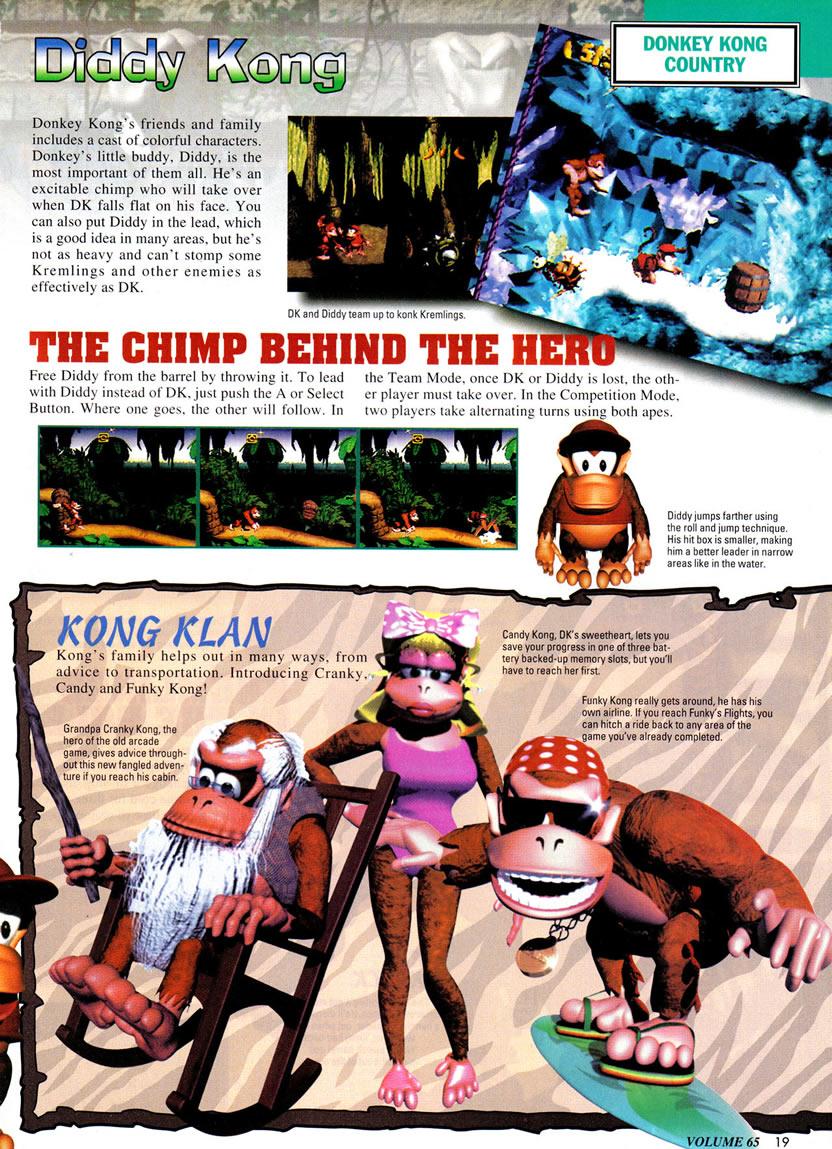 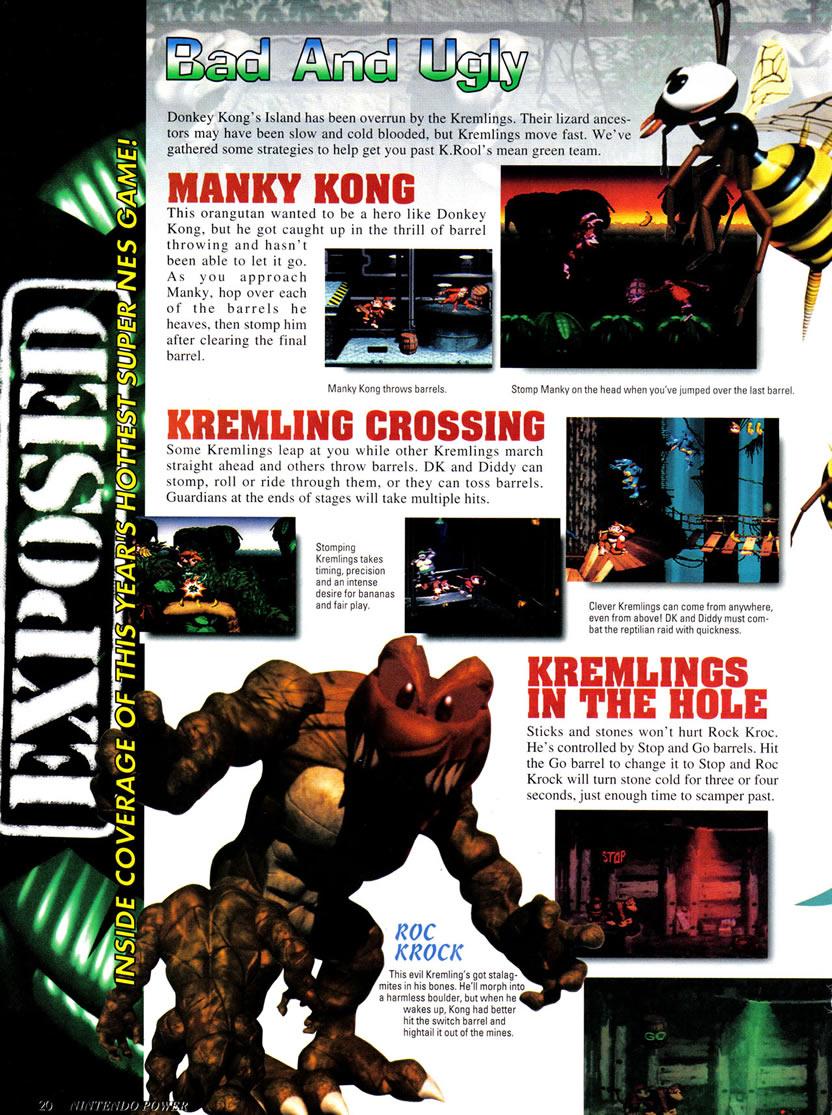 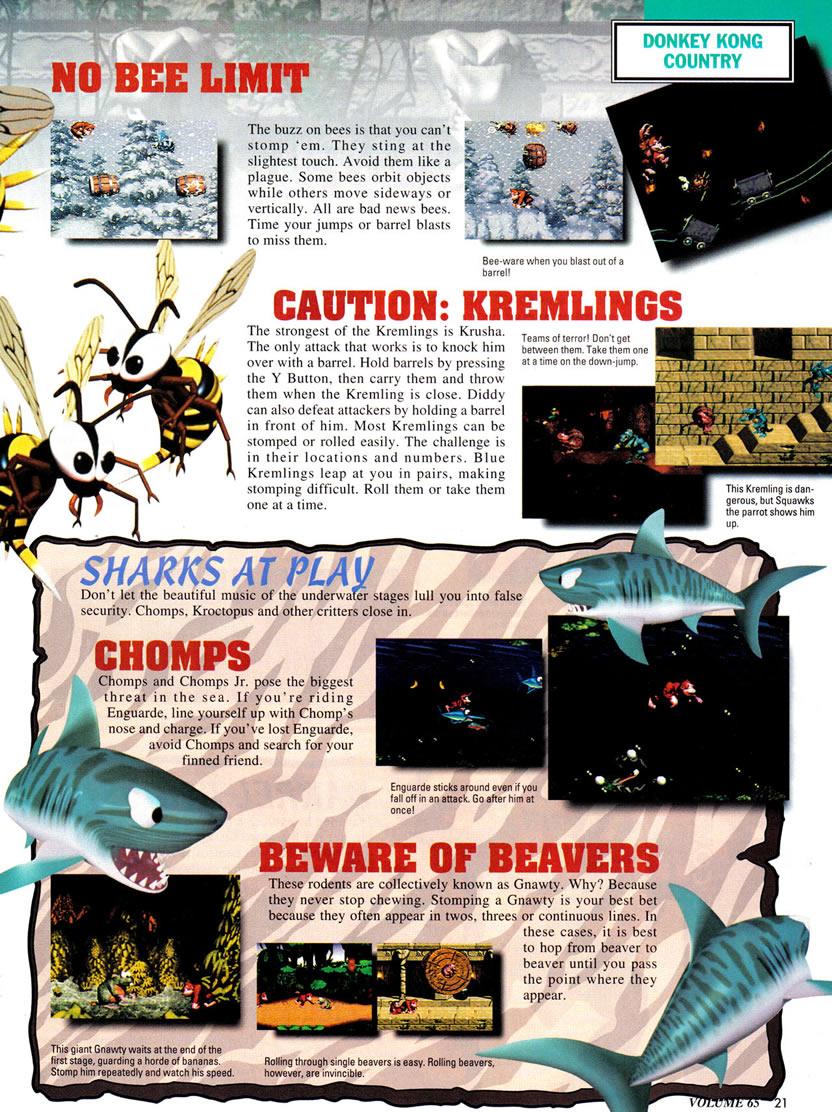 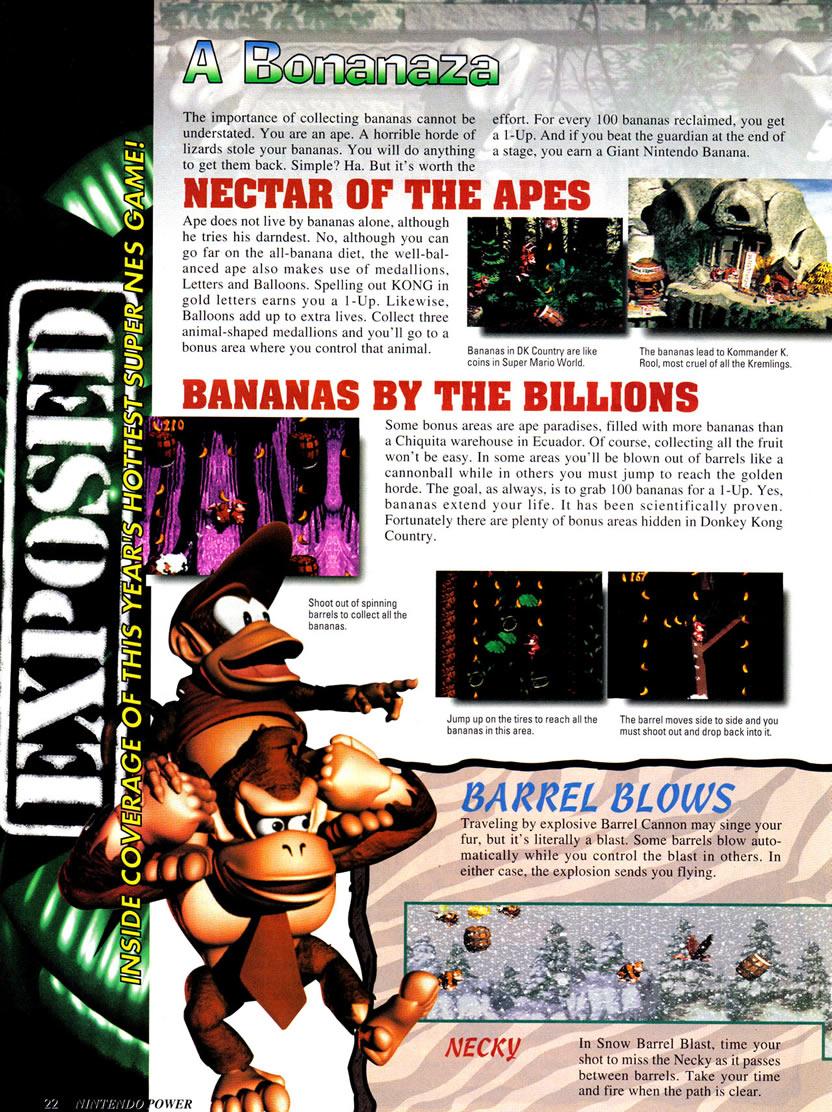 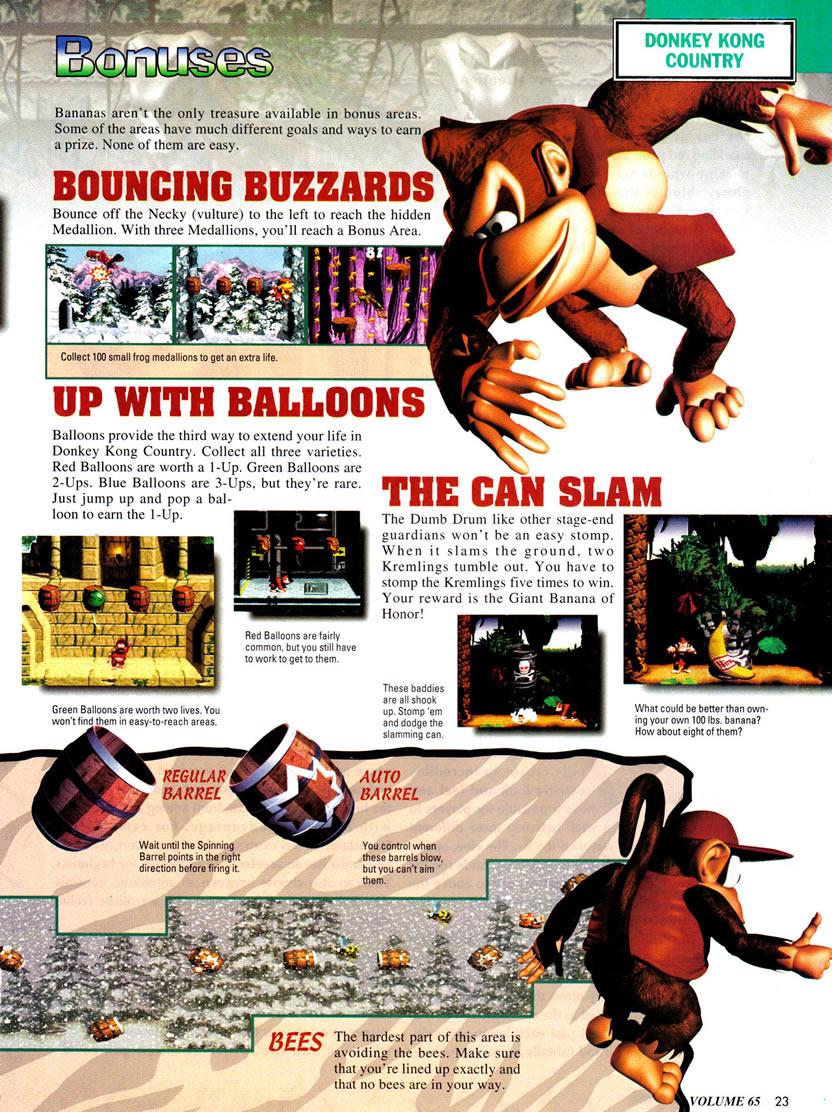