From Nintendo Power magazine vol. 37 published in June 1992 - This was the sixth of eleven parts. Illustrated by Charlie Nozawa, story by Kentaro Takekuma copywriter Leslie Swan of Nintendo of America.

In our last episode Bowser lost one hostage but gained another, as Princess Toadstool flew the "Koop" and Mario became captive numero uno-- with a bullet. Then when Mechakoopas demanded the Princess in return for Mario, Luigi put on her tiara and planned to take her place. Luckily, Floyd showed up with a new line of cosmetics. 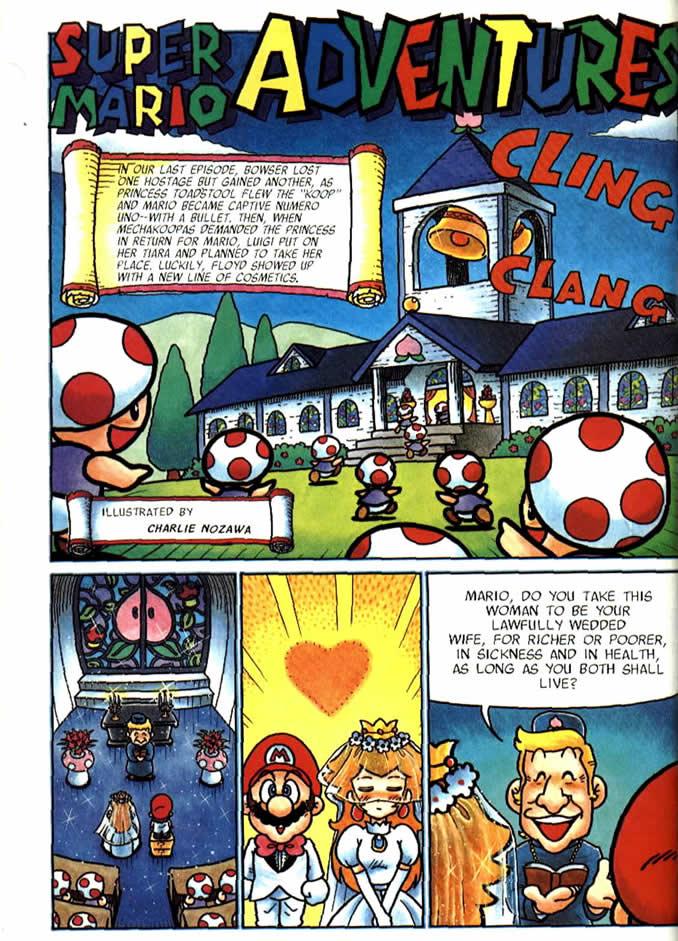 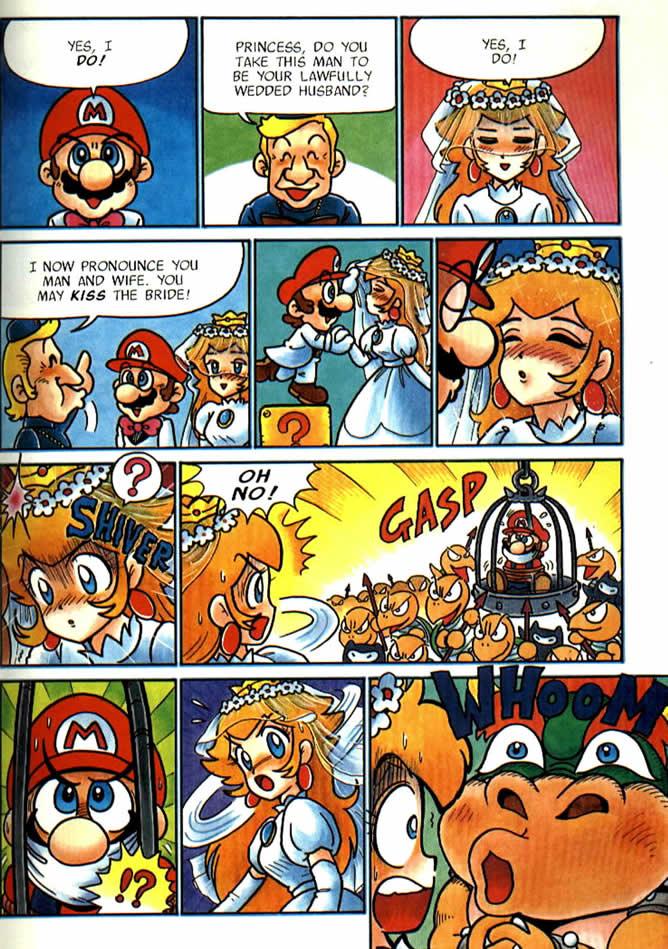 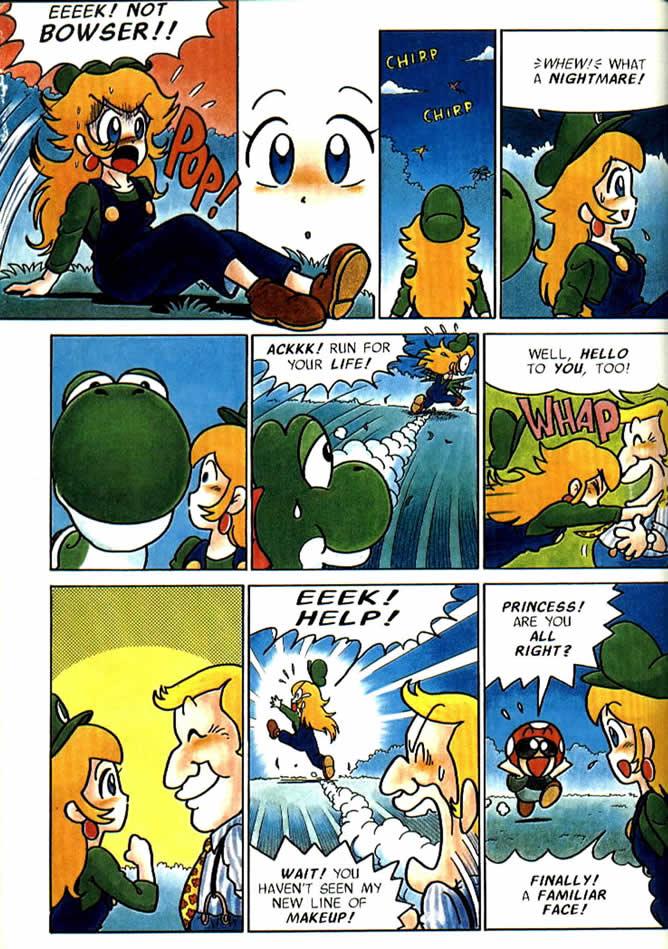 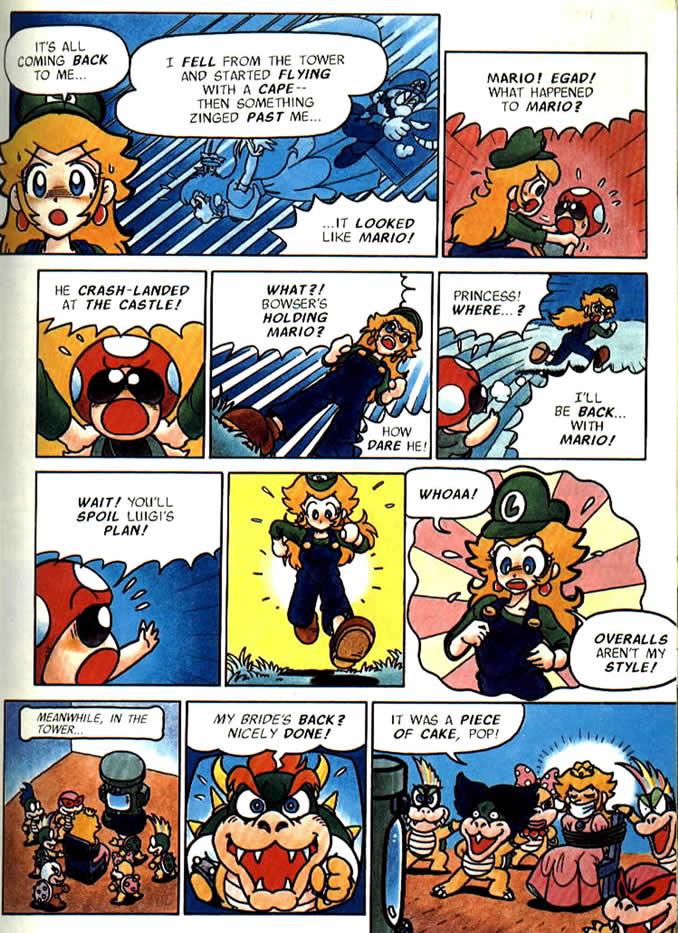 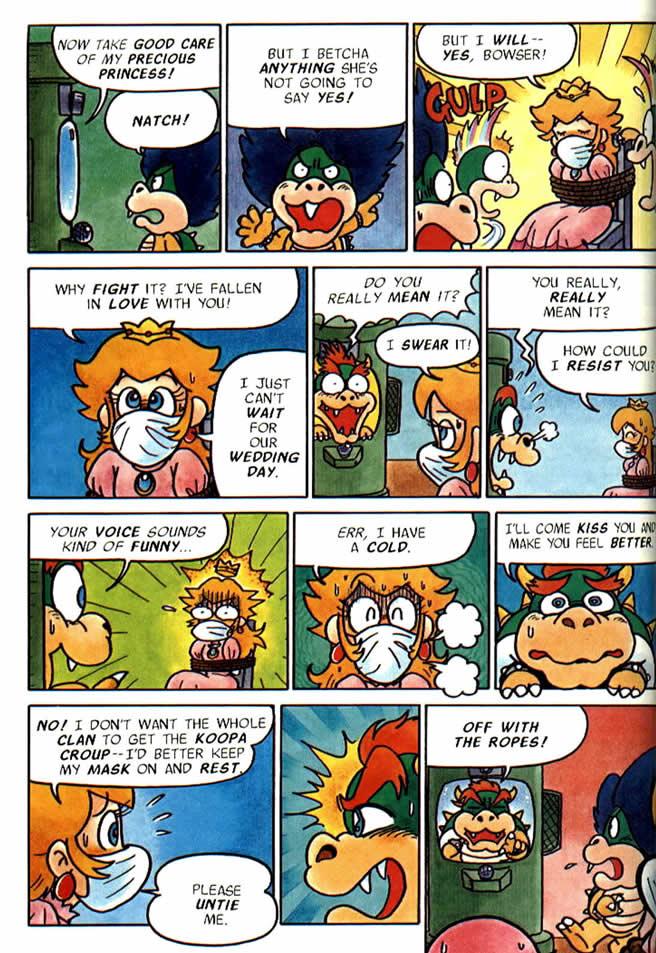 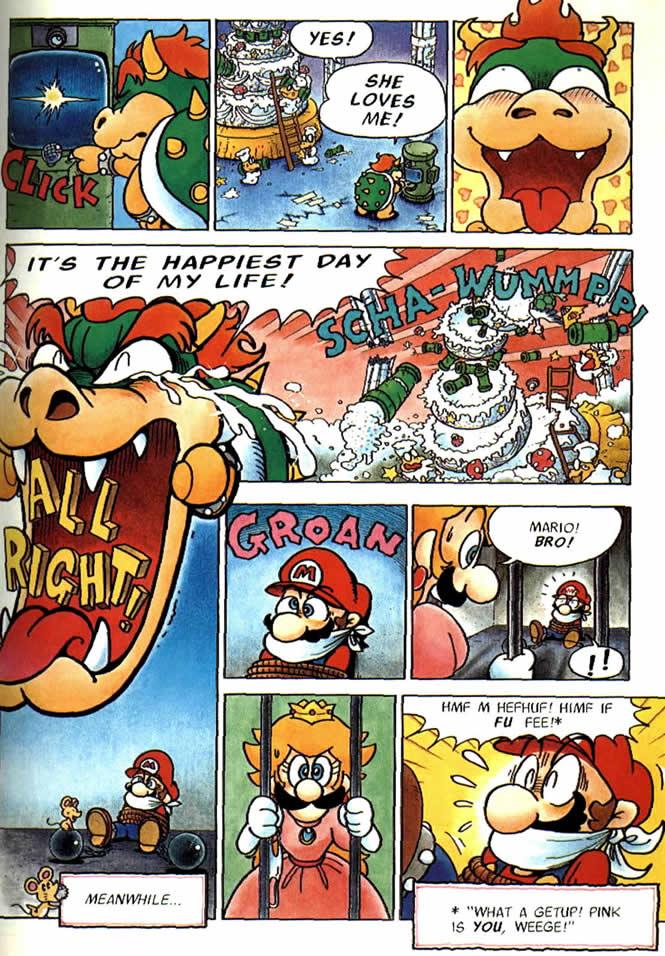 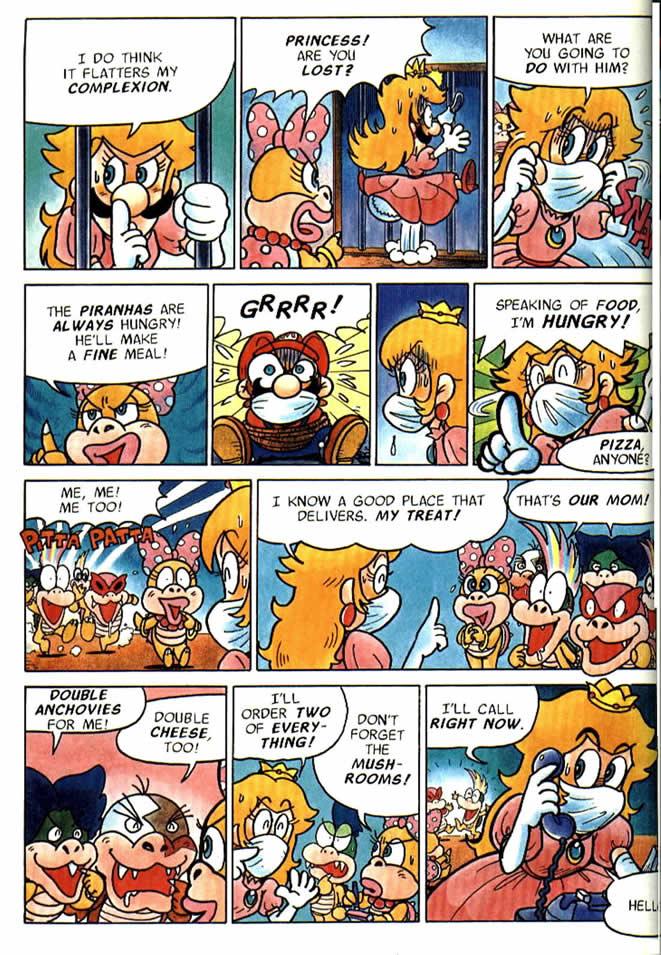 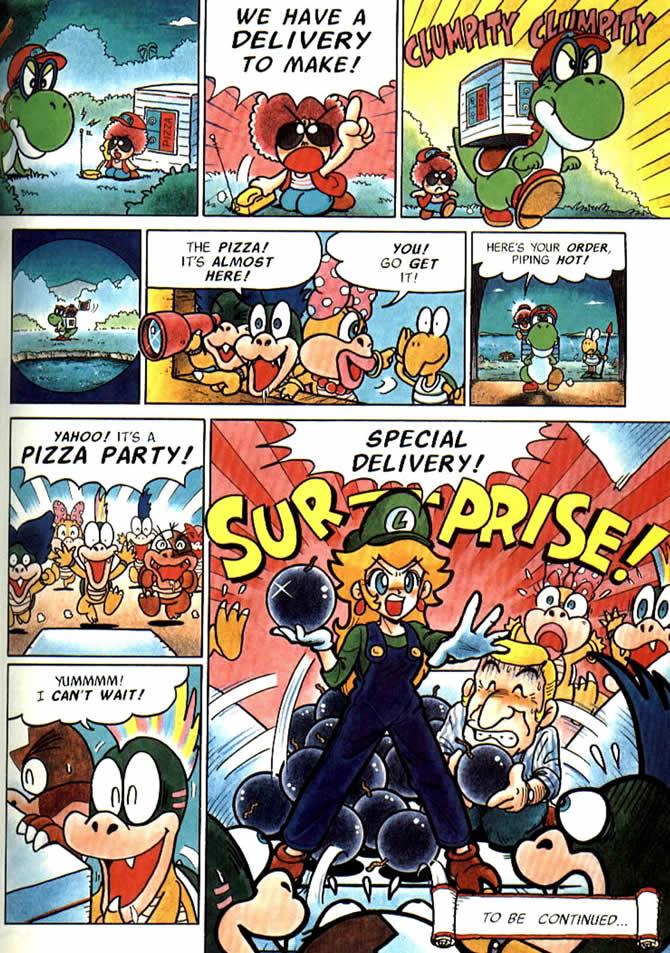