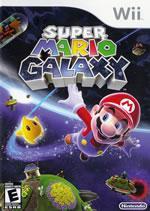 "I've never been more satisfied with a game."

I wish I could rate this game an 11. It's not just the best Mario game ever made (including ... all of them) it's probably the best game that I've ever played. There are so many different elements to the game that deserve distinctive praise, but each aspect of it is beautiful, and all these parts come together perfectly.

I've never been more impressed by the music in a game. I usually hate post-NES Mario music. This game consists of mostly of remixes of memorable tracks from Mario 3 (!!!) and totally original epic-sounding orchestrated music (!!!). The best thing about the music is that it'll fade in and out and ramp up dynamically depending on the scenario. This is especially noticeable in boss fights, where you'll open up a small window of opportunity to attack the boss, and the music will ramp up dramatically, then ramp back down when it goes back to the normal fight sequence. There's even some points where the music is directly correlated to Mario's movements, like when you have to gather music notes before the time runs out, and each note plays a part of a classic Mario song. Or when you roll on the Star Ball, and the tempo of the music is dependent on the speed that you're rolling. The music just adds SO MUCH to the game.

And the graphics are beautiful. The bump mapping and textures and lighting are used to create super realistic (to the point of surrealism) settings that remind me of early 90s 3D animations that tried really hard to 'show off' how 3D they were. The caked lava looks like shiny chocolate frosting on a donut. The wooden planets look and sound like hard wood floors. The lava looks like what you'd imagine lava looks like, but not what lava really looks like. The whole thing feels like a Lego diorama of things from the real world, that looks more like what it's supposed to be than it would had they gone for 'realistic' graphics. It's awesome. I wish every game looked like this.

And the way the enemies and items look... Ever since the Nintendo 64 was announced I've been waiting for someone to make a game that looks like this, and now that the novelty of 3D has worn off developers have done what they should've done in the first place; Make hyper realistic 3D replicas of familiar characters and objects from the 2D games. This game has all the things that Mario 64 basically lacked: 3D Bullet Bills, 3D Goombas, 3D Chain Chomps, 3D Koopas, 3D Magikoopas, 3D Flowers, mushrooms, stars, ? boxes, etc. It's not that I want every single game to feature the exact same enemies and gameplay mechanics, but I (and I think a lot of people) have always wanted at least one 3D iteration of a 2D franchise to feature 3D versions of all the familiar items and enemies. This game is that one game. For all I care they can go back to Piantas and Nokis now, I just wanted them to make at least one game a nostalgia-fest. And I can honestly say I was surprised to find this in the game. I was totally expecting the Mario motif to be replaced by a space motif. I kept waiting for a sub plot about aliens to be revealed. Nope. Aside from the fact that this game takes place on planets (which even feels very Mario for some reason) it's a Mario game through and through. 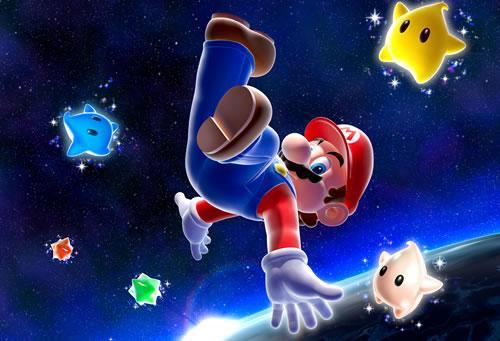 The story is great. It doesn't get in the way of the gameplay at all. It's like they thought of the gameplay concept (which is "Spherical platforms with their own gravity") and the rest of the game and the story sort of evolved from that. Since you're basically walking on little planets, you need to be in space. Since Mario doesn't typically travel through space, he needs help from someone who would. This character is Rosalina. She has a space ship and she wants to help you. If you don't care about her, you can completely ignore her for the rest of the game and just focus on getting stars. But after you get a certain number of stars, new chapters on the "storybook" will open, and each chapter reveals part of her backstory. Her backstory is centered around a belief that when people die, their spirits go to the stars, which several video games have lead me to believe is a Japanese myth that only children believe, kind of like Santa Claus. Even if you're not familiar with this myth, the storybook chapters will catch you up on it. The story basically shows how Rosalina became an interstellar traveler, but also shows her belief in this myth about the stars and her eventual realization that it isn't true. This story is completely optional (you can ignore the library if you want) but it's the set up for a pretty simple philosophical statement made at the game's conclusion. Don't worry, it's not some convoluted Squareenix religion mythology or something, it's just a pretty clearly stated stance on life and death that I'm sure anyone (even a jaded atheist like myself) can appreciate. It was unexpected, but pretty.

But there's really no "plot twists", or dramatic reveals. There's no unnecessarily depriving the player of the characters that everyone loves (Toad, Luigi, Bowser, Peach). Every 'core' Mario character (except Yoshi, who I don't really consider a 'core Mario character' but I think a lot of people who started with Super Mario World might) is in the game, and their roles as character archetypes are firing on all cylinders. In previous Mario games they'd often take away the characters you WANT to see, and hold them in front of you like a carrot in front of a mule, making their appearance the sole motivation of the game. They don't do that in this one. There's Rosalina, but she's hardly intrusive--she's no Midna, she's more like Roll. Everyone else is familiar, and almost everyone is involved. Luigi (once you find him) will go on his own independent journey to collect Power Stars, and when he finds one, he'll send you a letter (given to you by Mailtoad) with a photo of his location, asking you to come save him (and the star he found). Toad's role is sort of a new role, but it's one I really like. Toad's not really a character (even though some people really want "him" to be), he's sort of more like a type of character. In Mario Galaxy, there is a group of Toads called the Toad Brigade that also travels the galaxy in search of Power Stars and Peach. They never actually find either, but you'll constantly bump into them on your quest, and it keeps things familiar and upholds a friendly tone through out the game. You never get the (sometimes depressing) 'loner' feeling you get in a lot of Nintendo games. Peach's role is pretty much what it's supposed to be, as the damsel in distress, so she's only in the first and last part of the game. This is also the first time it really feels like Mario is saving someone he cares about, and not just saving "the princess" for the sake of "justice." And every time you turn the game on for the first time, you'll have a letter from Peach with five 1-up Mushrooms enclosed, which is nice, because it gives you the option to start the game with more lives if you want to, since your 1-up count resets each time you turn off the game. 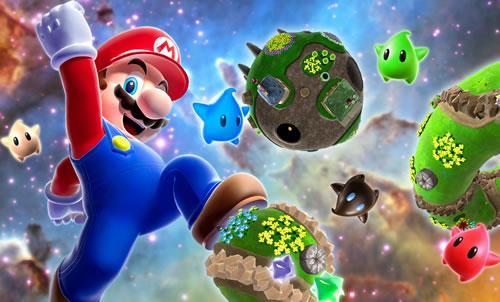 The difficulty is actually the most balanced I've ever seen in a Nintendo game. I died a LOT, but I literally smiled almost every time I died. Even when I died on the same boss over and over. It's never really frustrating. You're given plenty of chances to grab 1-ups, and if you really want to you can usually grab an extra 8 or so 1-ups in the overworld before actually entering a stage. Game overs aren't really an issue, you'll pretty much never get a game over. But at the same time, 1-up mushrooms never feel 'cheap' (like Force Fairies sometimes felt in Four Swords Adventures). The difficulty mostly comes from the new HP system. You only have 3 HP, usually. Under certain conditions, you'll only have 1 HP, which makes boss rematches more interesting. And there's a new power up (that I love) called the Life Mushroom, that'll give you 6 HP. This is probably my favorite power up. The way it's placed throughout the game never makes it feel like you HAVE to get it (like how Super Mushrooms feel) it's always sort of off to the side, and you CAN get it if you think you need it, but you can also skip it if you like the challenge of only having 3 HP. And it makes a really cool sound when you pick it up.

The gameplay is just perfectly executed. I was a bit worried about some complaints I heard about the controls, but I never found this to be an issue at all. Controlling Mario around the surface of small 3D planets definitely takes some getting used to, but it's very rare that the camera will somehow mess you up. For the most part it's just an issue of re-training your thumbs and your brain to use an analog stick differently. This is not a game where you just press the stick forward for 90% of the game. You actually

have to move it in all directions. And it feels great.

Pretty much every single aspect of this game is perfect. I was initially hesitant to buying it, because it's "another Mario game", but I'm really glad I did. This is an instant classic. I've never been more satisfied with a video game. It's just so pleasing on so many levels.