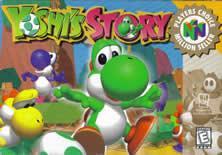 Before we start, I'd just like to say one thing: 2D games are NOT trash!

Okay, now that I have that out of the way, I'll get on with the review. Now, people regard Yoshi as being somewhat a toddler's character, like Pikachu. This is not true, as I am as big a Yoshi fan as I am a Mario fan. Well, this is my review on his N64 adventure: Yoshi's Story.

Graphics: The shining point of the game, and shows 2D games are still able to produce as much magic as 3D games. Animations for Yoshi and his crew are very smooth, detailed, and in some cases fun. I still find it amusing to see Shy Guys run in a panic when you steal the fruit on their heads. Not 3D, but just as good, although the end of game sequence makes for pleasant viewing.
Graphics: 10/10

Sound: Many people have mixed feelings about the sound in this game. Yes, Yoshi music can be annoying, but it is also done rather well. Different instruments are used for each level's music, and although it's all just Yoshi's theme on every level, it's done with enough variety not to make it at least ear-splittingly irritating to listen to. However, Yoshi's voice can irritate people, but the sounds Shy Guys make when you, yes, steal their fruit can amusing in its own way.
Sound: 8/10 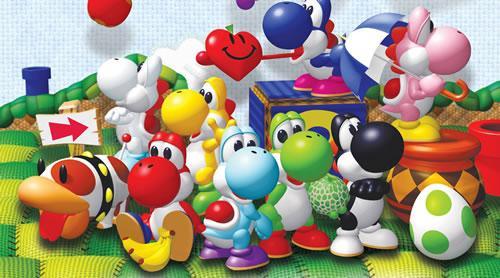 Story: Not going to win any Logies, but at least more original than Mario 64's storyline. It goes like this: The Yoshis are all living on their peaceful island, eating their Happy Fruit as such. Suddenly, Baby Bowser steals the Super Happy Tree, and renders the Yoshis miserable. However, Baby Yoshis aren't affected, so they journey to Baby Bowser's castle to regain the tree. Not spectacular, not as least you don't have to save a princess, AGAIN.
Story: 7/10

Gameplay: The ever popular lemon in the soda. This is were it can become a fair bit too simple-minded for gamers such as myself. Your main goal is to eat 30 fruit of any kind. While this appears hard, the fruit's spilled all over the level, and there's nothing stopping you gobbling up 30 fruit in about 5 minutes without trouble. However, Yoshi's control is very responsive, and while there aren't as many moves as Mario 64, Yoshi doesn't fair too badly. As far as levels go, this is a case of Lylat Wars, i.e., you have different paths, depending on how well you fair on the previous 'page'. Although there's only a handful of pages in the book, there's about 4 levels per page, so it makes for fairly medium-level gaming.
Gameplay: 9/10

Originality: Well, the only thing separating this from the multitude of platform games out there's the storyline, so that's pretty much it.
Originality: 5/10

Replay Value: Although the game is relatively short, there ARE the different paths through the game, and even a High Score system. Is there nothing better than beating your friend's score - which he worked for about half an hour to get - in about 10 minutes? I seriously doubt it.
Replay Value: 6/10

Difficulty: Again, this game is VERY short, however, try to eat nothing but melons all through the game. I know I haven't done it yet.
Difficulty: 3/10 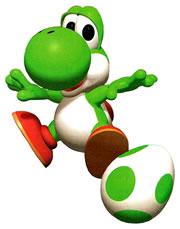 Buy/Rent/Stuff down a chicken's throat:For High Score junkies and Yoshi fans, consider it a rent and/or buy. For hardened platform fans, probably just the rent.

I don't care what people think about this game. If you can get past the difficulty, you have a VERY enjoyable game.