The Doctors Practise is once again opening up in the Nintendo World, this time in the form of Dr. Luigi for the Wii U. It was said that Mario lost his license as it was found he was not actually a qualified doctor. It's gameplay is basically the same as its Mario themed predecessor, Dr. Mario on the SNES (Which was released 23 years prior - in 1990! Does that make anyone else feel seriously old?) though this time it utilises the considerably greater hardware specs of the Wii U to bring us the same gameplay in beautiful HD; and of course.

So for those of you who might be unfamiliar with this series, the basic idea is to stack megavitamins together to kill off the viruses in the tube. The megavitamins once in a row of four or more (of the same colour) will neutralise the surrounding viruses. Work quickly to eliminate all the viruses before they multiply again!

As well as the above classic mode of virus elimination, theres also a new mode called "Operation L" in which you have to stack L-Shaped pills instead of the classic Megavitamins, another little celebration of the 2013-2014 Year of Luigi.

Another difference between Dr. Mario (SNES) and Dr. Luigi (Wii U) is that the combo system is different.

In addition to this, like in Dr. Mario Online Rx (Wii, 2008) once the player beats the 20th level at high speed in all modes except multiplayer the game will then roll its credits. 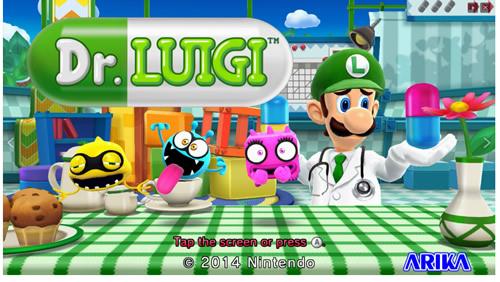 A summary of the game modes available in Dr. Luigi U 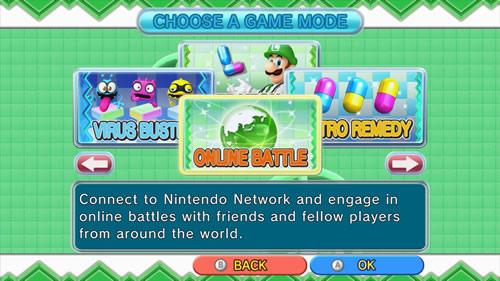