Daughter Gets to Live in Super Mario's World
Login

Daughter Gets to Live in Super Mario's World

When 13-year old daughter, AJ, asked her dad for a Mario room, 38-year old Dustin Carpenter didn`t fail her daughter. Unlike the usual room renovation for any household at Green Bay, Wisconsin, Carpenter had her daughter`s room filled with Super Mario Bros. characters, lightings and sound effects just like in any classic 80`s Nintendo game series.
According to him, it was supposedly a bat cave at first, but AJ changed her mind and asked for Mario instead. Spending weeks of painting the walls with her daughter`s favorite Mario characters and scenes, Carpenter didn`t expect the room to be as detailed as it turned out. 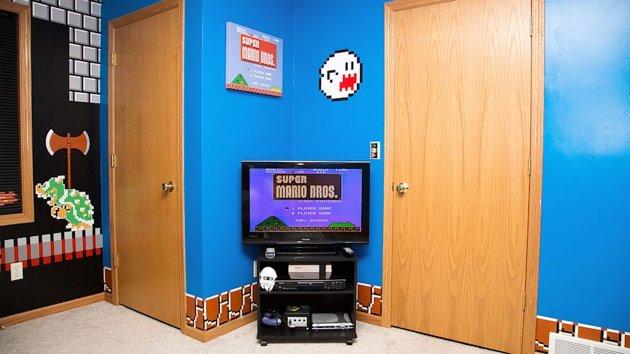 Except for Mario, Bowser and the Gumba which are vinyl decals, everything in the wall, including Boo, the Piranha Plant, the clouds, the pipe and the bricks, was hand-painted by him. The blue paint, however, was done by someone who came in and helped. AJ also did her best in filling in some of the bricks for her favorite characters.
Aside from the walls, Carpenter also gave AJ a Mario-themed bedding, character plush toys and pillows and blinds. Carpenter also built a flag pole, a symbol of victory in the game, where Mario would raise a yellow flag after completing each level. 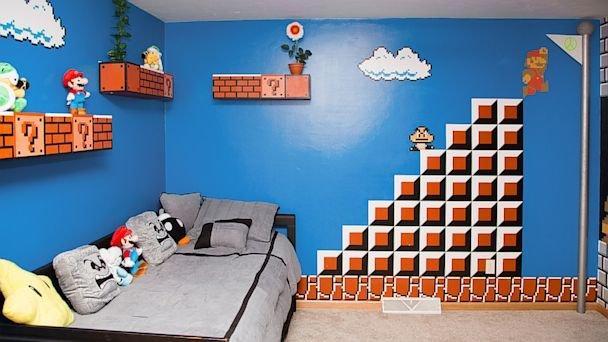 Everything seemed to be perfect, but the Mario-themed bedroom would not come alive without the different push buttons that Carpenter installed in AJ`s room. She got to hear various sounds such as the "dum-dum-dum" when Mario goes down a green tube and the "1 Up" sound. Along with the sound effects, Carpenter also did not forget about the lights. The switch itself was designed just like the old Nintendo controller to play the classic theme song for Super Mario Bros. 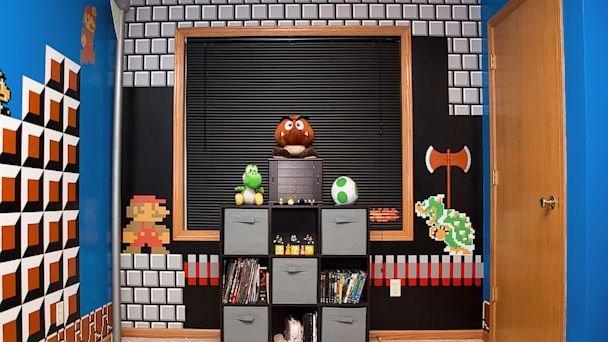 Carpenter didn`t mention how much the whole renovation cost, and it really didn't matter at all. He, who worked full time in a telecommunications company, had spent his free time creating a Super Mario Bros. world in his daughter's bedroom. Starting in mid-August and finished, the project took 60-70 hours to complete.

"She's loves it," Carpenter said. "She said it was amazing, and she sent me a text saying how cool it was and how thankful she was for what what I did for her."
Knowing your efforts were appreciated by someone you loved the most, what else can you ask for? Everything he has done was all worth it. Now, AJ gets to live in Super Mario Bros. world in her bedroom. Thanks to her amazing dad, Dustin Carpenter!