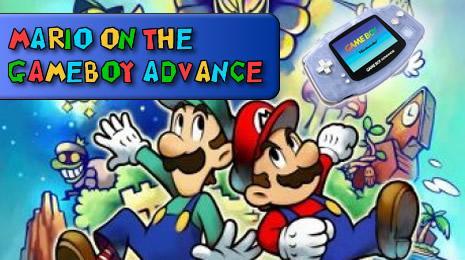 Below are the Mario games on the Game Boy Advance that we cover. Visit a games page by clicking its box image below.

About the Game Boy Advance

The Gameboy Advance, usually shortened to GBA in the gaming community, is a handheld video game system that was released by Nintendo in March 2001. After its initial release in Japan, it was shipped around the globe in June. At the time of its release, the system had primary competition in the form of the Neo Geo Color, N-Gage, and the Tapwave Zodiac. However, building off of the success of their Game Boy Series, none of these other systems stood a chance. As of now, it has sold over 81 million units around the world, most of these sales occurring until the next generation Game Boy SP was released in 2004.

Given its upgrades in screen size, game libraries, and graphics, it is little wonder that the Game Boy Advance was so successful. However, after a tremendous run and many notable games being produced for the system, production of games was ended in 2006 to make way for the next generation of gaming systems.