WarioWare's first Wii U title "Game & Wario" is a party style collection of Mini Games almost like Wario's equivalent to a Mario Party game. The game is set in Diamond City, a city in an unknown location where Wario is from. It seems that a level of inspiration for Game & Wario was of course from the old "Game & Watch" titles - this is indicated by the similarities in the logo, and of course the name. This game can be played alone or with up to 4 others in multiplayer mode.

It's me, Wario, charming leader of WarioWare, Inc., and creator of the best Wii U game ever! GAME & WARIO is an action-platform-sketching-puzzle-shooting-design-rhythm-sports game, and it is so amazing that I want to share it with the world! THE WORLD, I SAY! WAHAHAHAHA

The background story of the game is that while Wario is sat at home watching TV he sees an advertisement for a new games console which is coming soon; being a fan of currency Wario sets about to try and make a game for this new console in an effort to shower himself in riches; so Wario sets about to creating games for this new console but he isn't alone in doing so... he has help from some friends. 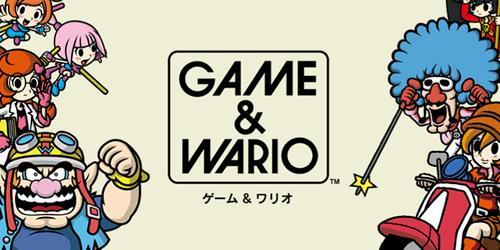 There are sixteen mini games in total comprising 4 multiplayer and 12 single player mini games all of which utilise the revolutionary features of the Wii U touch screen control systems. Players can unlock achievements and medals etc by completing certain tasks in mini games.