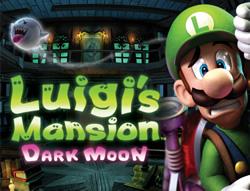 Perhaps it's fitting that a game based on a vacuum cleaner is a bit of a chore to play.

I promise, contrary to popular belief, that I really do want to like a 3DS game. While I find the traditional "Guess DDJ's score" topics to be amusing, I'm dying for Nintendo to release a 3DS game I truly enjoy so I can validate that, no, I do not simply hate Nintendo or the 3DS on principle. We're not even three years removed from Nintendo releasing one of my all-time favorite games (Super Mario Galaxy 2), so it isn't reasonable to accuse me of that much bias; but I digress.

Luigi's Mansion: Dark Moon is a chore to play. I've read others' reviews, trying to figure out the game's appeal, and by and large they've focused on aesthetic qualities. Don't get me wrong, the game aesthetically is quite nice. The graphics are among the best I've seen on the 3DS, and the game does a very nice job of varying the locations and thematic elements to stretch the game's graphical appeal even further. Graphics don't make a great game, though; they just make a good-looking game, and a good-looking game can still be a boring game. Others comment on the game's length, and that's certainly true as well; the game is impressively well-sized compared to Nintendo's recent releases, chiming in with at least 20 to 25 hours of play time just to beat it once. But if a game isn't fun to play in the first place, does its length not actually work against it? Some also comment on the large amount of optional content, but again, if a game is not fun to play in the first place, does optional content intended solely to make you play the boring game more actually improve it?

Those strengths are window dressing that seems to obscure the fact that the underlying gameplay in Luigi's Mansion: Dark Moon is just plain boring. I wanted to make this a weaker claim at first, suggesting that maybe the game just is not quite up my alley and that others might like it, but I cannot convince myself that the gameplay is not simply boring. The game is most accurately characterized as an action puzzle game, with the majority of gameplay consisting of figuring out how to move from room to room to accomplish whatever arbitrary objective the game has thrown at you more recently, like collecting fan blades or finding a particular object in the level. Moving between the rooms is almost always a matter of, essentially, figuring out what piece of the game world needs to be touched with what button. In this room, you need to touch the invisible door with the Y button. In that room, touch the wilted flower with the A button. Occasionally, the game gets crazy and asks you to do ridiculous tasks like touching a ball with the R button and then moving across the room.

That is an atrocious way to design a "puzzle" game. I hesitate to even diminish the word "puzzle" by crediting the game with the term. A puzzle game involves solving novel challenges using the tools at your disposal; Luigi's Mansion: Dark Moon boils down to figuring out which of the game's four buttons needs to be press while standing in which locations. That is not a puzzle, that's just a test of the player's ability to recognize set pieces in the game's environment. "Congratulations!" the game says, "You recognized a black spot on the floor means that something disappeared. Now move on to the next room." Throughout my time playing the game, the vast majority of the play time can best be characterized as figuring out which button to press where. That is not good puzzle design. 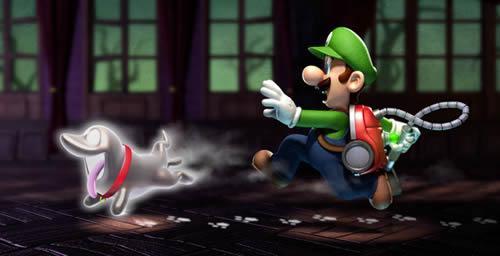 The game does have a few sections that involve a little more gameplay. Of course, the premise of the game is that Luigi is (inexplicably) a ghost hunter, so you would think that hunting ghosts would be a prominent part of the game. That is not the case. During one mission, I timed myself, and less than 10% of the play time was spent in any way engaging with ghosts. The gameplay was entirely revolved around sticking my vacuum cleaner or flashlight into various nooks and crevices until something popped up or a new door opened. Even when a ghost did pop up, the "gameplay" involved in catching it is almost too simple to even mention. The entire ghost-catching gameplay essentially consists of shining the flashlight on the ghost from the right angle, then holding down the R button until the ghost disappears; if the ghost escapes, rinse and repeat. The only variance on this formula is that different ghosts have slightly different properties; some hide behind or in objects, some have more HP, some hurl projectiles in return. In truth, this section of the game is not actually that bad; it's just lackluster and ironically deemphasized. Even with my somewhat negative perception of this portion of the gameplay, my overall impression of the game would likely be higher if there was more time spent ghost-catching and less time spent sucking bath towels off their hangers.

The game has some somewhat objective flaws as well. The level structure is strange; the game is broken into six "worlds", each with a handful of "levels" each, but the levels entirely overlap one another. For example, in the first world, every level happens inside the same mansion. Most of the time, you start in the same place for each "level" in a world, and the portions of the level you have access to are determined solely by which level you chose. It feels like you should be able to freely explore the mansion or whatever the locale for the particular world happens to be, yet the level structure applies seemingly arbitrary restrictions on where you can go and when. This is also a frustration because you often find yourself backtracking through portions of a world you covered on a previous level just because money and coins are accessible in old portions that are otherwise unused in the new level. There is also no in-level save option (and levels are easily long enough to warrant at least a quicksave), the dialogue between levels (and during levels) is plodding and slow, and there is not really a strong driving plot.

None of those flaws, however, are game-breaking. All could merely be minor problems with an otherwise strong game if the gameplay itself is enough to buoy the game. The gameplay in Luigi's Mansion: Dark Moon, though, is just boring. I would not even call it particularly bad: the controls are natural, simple, and intuitive, the puzzles are usually easy to understand and approach, and the learning curve is very shallow. The problem is that the game just never asks the player to do anything fun. The game is a chore to play; in many ways, it is not unlike the actual chore of vacuuming. Almost the entire time is spent running around with a vacuum cleaner figuring out what spot you haven't touched with it (or with the flashlight) yet, just to unlock the next room so you can repeat the process. There are the occasional encounters with ghosts and even more occasional boss battles, but those are so few and far between that they do not contribute notably to the gameplay experience. Usually I am far more analytical and detailed in my reviews; this is by far the shortest I've written in the last couple years, but ultimately I simply do not have much to say about the game. I have nothing specifically good to say, and I have little specifically bad to say. It is simply a game without real gameplay. It's not good and it's not bad, it's just kind of... there. 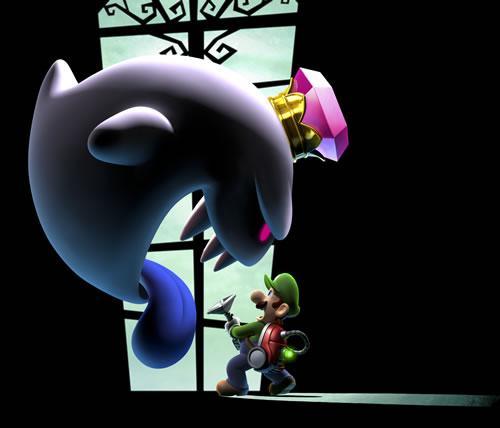 Luigi's Mansion: Dark Moon does not feel like a game you play; it feels like a game you complete. There is no challenge, there is no true engagement, and there is no fun involved. It's just a chore to be finished and crossed off. It is the very definition of a 5/10 game: it is playable, it does not have any glaring flaws, but it also is not in the slightest bit engaging or entertaining.