Mario and Sonic are back for the Winter Olympic Games, this time in Sochi in 2014. With a trail of previous olympic success in their wake they are both bound to make a major impact in the events at Sochi 2014.

Features of Mario & Sonic at the Olympic Winter Games Sochi 2014. 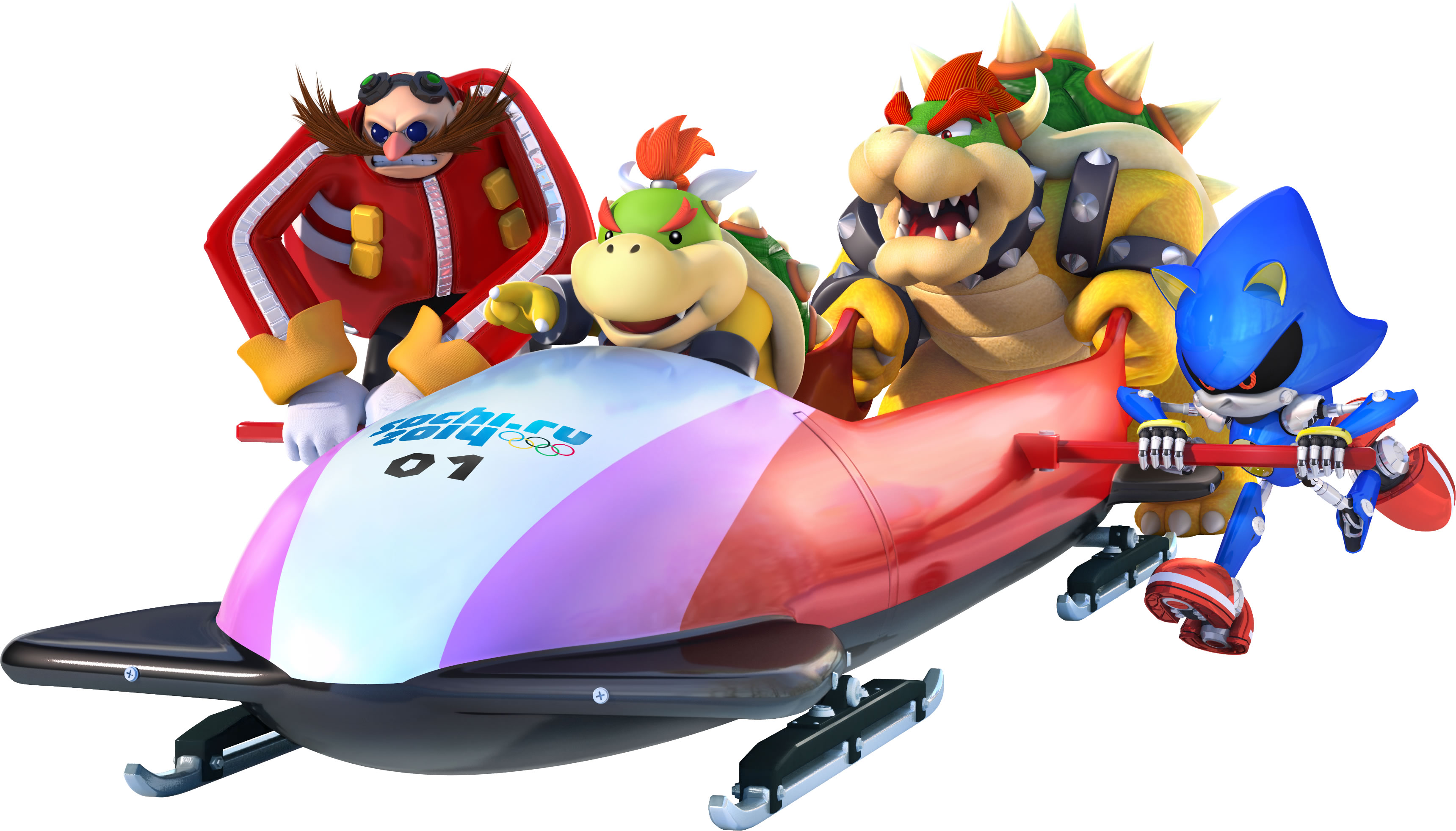 As usual both Mario and Sonic will bring a team with them, with each character having its own skill set; some might be reliant on speed or skill, where others might favour strength or cunning. A list of the two captains teams is below

A video compilation of art and screenshots from Mario & Sonic at the Sochi 2014 Olympic Games on Wii U.