This preview gave sneak peaks on stuff you wouldn't have normally seen in a Mario adventure game before it... such as the Yoshi races, the Mine Cart race, the Tadpole music composer bit and information about Mario's World.

A bit of action, a bit of role playing and a lot of fun wait for those players who plunge into the frantic 3-D world of Super Mario RPG: Legend of the Seven Stars. Mario's adventure debuts in May, but NP scoops the world today.

This preview was published in March 1996.Also included on this page is the front cover of that magazine as it was SMRPG based and one of the inside content pages. 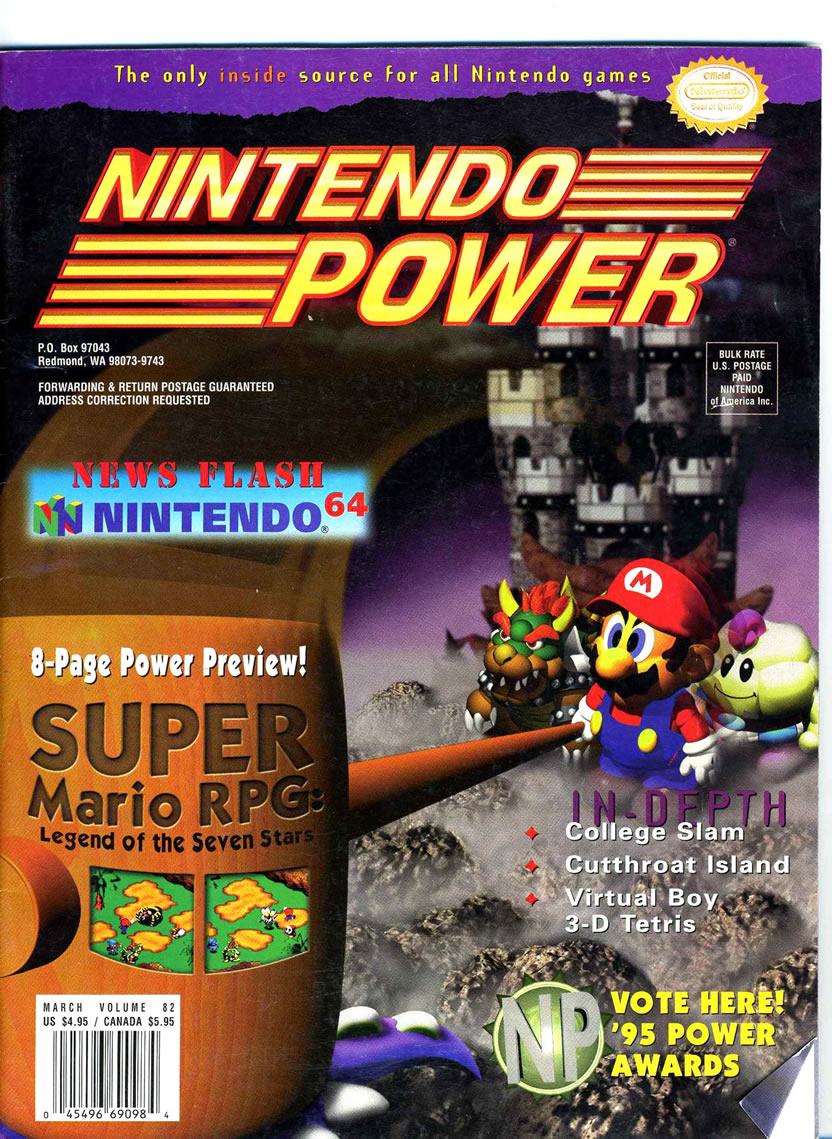 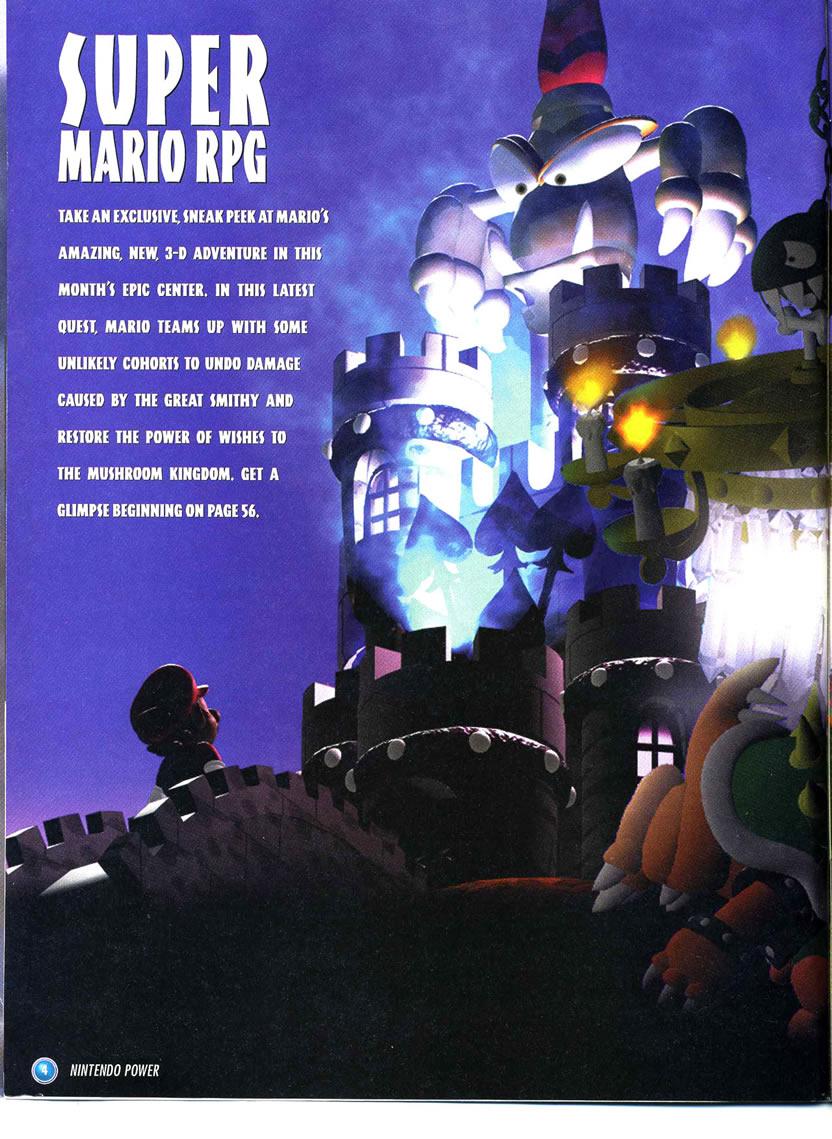 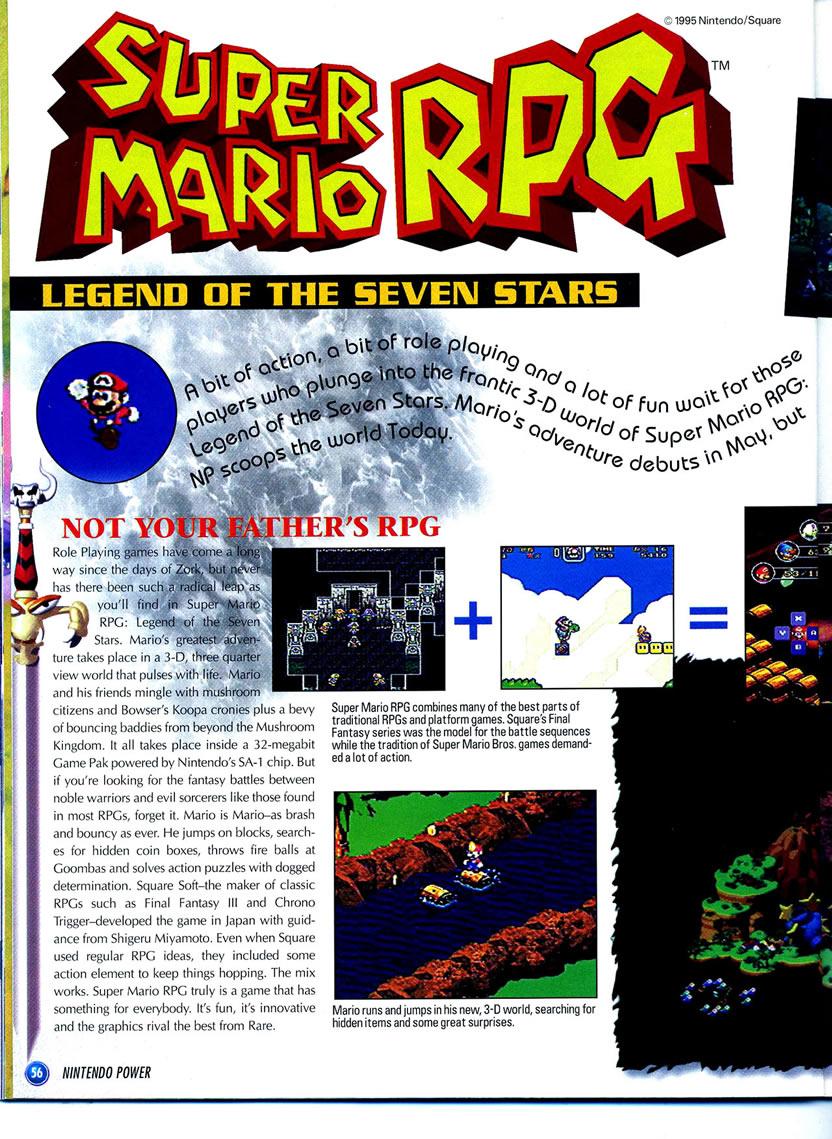 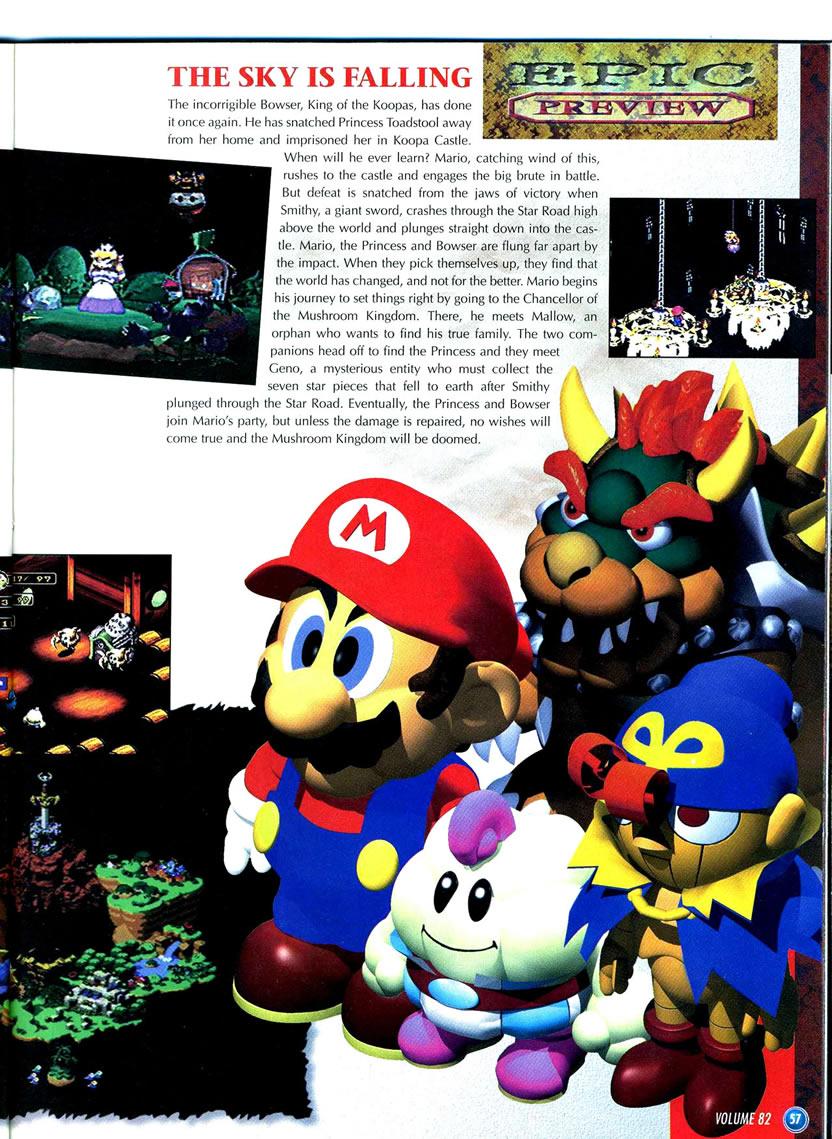 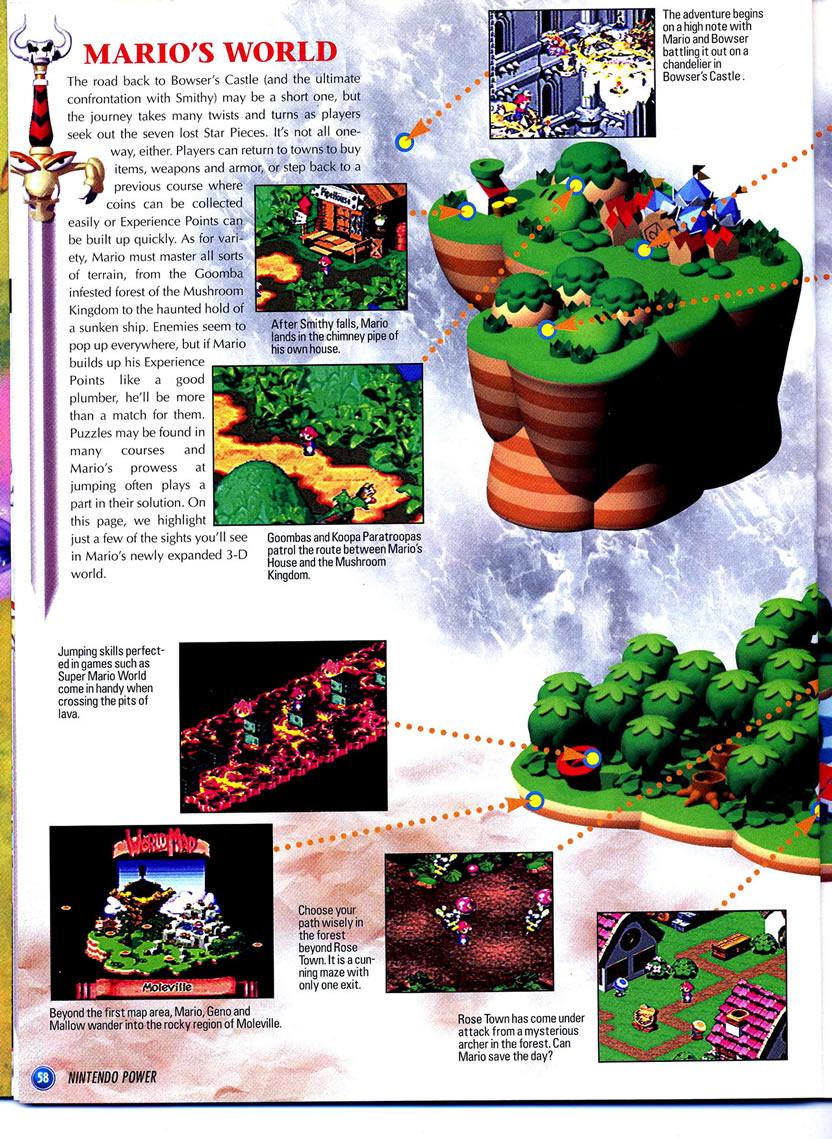 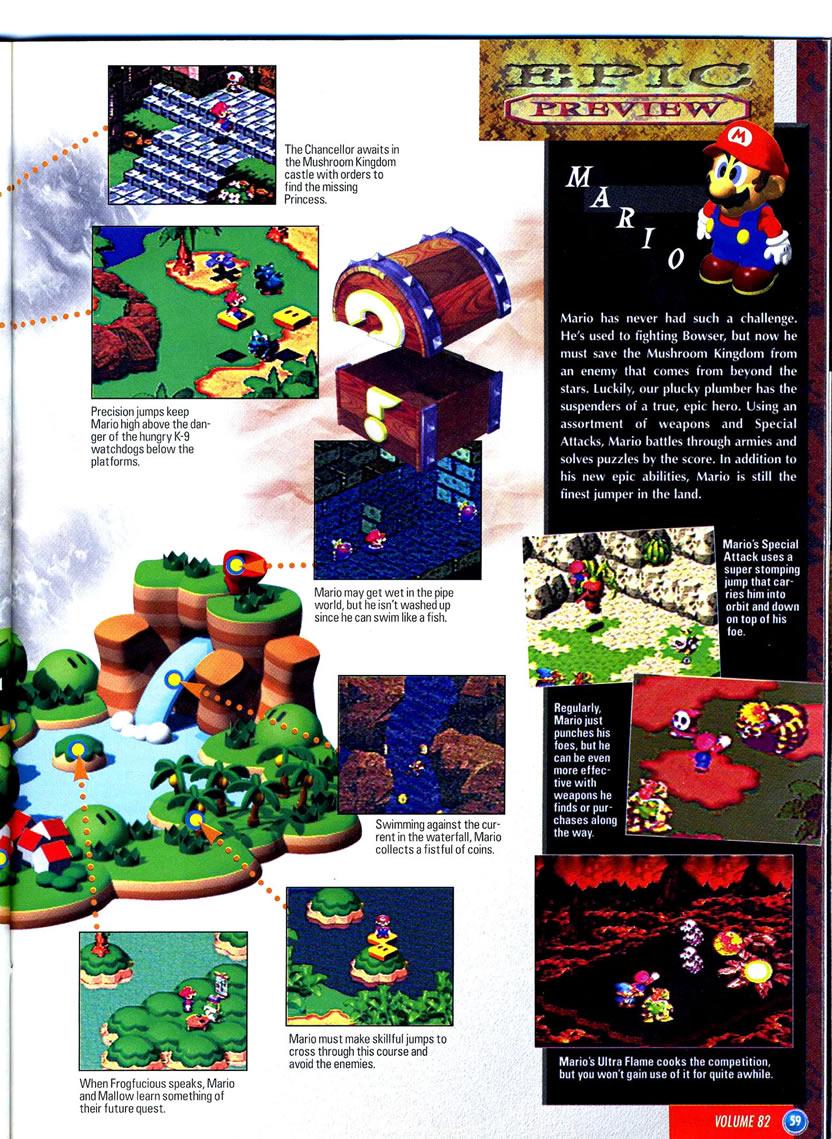 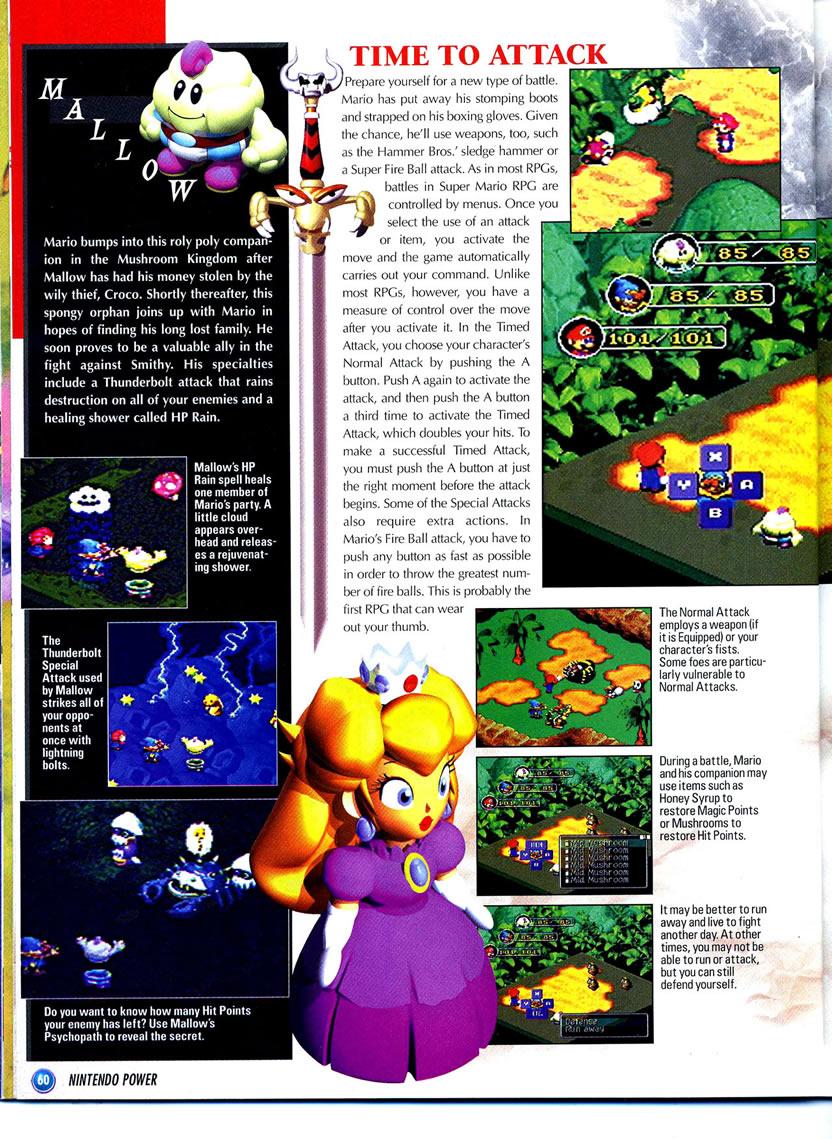 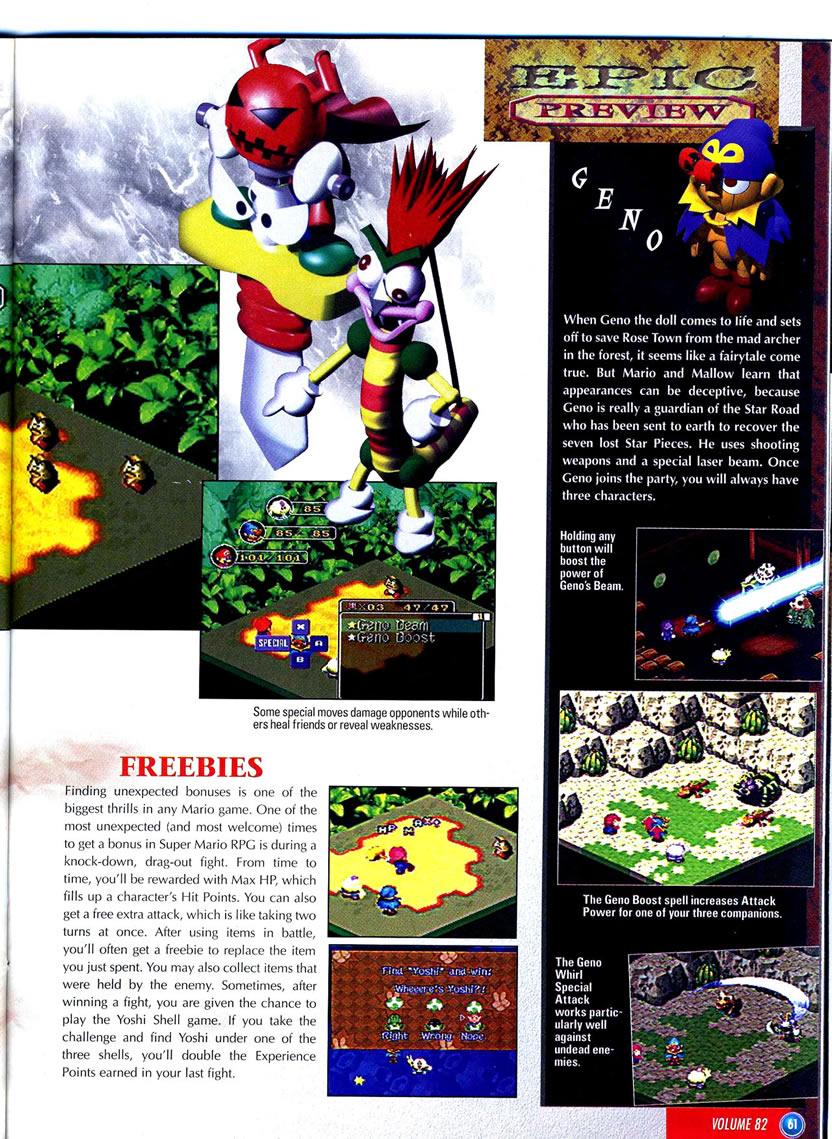 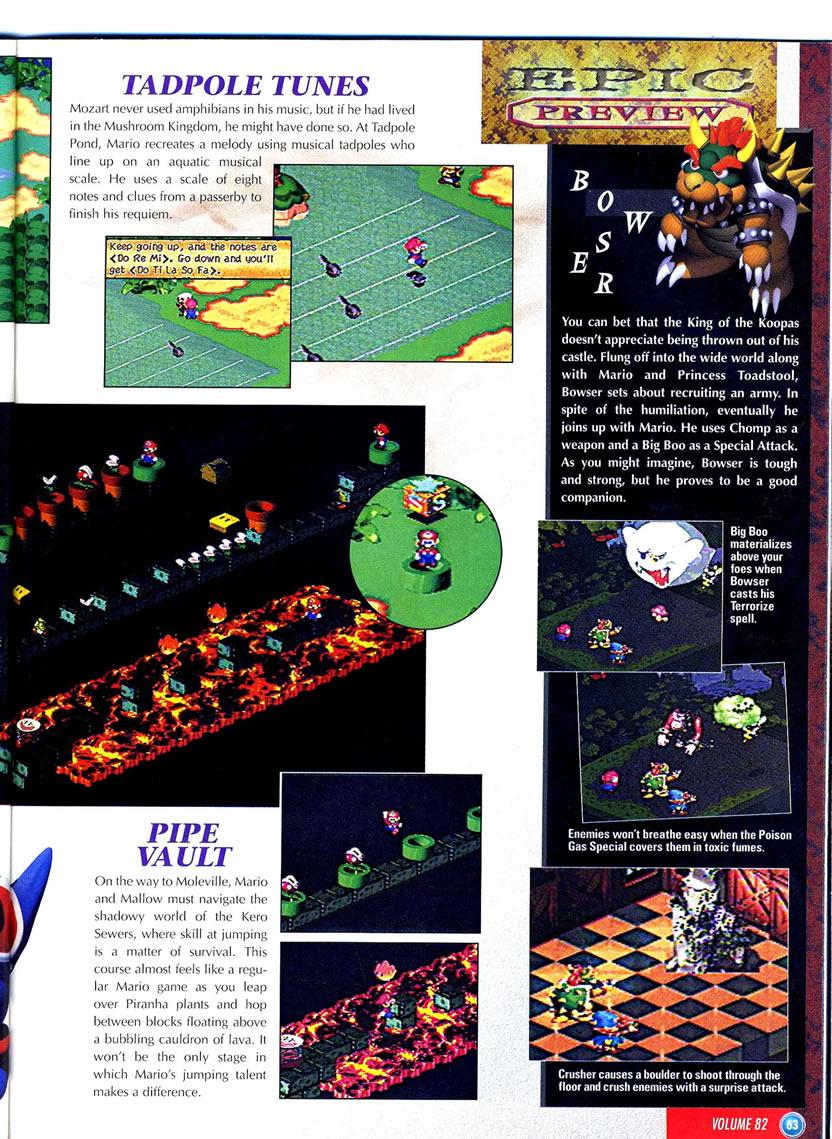