This two page spread on Super Mario 64 was part of a wider 31 page feature of upcoming games for the Nintendo 64. I've also included the cover from Nintendo Power Vol. 85 because it features Super Mario 64 artwork. This issue was published in June 1996.

Your world will never be the same. The new gold standard in video games has arrived. 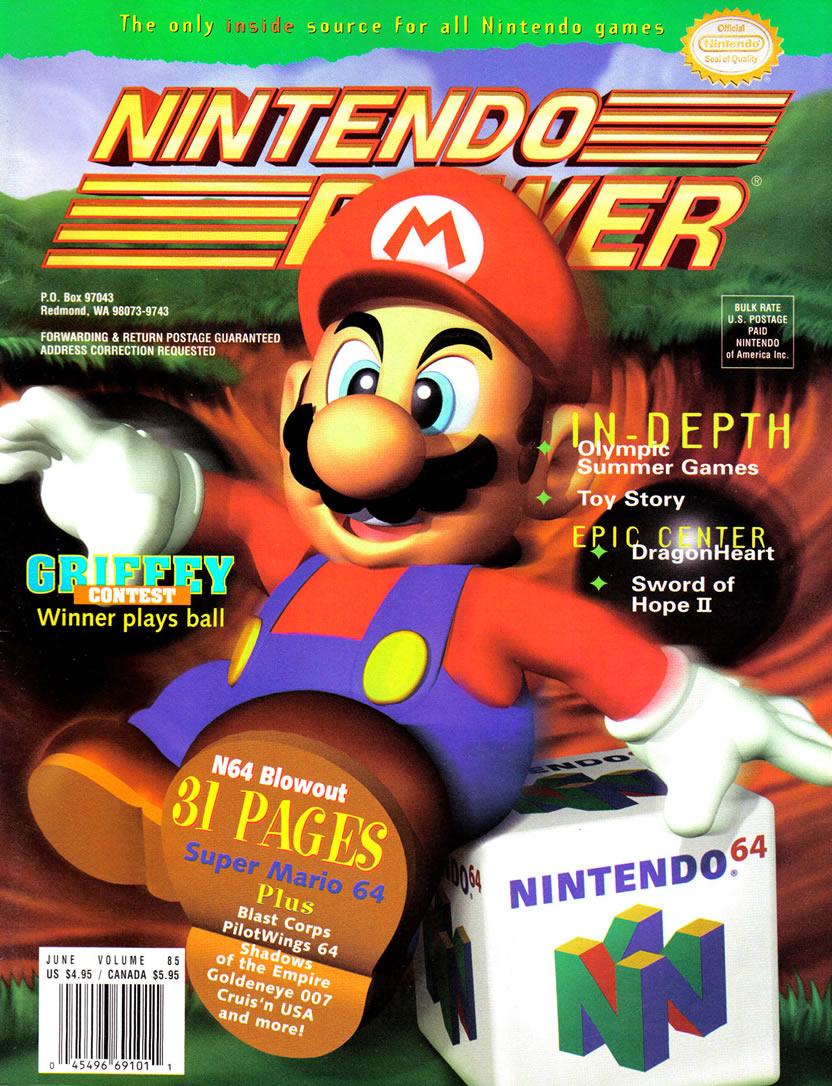 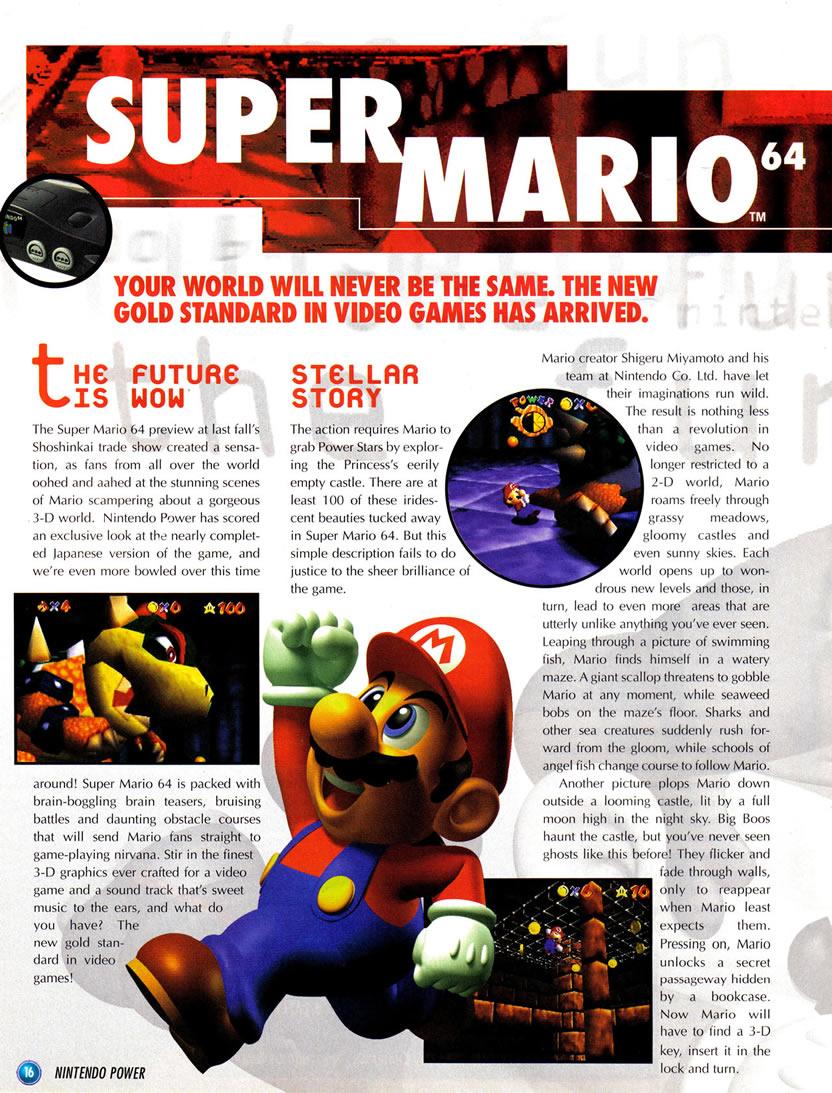 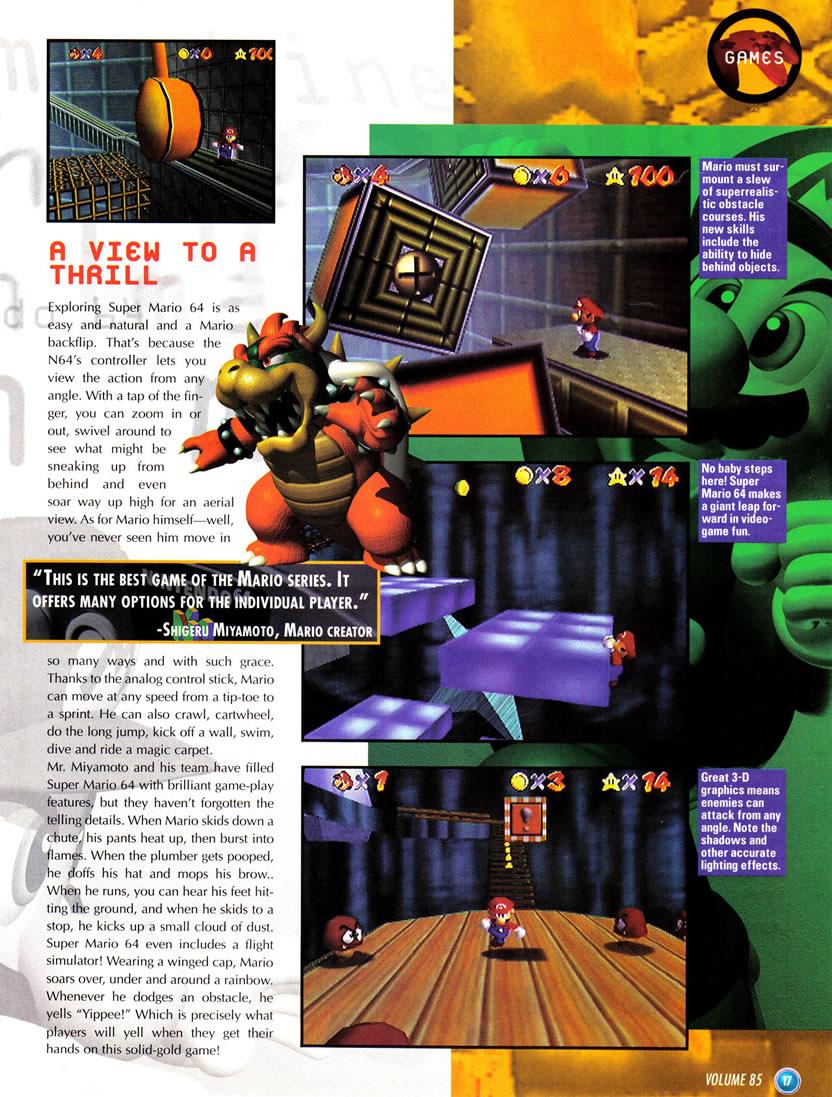